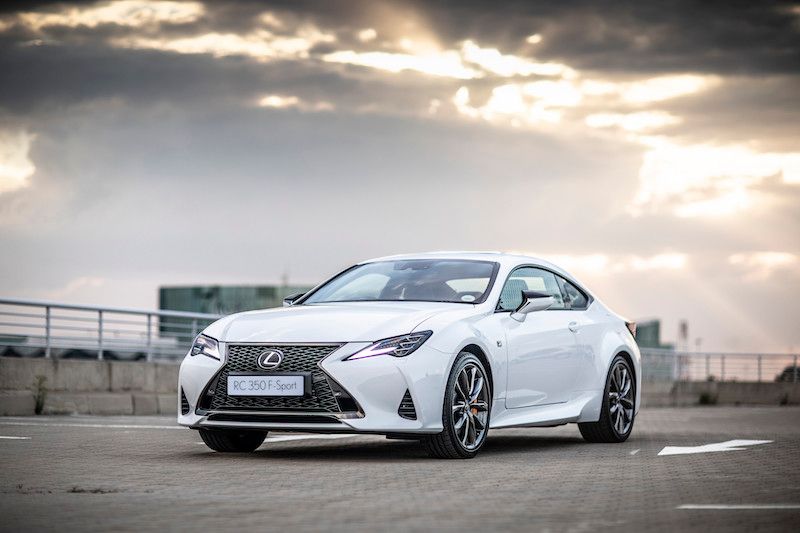 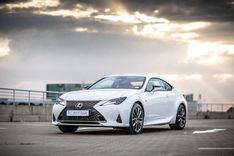 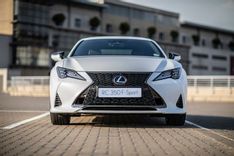 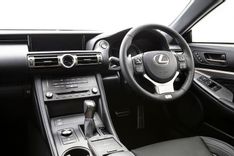 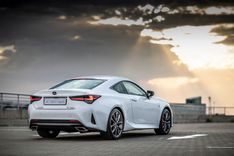 Lexus debuted its updated RC Coupe at last year’s Paris Motor Show, and now have released it the sporty coupe in South Africa.

The exterior styling remains as sporty as the original RC F Sport, but subtle changes in the details, inspired by the Lexus LC, imbue it with a new-found elegance. In typical Lexus style, there is still a massive model-specific grille up front, and it now gets LC-inspired 19-inch alloy wheels with grippier tyres which support excellent steering response, and give the coupe a wider stance. New shock absorbers, which provide significant damping force from low suspension stroke speeds, and stiffer suspension bushings have also been fitted, which contribute to a lower centre of gravity, all the while improving grip and handling.

The front bumper has been revised, with intakes that extend almost to the angular headlights, creating a contrast of shapes that gives the RC a truly unique face. The headlights are also new, and feature new L-shaped LED clearance lamps and extra-small triple LED headlamps, all of which add to the car’s more distinguished appearance.

At the rear, there are some minor updates too. Much like the original RC, there are air ducts incorporated into the rear bumper, however, these have been reshaped to resemble those seen at the front. Lexus claims that these aero tweaks result in better handling stability and an enhanced overall driving response. The rear combination lamps now house more pronounced L-shaped lenses that are a new signature design feature for Lexus coupes.

Lexus has always been at the forefront of technology and the RC 350 F Sport features some class-leading technology. The RC 350 F Sport is fitted with Adaptive Variable Suspension (AVS), which electronically controls and monitors all four dampers simultaneously to suit certain conditions and driving preferences; as well as an electric power-assisted rack and pinion steering (EPS) for agile driving, responsive steering feel and confidence-building straight-line stability. It also boasts the additional feature of Variable Gear Ratio Steering (VGRS) on the front wheels and Dynamic Rear Steering (DRS) on the rear as part of a three-fold Lexus Dynamic Handling (LDH) strategy.

In the spirit of a true driver’s car, Lexus has shunned forced induction and has retained its naturally aspirated 3.5-litre V6. Power remains largely unchanged at 232kw and 380nm, and is sent to the rear wheels via an eight-speed SPDS automatic transmission. Expect 0-100kph to come up in 6.3 seconds, while the 1,740kg coupe will max out at 230kph. Lexus claim the RC 350 will sip unleaded at a rate of 9.1L/100kms.

Lexus has trimmed down its RC range to now include just one model – the RC 350 F Sport – until the V8-engined RC F and RC F Track Edition arrive in South Africa towards the end of 2019. The RC 350 F Sport has been priced from R939 100, and boasts a best-in-class, 7-year/105 000km Warranty and Full Maintenance Plan as well as a Lexus Distance Plan Complete.