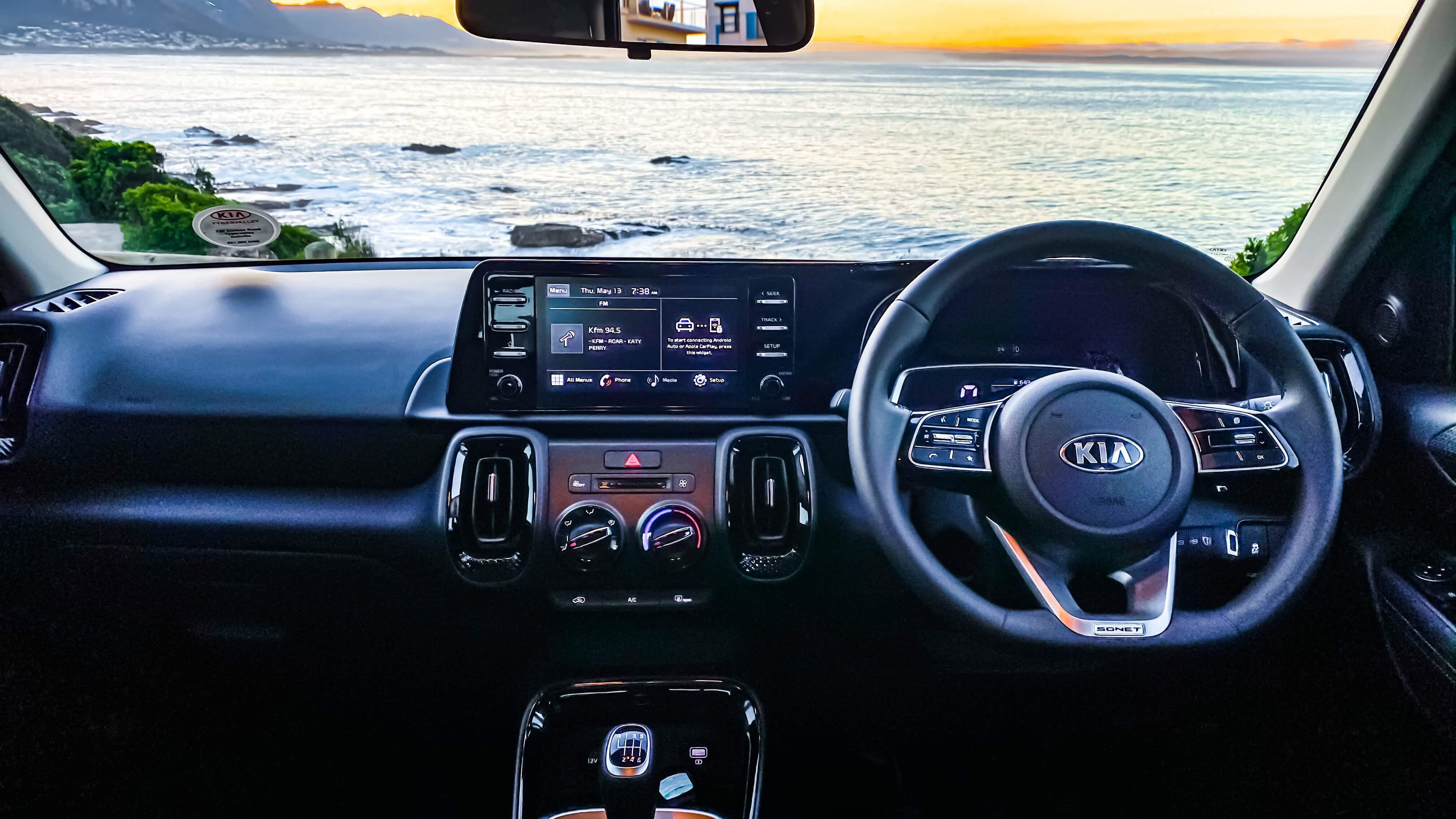 The small crossover market is bursting with appealing products. Every week brings with it yet another offering, hoping to entice buyers looking for chunky styling and an elevated driving position at a reasonable price. Kia has recently entered the segment, with the Sonet.

Positioned below the handsome Seltos, the Sonet is taking the fight to rivals like the Toyota Urban Cruiser, Hyundai Venue, and newly-launched Nissan Magnite. Like its bigger brother, it cuts a stylish figure. Kia’s signature tiger-nose radiator grille dominates the front end, flanked by sculpted headlamps. The overall styling effect is rather athletic, particularly in EX guise.

Currently, Kia offers just one engine option with the Sonet. Thankfully, it’s a goodie. The naturally aspirated 1.5-litre four-pot produces 85 kW and 144 Nm, and is mated to either a five-speed manual of CVT automatic. On our scenic drive to Hermanus, it’s the manual that impressed the most. The CVT is decent, but the five-speeder lends the Sonet a bit more grunt.

There are just two trim levels to choose from - the base-model LX and the plusher EX derivative. It may be the entry-level model, but the LX is comprehensively specced. Convenience features, such as a height-adjustable driver’s seat, Bluetooth, and all-round electric windows are standard, But the nice-to-haves haven’t been forgotten, either - Apple CarPlay/Android Auto, a reverse camera, and automatic headlamps make the cut, too.

The posher EX has everything the LX has, plus rear parking sensors, 16-inch alloys, a leather-trimmed steering wheel, and gear shifter and a host of other features. On the safety front, all models are equipped with dual front airbags, ISOFIX child seat mountings, ABS with EBD and Stability Control.

Step inside the Korean crossover and you’re greeted by a solidly constructed cabin. An eight-inch infotainment screen sits in the centre of the facia and is fairly easy to operate. All the main controls are logically placed and the interior is very well thought out. Despite the impressive overall build, there are one or two surfaces that feel cheap - although this is to be expected at this price point.

Despite the compact exterior dimensions, there is plenty of space within the well-packaged cabin. Courtesy of the generous adjustability on the driver’s seat, it’s easy to dial in your preferred position. On the road, the naturally aspirated powertrain performed admirably on the Cape’s roads, providing adequate levels of performance at sea level. The CVT, while more convenient, didn’t feel as alert as the five-speed. Refinement is another hallmark of the Sonet, which surprised with its lack of road noise and well-chosen ride.

Despite the lack of a turbo, the little Sonet seemed to have a small thirst for unleaded. Kia claims an average fuel consumption rating of 7.0 L/100 km - but Korean manufacturers always tend to err on the side of caution. We saw a figure closer to 6.0 L/100 km during our time with the crossover.

What will it cost me?

The range kicks off at a perfectly reasonable R264 995 (for the LX manual) and tops out at R305 995 for the CVT-equipped EX. Apart from being well-priced, the Sonet also boasts Kia’s impressive five-year, unlimited km warranty - which includes roadside assistance - and a four-year/60 000 km service plan.

Our first impression of Kia’s first compact crossover is a largely positive one. Like its bigger brothers, the Seltos and Sportage, it is a polished product offered to consumers at a hugely competitive price. Add Kia’s reputation for customer service into the mix, and the Sonet becomes difficult to ignore. It vies for a slice of a popular pie, in a segment full of appealing choices. But if our first flirtation with the Sonet is anything to go by, thousands of crossover obsessed South Africans will be making space for one in their garages.

Buy a new or used Kia Sonet at a great price.
We put you back in control, make a single request and get up to 3 quotes from dealers nationally.
Coming soon