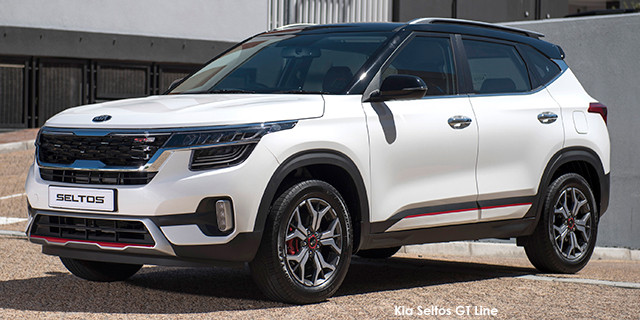 South Korean automaker Kia has finally released its Hyundai Creta rival, the Seltos. The car was introduced in November 2019 to dealers; however, the national media launch only took place very recently. We travelled down to picturesque Western Cape, to sample the new model.

The Seltos most certainly inherits the Kia family face, with the familiar 'tiger-nose grille', LED headlights with a blade-like design as well as LED taillights and 3D multi-layer indicators.  Its shoulder line provides a muscular stance while at the rear, its LED taillamps, thick chrome strip and angular surfaces ake for a handsome crossover SUV. In GT-Line specification, the Seltos gain features such as a front splitter, a faux rear diffuser and diamond-cut alloy wheels.

The interior is similarly impressive, with a 10.25-inch touchscreen infotainment system with Apple CarPlay and Android Auto connectivity as well as Sound Mood Lighting along with an optional eight-speaker Bose audio system. Other niceties for a car in this segment include an 8.0-inch Head-up display on higher-spec models, soft-touch materials in the areas that count and comfortable, decoratively-designed seats, regardless of the model on offer.

On offer to the press at launch were EX+ and GT-Line derivatives and which both display a high-quality fit and finish. The GT-Line features leather-trimmed dashboard and interior door handles with sporty red stitching.

The Seltos range comes with six airbags as standard, along with Vehicle Stability Management which includes traction control and electronic stability control. Although rear passengers do benefit from reasonable space, the most noticeable increase in size in comparison to its direct competitors is in the luggage compartment, offering 433-litres.

The first car sampled by the AutoAdvisor team was in the EX+ derivative with a 1.6-litre petrol motor which produces 90 kW and 151 N.m mated with a six-speed automatic gearbox, which lacks the sort of punch that car in this price bracket needs. The real gem of the range is the 1.4-litre turbocharged petrol motor in the GT-Line which provided us with 103 kW and 242 N.m of torque. The power delivery and gear changes from the seven-speed dual-clutch transmission were noticeably better in the GT-Line.

The Kia Seltos joins an incredibly vast and sometimes confusing segment of crossover SUVs. It has space, a unique design and an impressive tech-filled cabin on its side. As a value proposition with a premium look and feel both inside and out, we should be seeing many a Seltos on local roads.

The Kia Seltos comes standard with a five-year/unlimited-kilometre warranty including roadside assistance and a five-year/90 000km service plan.

Buy a new or used Kia Seltos at a great price.
We put you back in control, make a single request and get up to 3 quotes from dealers nationally.
Coming soon