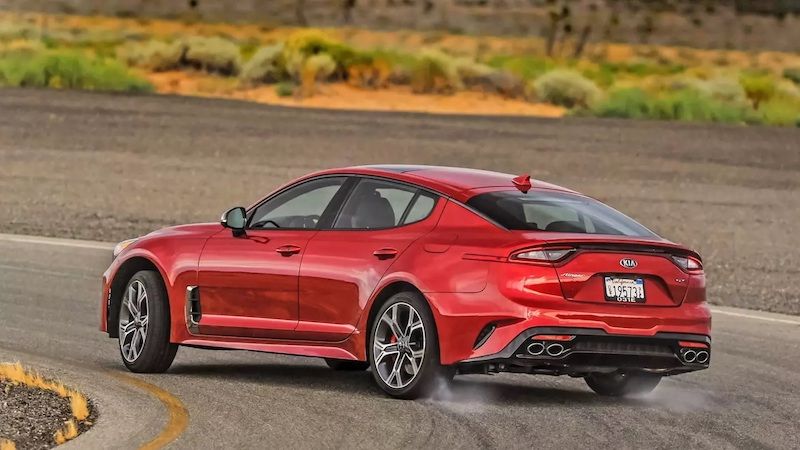 With South Africa’s biggest motoring event set to take place this weekend, Kia is readying itself to give attendees #AllTheRightSmiles when they visit the Kia Motors stand.

We are of course talking about the SA Festival of Motoring, and the festival is set to take place this weekend at the home of motor racing in Africa – Kyalami. Kia’s attendance this year, co-incides with their 20th anniversary in South Africa, and because of that, the South Korean automaker is ensuring its entire product line-up is on display to delight fans.

Following its much lauded public debut in 2017, the sublime Kia Stinger also returns to Kyalami this year, and will again challenge the status quo with its unique blend of style, comfort, luxury and performance. In addition, Kia will exclusively host a group of very excited Stinger owners on 30 August 2018 in anticipation of delivery later in September.

Joining the best-selling Picanto, the stylish Rio, and the evergreen Sportage, the significantly enhanced Kia Grand Sedona will make its public debut at this year’s Festival of Motoring. Set to launch in September, the Grand Sedona receives a cosmetic update inside and out, as well as a notable enhancement to its drivetrain and standard specification.

For Kia, the 2018 SA Festival of Motoring is however all about creating smiles. In celebration of its long-standing support of the Smile Foundation, Kia will this year donate R10 to the organisation for every visitor who completes a Kia test drive – either through a professional drive or on the self-drive track.

There will also be a mini cyclethon activation on the Kia stand, challenging vistors to try and beat a Stinger around the famed Kyalami race track. For every visitor that attempts to beat the Stinger, KIA will donate an additional R10 to Smile Foundation. Match the Stinger’s time, and that donation increases to R100. Beat the Stinger, and Kia will donate R500. The funds raised through this activation will enable Smile Foundation to help even more children in need of corrective plastic and reconstructive facial surgery.

The Festival of Motoring takes place at Kyalami Grand Prix track and runs from the 31st August to the 2nd September.