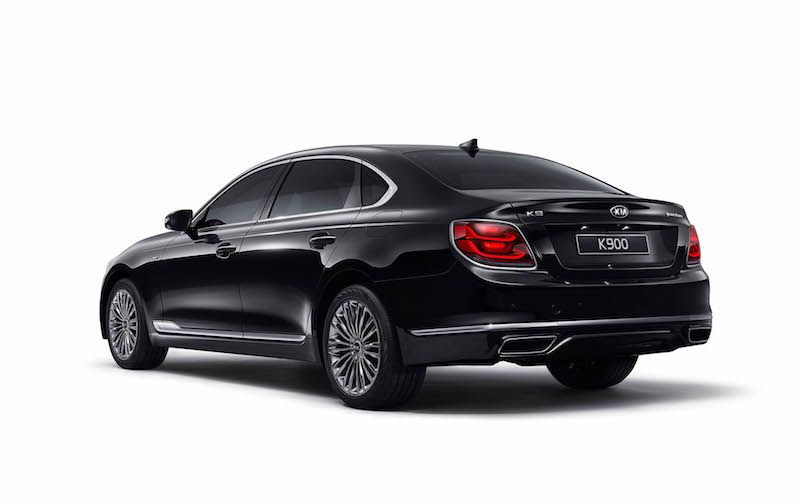 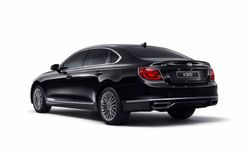 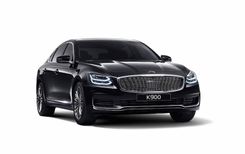 This is Kia Motors's flagship, the K900. The luxury sedan is expected to bow at next week's New York International Auto Show.

The K900 is actually positioned against the Mercedes-Benz S-Class, BMW 7 Series, Audi A8 and the Lexus LS. Kia says the K900's design is based on a concept called "Gravity of Prestige," which certainly has resulted in a restrained, tasteful sedan without gimmicks.

Kia mentions the new "Quadric Pattern" front grille on the K900 as having 176 "jewel-like" cells, which create an illusion of energy much like the spindle grille on the Lexus LF-1 Limitless concept; the headlights in turn are inspired by "the trajectory of light," and are called Duplex Comet lights.

No official images of the cabin have been released, though the company has already confirmed a 12.3-inch digital instrument binnacle, a large central infotainment display, and interior ambient lighting configurable in 64 different ways. Enclosed in the centre of the dashboard will be an analogue clock, designed specifically for the new limousine by Swiss luxury watch brand, Maurice Lacroix.

KIA Motors South Africa will not be releasing the K900 locally.