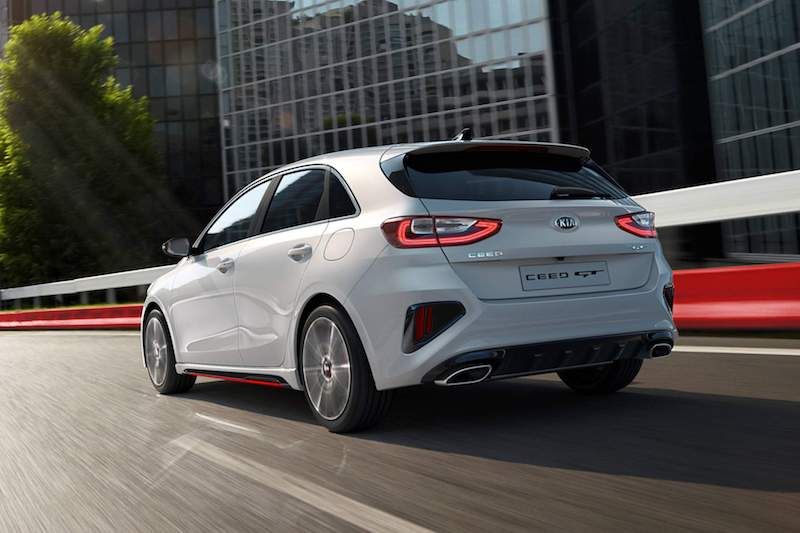 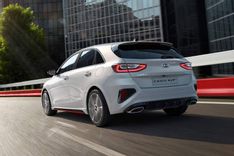 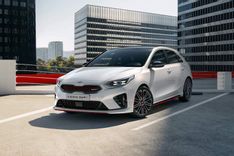 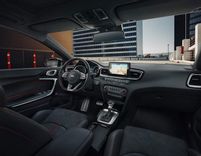 Ever since Hyundai's i30 N hot hatch broke cover, we knew that Kia Motors was working on a hatch of their own. However, in the lead up to its reveal, we learned that it would not be an all-out hot hatch like its Hyundai relative, but more a 'warm hatch', similar to the Renault Megane GT. This is the new Kia Ceed GT and it will officially debut at the Paris Motor Show next month.

It also gets a 7-speed dual-clutch transmission as an option alongside the standard 6-speed manual. Paired with the dual-clutch option is a Drive Model Select system, which allows the driver to toggle between Normal and Sport modes, each of which alters the character of the motor and transmission. And much to chagrin of petrolheads, it has an electronic sound generator to enhance the sound of the motor as well.

Its stance has also been altered, thanks to stylish multispoke 18-inch alloys shod with Michelin Pilot Spot 4 rubber, and a sport suspension comprising stiffer dampers and sport springs that sees the GT sit 5mm lower than the standard Ceed. Beefier anti-roll bars have been added, and Kia has added other enhancements to make their steering input 17% faster, resulting in sharper handling. Kia also retuned the Vehicle Stability Management (VSM) to allow more exuberant driving, while torque vectoring by braking is also part of the package.

Compared to the regular Ceed, the GT is easy to spot, thanks to a sporty new front bumper with larger air intakes, a dark chrome grill, some red highlights around its honeycomb pattern, and subtle GT badging. It also get more pronounced side skirts, while the rear gets a meaty diffuser and a larger roof spoiler to further emphasize its sporty credentials.

The Ceed GT features a series of changes to its cabin to separate it from non-GT models in the Ceed family line-up, with a sportier interior ambience. The GT variant is built around the same ergonomic cabin architecture as other models in the Ceed line-up. At the centre of the dashboard is Kia's 'floating' touchscreen infotainment system – up to 8-inches wide - with audio and heating and ventilation controls situated below.

Front passengers in the Ceed GT are held in place by Kia's new sports seats. Created exclusively for the model, these seats are said to provide larger, firmer side and thigh bolsters compared to the original cee'd GT. Seats are trimmed in black leather and suede, and finished with red stitching and a red-stitched 'GT' logo in the seat back.

Kia Motors South Africa has previously said that the new Ceed would be released locally, but to date no release date has been confirmed.