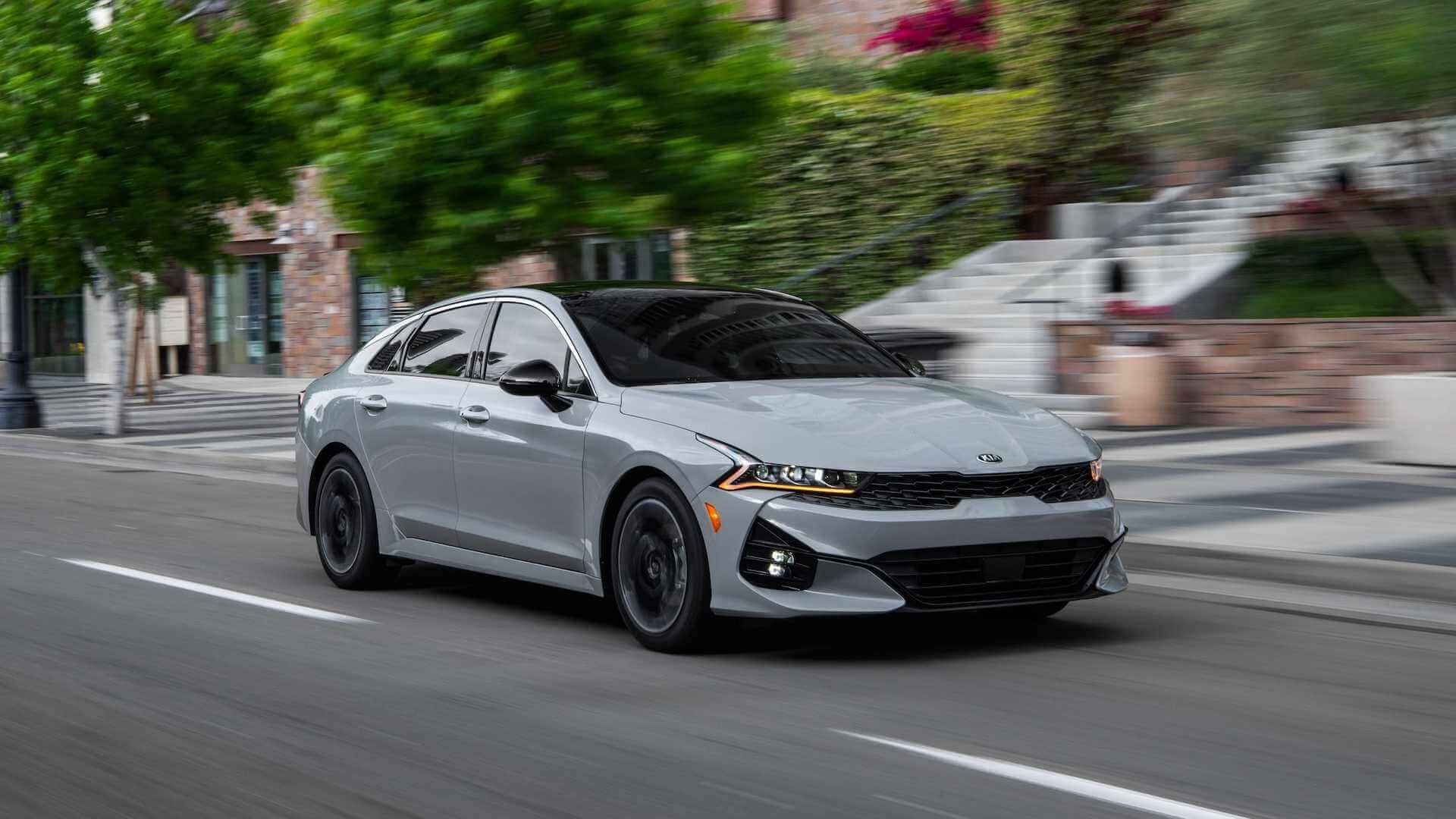 The mid-size sedan segment may not be as in demand as before but that does not mean that brands have ignored the segment completely. The latest 2021 KIA K5 does hope to revive its mid-sedan market and will be replacing its now dead KIA Optima. The KIA Optima came into the market in 2000 and was made as an alternative way to compete with the Honda Accord and Toyota Camry. After spanning for nearly two decades, KIA has finally decided to retire the Optima nameplate for good.

The new KIA K5 will be built from the ground up. Its design promises to be both sleek and modern. The KIA K5 will come with a 1.6-liter turbocharged four-cylinder engine which will serve as a base engine for all trims. Those seeking a more sports-driven derivative will most likely find comfort in the GT models. The GT models will come with a 2.5-litre engine and will produce 216kW. All models come paired with an eight-speed automatic transmission and will be standard in front-wheel drive, with all-wheel drive being an option.

The KIA K5's bold new approach already sets it apart from the Optima, making it a more attractive proposition. The days of getting KIA's distinctive tiger face grille are no more, as the K5 gets a Stinger styled front grille. The cabin of the K5 is built to be sophisticated and comes with features such as wood trim on the dash and doors. To ensure a modern touch, passengers are greeted by either an eight- or 10.25-inch touchscreen which comes paired with a 12-speaker Bose sound system. The K5 will benefit further from safety features such as lane following assist and driver attention warning.

Although the KIA K5 will replace the current Optima, it will sadly not be hitting the shores of SA. Despite this KIA is confident that its latest model will have what it takes to steal the sales of other established nameplates.