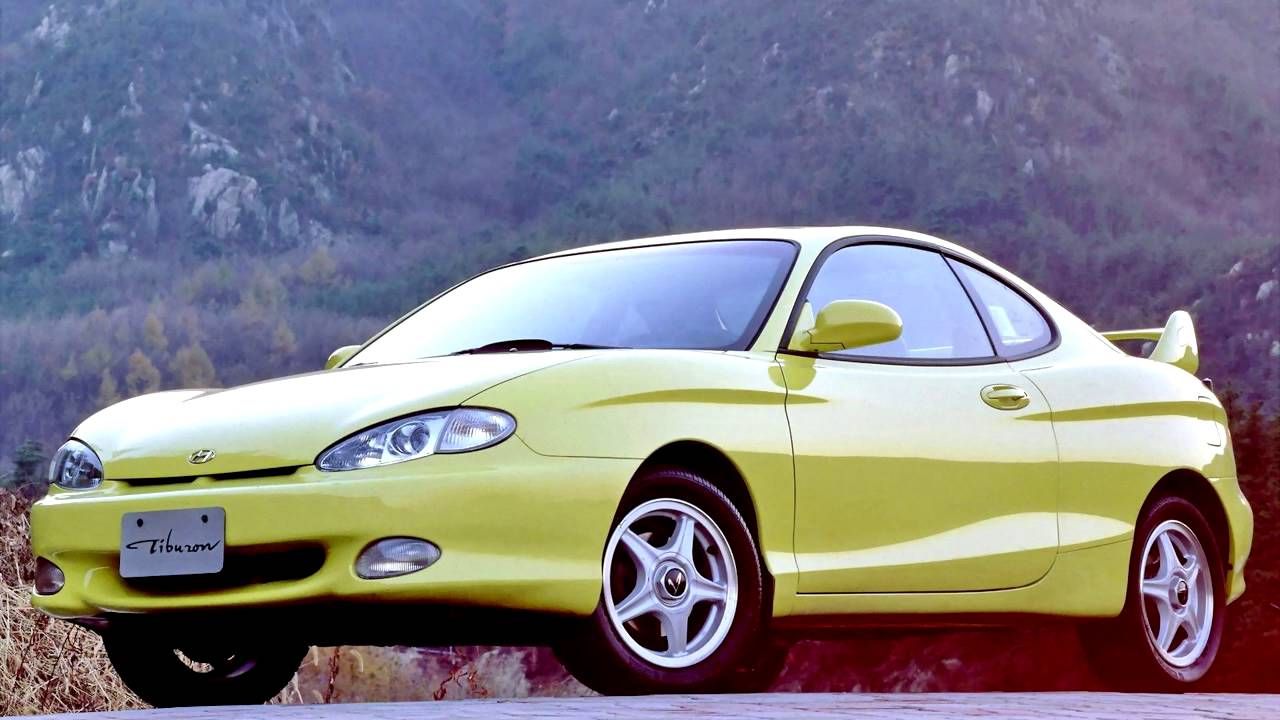 The Tiburon, being Spanish for shark, was the first Hyundai really tasked with transforming Korean automakers image from worthy but ugly duckling into chic swan.

The wind-cheating sports car replaced the boxy S-Coupe and was designed at Hyundai’s California Design Centre, and incorporated contemporary, upscale flair, whilst costing the same as a 5-door hatchback.

Powering the sleek 2+2 coupe was a 2.0-litre DOHC Beta motor that produced 102kw and 182nm – the most powerful 4-cylinder Hyundai then had on offer - boasted silicon impregnated pistons for strength and durability in dealing with a high 10.3:1 compression ratio. Power was sent to the front wheels via a 5-speed manual.

It was brisk, but in standard guise not quick enough to harass of its competitors in the acceleration stakes, posting a slower 0-100kph time than the Nissan Sabre 200STI, Honda Civic Coupe VTEC and the Mazda MX-6. In private testing, it did manage to reach a top speed of 212kph though.

The 1173kg Tiburon featured a Porsche-developed handling package to back up its sporty image, as well as great communication skills via a direct rack-and-pinion steering system, low mounted supportive seats, and smoothly functioning pedals. Its least appealing feature was the selector’s clunk-prone shift though.

Interesting, Hyundai understood the image-maker it was sitting on, and offered a Hyundai Motorsport version of the Tiburon. The Hyundai Motorsport car swapped out the standard 15-inch wheels for 16-inch TSW wheels at an additional cost of R5500, and was fitted with 20mm drop springs. Upping the power minutely was a free-flow exhaust system that added R2900 to the cars purchase price.

The optional rear wing (R2375) was modelled on the Porsche RS appendage in a not so subtle fashion, and gave the Tiburon an even more menacing predatory presence. While other options included a sunroof at R4500.

For just R114 950 in 1997, buyers could buy a vehicle that looked great and handled like a real sports car. Sure the performance wasn’t awe inspiring but it was a willing performer nonetheless. Hyundai knew the car was crying out for more power, and knew that the engine was strong enough to take more than the factory could dish out, hence the Hyundai approved CRD and SAC versions that were launched together with the Hyundai Motorsport version.