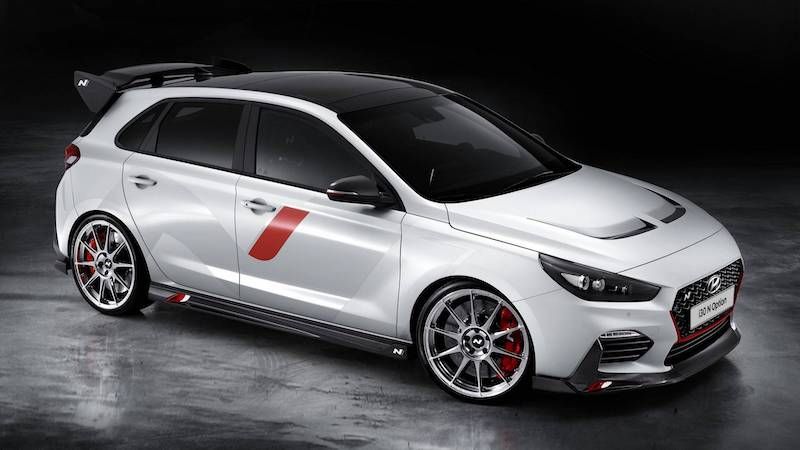 Hyundai is taking lessons from BMW. First they created their equivalent of BMW M, named the N Division, and now, they have added their own version of M Performance Parts in the form of the their N Option.

This new range of performance parts was showcased at the Paris Motor Show with the reveal of their i30 N 'N Option'. A car that sends out warning shots to all rivals in the hot hatch segment that Hyundai is on the warpath and taking no prisoners

The one-off matte white showcar is apparently intended to showcase the next wave of assault in terms of outright customization, and just how extreme Hyundai's N Division can get. The 'N Option' is said to feature 25 new parts fitted to the already great i30 N, with these including lightweight 20-inch wheels wrapped in Pirelli P Zero Trofeo R tyres, a massive carbon rear wing carrying the N emblem, a carbon hood with integrated air vents, exaggerated side skirts, a purposeful diffuser and the N grille surrounded by a red character line. Even the brakes look larger than the ones on the standard i30 N.

The interior has also benefited from the 'N Option' too, and now features a carbon trim throughout the cabin, an Alcantara wrapped sports steering wheel and dash, and heavily bolstered sport seats. Hyundai did not disclose any engine modifications, so we can assume the motor is still the 2.0-litre turbo mill that produces 202kw as in the i30 N Performance, whilst being paired with a standard 6-speed manual.

No news on when these parts will be available to the public though, but considering how quickly Hyundai is working, it's likely to be very soon. While Hyundai South Africa initially said they were conducting feasibility studies to see if it would be viable to launch the i30 N locally, but it now seems that the i30 N will not be launched locally, with Hyundai apparently claiming that its selling price would be too high for South African motoring enthusiasts. A sad day no doubt….