2021 Hyundai Kona N has been confirmed 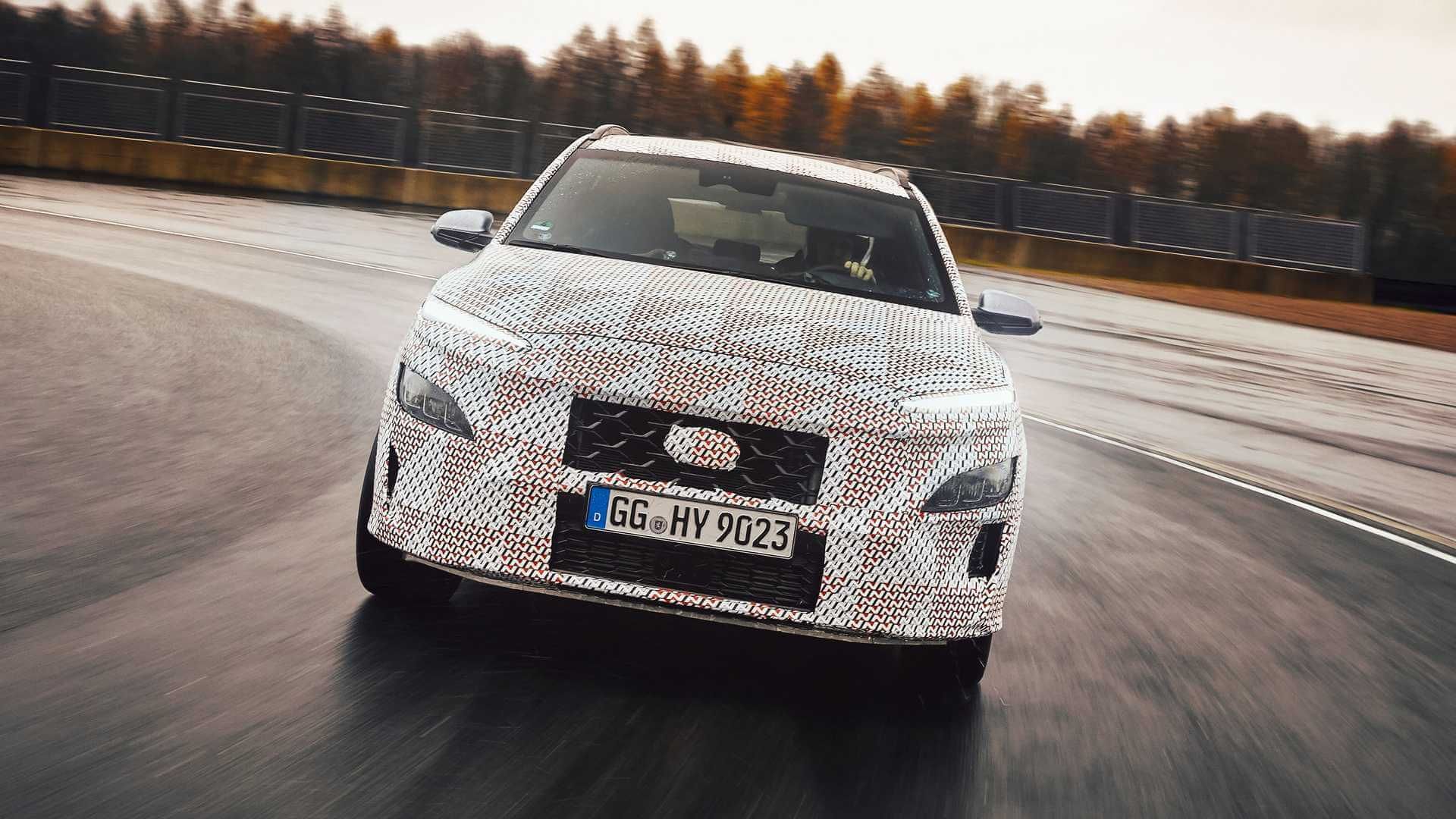 2021 Hyundai Kona N has been confirmed

Hyundai recently revealed that the Kona would be receiving the N treatment. The Kona SUV has been around since 2017, making it still relevantly new to the market. It seems that this SUV trend is still in full swing, so Hyundai's decision to add a bit of power to the Kona only made sense.

Details around the Kona N are for now very limited, as Hyundai only gave us a mere teaser release. However, looking at the prototype shots makes it clear that the Kona N will look more aggressive. The more prominent bumper and side skirt extensions certainly make the Kona N look more appealing. The rear further emphasizes its sporty influence as it features a new rear spoiler and sizeable twin-exit exhaust pipes. The Kona N will also get some new rims and red-painted brake callipers to exude its presence on the road.

In terms of how much power the Kona will have, it's is still unknown. But Hyundai has confirmed that the Kona N will be receiving a 2.0-litre turbocharged petrol engine and will come equipped with an eight-speed dual-clutch automatic transmission. As speculated, many assume that the Kona N will have the same power output as the Veloster N, which currently sits at 205kW. If this is true, the Kona N is sure to make an impact in the SUV market.

One can only expect that the Kona N will be getting the same N inspired cabin like the others within its range. Which includes sports styled seats, specific trim detailing, and highly configurable drive modes. Hyundai has also yet to confirm if the Kona N will feature front- or four-wheel drive. As it stands, everything is hazy in terms of specs and information, but we are confident that the Kona N will be turning a few heads when it hits the market. No official dates have yet to been given, but rumours have it that it might be in 2022.