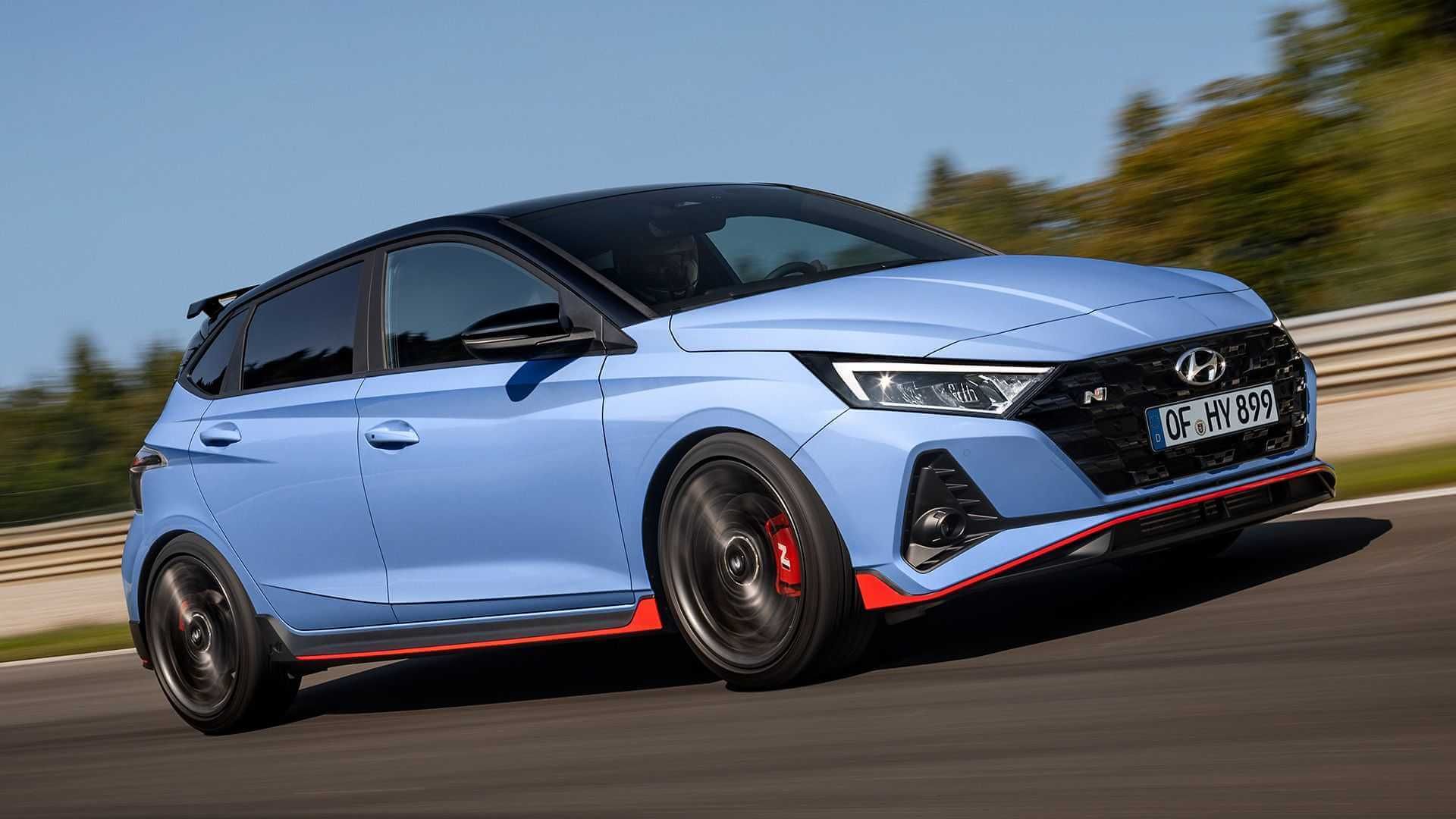 In a world where powerful SUV’S and sedan’s hold more popularity, it seems that powerful small cars are losing their fame. Now there are the exceptions of VW Polo GTI and Ford Fiesta ST, which still somehow manage to meet the demands of this humble market. Hyundai hopes to stay in the competition by revealing the all-new 2021 Hyundai i20 N. This high-speed N model will be based on Hyundai’s award-winning i20 Coupe WRC rally car.

The new i20 N is instantly recognizable and that is due to its bright baby blue colour, Hyundai is calling is “Performance Blue”, which odd when all you can really picture is a speedy smurf. Under the hood, the latest i20 N comes packed with a 1.6-liter turbocharged four-cylinder engine that produces 152kW and 275Nm of torque. It also comes with an intercooler and special water pump. Hyundai hasn’t announced the car's acceleration numbers or the top speed, so one can only wonder how it would compete with its rivals, the Ford Fiesta ST and VW Polo GTI. The i20 N will only be available in a good old fashion six-speed manual transmission.

In terms of the exterior, the new i20 N defiantly looks the part, it has a new front bumper that features larger air intakes, a new lip spoiler, new rear and side skirts as well as badass roof spoiler which was inspired by the WRC rally car. The spoiler isn’t the only thing that’s similar to the WRC rally car, in fact, the new i20 N will even weigh as much as the award-winning rally car. The new i20 N will be riding on 18-inch Matte Gray alloy wheels and will be accompanied by Pirrelli P-Zero ultra-high-performance tires, as well as N-branded brake calipers. At the rear, we have new modified rear lights, a sporty rear bumper that comes with a diffuser as well as a single large exhaust pipe. The single exhaust pipe may not look like much but does promise to deliver a racing-inspired sound and this is because the i20 N comes will come with an electric sound generator.

The inside of the new i20 N will come with new sport seats with integrated headrests, an N designed steering wheel, a digital instrument cluster as well as Hyundai’s N Grin Control System which is used to adjust the driving modes. Other standard features include Apple CarPlay/Android Auto connectivity, a 10.25-inch infotainment touchscreen, and the latest version of Hyundai Bluelink. To further ensure that your experience with the new i20 N is feeling extra sporty, it also comes with a rev-matching feature that is accessed through the red button located on the steering wheel. The i20 N will be available with Launch control, as well as five drive modes which include Normal, Eco, Sport, N, and N Custom.

When it comes to safety, the new i20 N will come standard with Hyundai SmartSense, this will include forward collision avoidance, lane departure warning, blind-spot collision warning, lane following assistance, and automatic emergency braking.