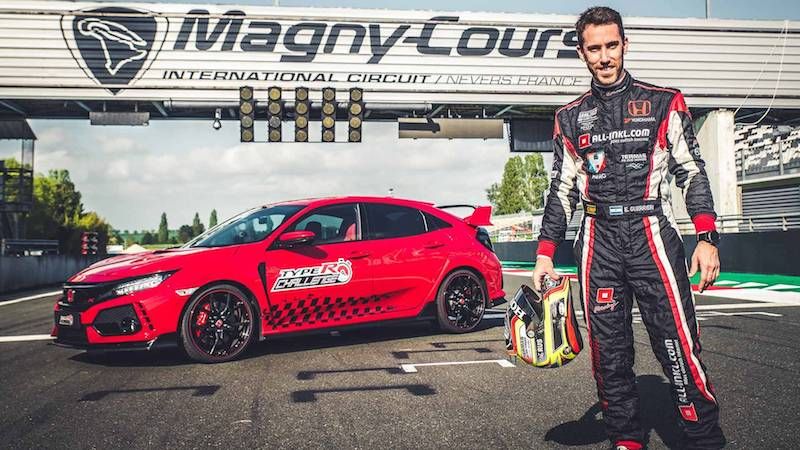 The Honda Civic Type-R is an impressive piece of machinery. Not only is it the quickest front-wheel production car to ever lap the fabled Nurburgring, but it’s also the fastest car in its class.

Much like the FK2 Type-R it replaces, the FK8 is powered by a 2.0-litre turbocharged VTEC motor with Earth Dreams technology. The result is an impressive 228kw and 400nm – making it far more powerful that its rivals from Volkswagen and Renault. The motor drives the front wheels through a 6-speed manual transmission – the only transmission on offer. This translates to 0-100kph in 5.8 seconds, while it’s been known to run to over 280kph!

Last year it shattered the Nurburgring record for FWD cars – previously held by the limited edition Volkswagen GTI Clubsport S, and this year Honda is embarking on an adventure to add more lap records to its already sparkling resume.

Recently Honda took FIA World Touring Car Cup driver Esteban Guerrieri and a production spec FK8 Type-R shod with road-legal tyres to Circuit Nevers Magny-Cours in France, where the 235kw (UK spec) hot-hatch lapped the 4.4km circuit in a time of 2:01.51 - the quickest ever time for a front-wheel drive car at the French track.

For reference, Guerrieri’s lap time was quicker than much pricier and more powerful cars – notably the Mercedes-AMG C63 S Coupe, the BMW M2, the Ford Focus RS, and the Audi RS3 to name just a few.