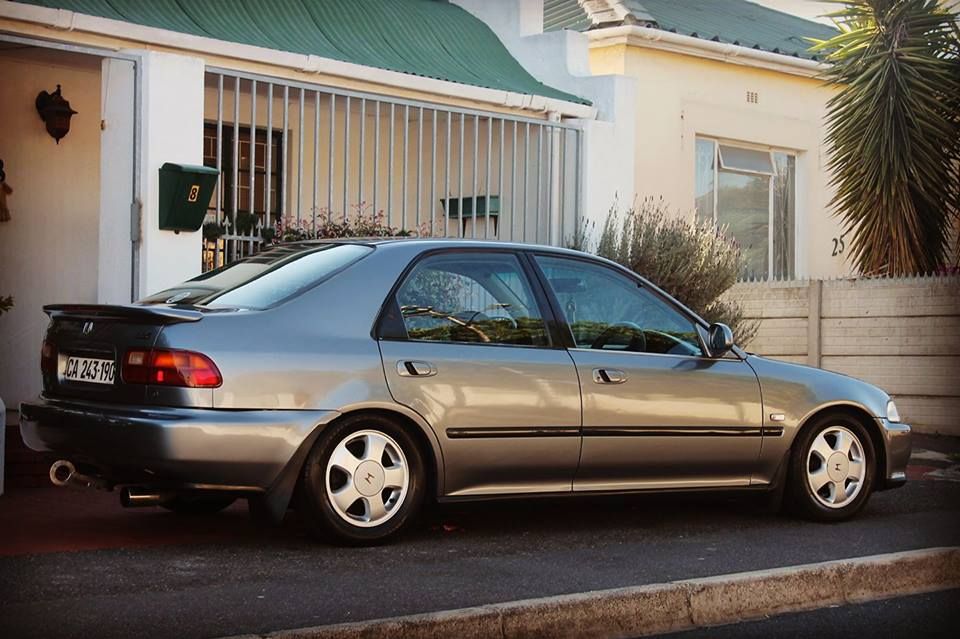 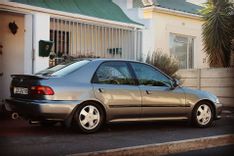 Be it in Formula 1 or with road cars, Honda is always at the very pinnacle of engineering.

While the FK8 Civic Type-R sports one of their most innovative and expressive designs at present, the ‘SR4’ Ballade of the early 90s was another car that pioneered Honda’s forward thinking design philosophy.

Launched in 1992, the ‘SR4’ range was originally topped by a sporty 160E derivative. Under its hood was a high-revving 1.6-litre DOHC 16V motor that produced 97kw – a figure that was hugely impressive for a little 1600 motor. The problem was, that motor worked well in the lightweight CRX, but was blighted by the 1.2 ton bulk of the Ballade. It did prove to be adequately brisk at the coast, but was rather lethargic at the reef.

This was a major problem, so Mercedes-Benz SA – the then local manufacturer of Honda’s – sat down with Honda Japan to start work on a joint solution to the problem. This collusion led to the, unique-to-South Africa, 180 range of Ballades. The D16 ZC was binned in favour of the Integra-sourced B18B3.

In fact, over 200 parts changes were required to accommodate the new motor, with an additional 100 changes on models equipped with the automatic. While VTEC engines were already available overseas, they weren’t compatible with our leaded fuel at the time, hence the decision to install the torquey B18B3.

The 1834cc DOHC motor produced the same 97kw as the ZC, but achieved its peak torque of 168nm at 5,000rpm versus the ZC’s 142nm at 5,700rpm. This gave it enough performance to delight just about any driver – especially when you consider it boasted superior performance to the Golf GTI of the time. At the reef, it achieved a 0-100kph time of 9.96 seconds, whereas the GTI could only manage 11.72 seconds.

Since the B18B3 belonged to the B-series family of engines, ease of modifiability was never an issue. To this day, some 24 years later, it still remains a favourite among enthusiasts. Available with either a 5-speed manual or a four-speed automatic, the 180 was available either as a 180i Spreeline, or range-topping 180E Luxline.

The Luxline featured everything from soft leather seats (that almost melted over time), a freezer-like aircon, full electrics and ABS, while a sunroof and metallic paint were the only options. The sporty 180E ran on a high-tech and rigid chassis with four-wheel double wishbone suspension, which encouraged enthusiastic driving.

One just needs to look at the success of these SR4’s (EG in Japan) in various racing series’ in their home market to realise how geared they are towards sure-footed handling. It was even immortalized in The Fast and The Furious. The superbly engineered Ballade 180E debuted in March 1994 with a price tag of R99 450, but was discontinued when the S04 Ballade 180i arrived in April 1996, together with its screaming B16A VTEC-engined brother in tow.

Interestingly, because of the sportiness of the 180E, for the first time, it allowed the Ballade to appeal to a wider market, including males – a market Honda wasn’t able to conquer until the SR4 180E arrived. The Ballade 180E remains a bulletproof option for anyone wanting an affordable sporty sedan, with incredible modifying potential, and with timeless good looks.