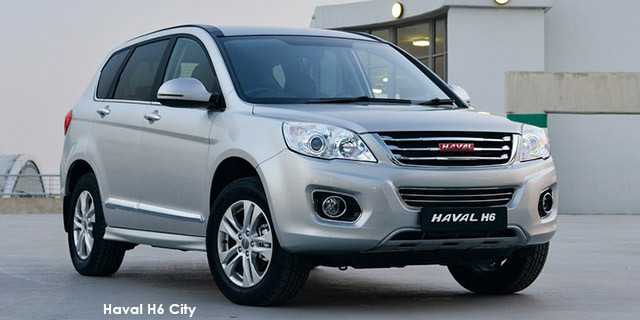 The Haval H6 is performing really well in South Africa and even better back in China. It’s won a couple of big awards and Haval claims to be selling around 20,000 units of the H6 per month back home. It’s not difficult to see why the H6 does well. It’s big, spacious and features what looks like an impressive engine. We tested a Haval H6 for a week to see if it lived up to the hype.

The design of the H6 isn’t too dramatic and follows the direction of traditional SUV’s with smooth contours, chiselled shoulders and some chrome details here and there. One could even call the design of the H6 ‘premium’ considering features like 17-inch alloy wheels, full colour-coding with chrome detailing, roof rails, daylight running lamps and privacy glass. It’s not just a pretty face either, with quite a few bells and whistles to ensure its comfort is not compromised. The H6 delivers quite a smooth ride, with a lot less noise, vibration and harshness than I expected. The high ride height also gives you confidence in navigating South Africa’s speed bumps, driveways and potholes.

The Haval H6 is powered by a turbocharged petrol motor that produces 105kW of power and 202Nm of torque, sent through a 6-speed manual gearbox. While the engine produces ample power and torque, the fuel consumption did prove to be extremely heavy. Haval claims a combined cycle fuel consumption figure of 8,5 L/100 km but our test car averaged figures north of 10-litres/100km for most of the test period.

In terms of practicality, the Haval H6 does a good job. Rear passengers are spoilt with a reclining backrest which can also be folded down (in a 60/40 split) to access the massive boot of the SUV. There’s also a shelf in the boot to maximise utility and a full-sized spare wheel underneath the boot floor. The rest of the interior is finished in a premium black colour with silver accents, while the leather-trimmed steering wheel add a premium feel to the cabin. The infotainment system is displayed on a full-colour touch screen featuring radio, CD, SD, USB and Bluetooth support. The touchscreen also doubles as a rear camera when reversing. Other standard features include climate control, power steering, electric windows all-round and electric mirror adjustment, among others.

Buy a new or used Haval H6 at a great price.
We put you back in control, make a single request and get up to 3 quotes from dealers nationally.
Coming soon