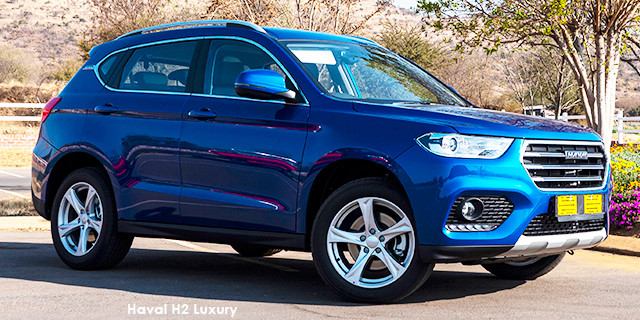 Is Chinese-built H2 worthy? Has it got what it takes to go up against its more established rivals?

If history has taught us one very important lesson, it is that we should never underestimate the Asians. When one looks back at how the Japanese, and then the Koreans have moved the automotive industry along – in a very short amount of time – it would be foolish to undermine the massive strides made by the Chinese in recent years.

The automotive industry in China has been the largest in the world measured by automobile unit production since 2008. Since 2009, the annual production of automobiles in China has exceeded that of the European Union or the United States and Japan combined. In 2016, for example, 33.9% of the world's cars were manufactured in China, over 24 million in total. The country is also a huge consumer of new motor vehicles, made in-country or imported.

Take Great Wall Motors for instance. Despite not being one of the four largest Chinese automakers, their Haval division managed to sell 851,855 units in China for the 2017 year. And that’s just one division of Great Wall Motors, and a new one at that. Originally formed in 2013, Haval is to GWM, what Land Rover is to Tata. Somewhat. Haval only specializes in SUVs and crossovers, and is actually China’s largest SUV producer, surpassing 5 million units sold globally late last year.

In South Africa though, GWM has been soldiering on for a few years – all the while learning, understanding, and growing. And while GWM primarily focuses on workhorses, their Haval brand has expanded rapidly, grown to include five very competent models. Arguably the pick of the bunch is the H2, the firm’s second smallest SUV, and goes up against offerings like the Renault Duster, Ford EcoSport and Suzuki Vitara.

There are four models in the H2 line-up, a there is only one engine option, can be either manual or automatic, and in a choice of two specification levels: City and Luxury. The range kicks off with the 1.5T City, priced at R259 900, and headlined by the 1.5T Luxury auto at R319 900. The only options being R1000 for metallic paint (Classical Black, Sleek Silver, Chinese Red, Fashion Blue, Brown), and R2000 for a two-tone paintjob (Brown/White Body, Red/Black Body). And for peace-of-mind, it all come with the brand’s 5-year/60 000km maintenance plan and 5-year/100 000km warranty as standard.

Despite its rivals in the compact crossover segment being well-established and much-loved, it should be noted that the H2 is actually a really good product, and a worthy competitor. If anything, the competency of the H2 proves just how far Haval has come, in a very short time frame. But while the H2 might slip under many buyers’ radar, let’s look at a few highlights of this well-packaged compact crossover.

The exterior of the H2 is hardly ground-breaking. If anything, its conservative body shape is reminiscent of European SUVs from a decade ago. Not that that is a bad thing, but Haval has tried to jazz it up ever so slightly. There is a very mild ‘coupe-slope’ to its roofline, with a very strange DRL LED strip is incorporated very low in the front bumper. One of my favourite design traits, is the Haval logo incorporated into the C-pillar; and if you’re a fan of the bling, the large chrome grille dominating the front end, as will the stylish 18-inch alloys will likely appease you.

The interior might be conventional in design, but it too is rather pleasant. What was really impressive was the solidity of the cabin – it genuinely felt premium, thanks to its soft-touch buttons, and trim and texture. The dash layout shows that Haval’s Chief-designer, ex-BMW Pierre LeClercq, had a solid presence in terms of the user experience. What is truly surprising though, is the amount of standard kit loading into a vehicle in this price range.

Kit includes everything from a dual-zone air conditioner, to a tyre pressure monitor, to keyless-entry and a start button, and a touchscreen with a reverse camera and park distance control. Also standard is a reach and rake adjustable leather-wrapped steering wheel, a sunroof, an electrically adjustable driver’s seat, electronic mirrors, Bluetooth, cruise control, a gearshift indicator, trip computer, ISOFIX points, electronic stability control and the expected braking aids like ABS and EBD, and six airbags.

Under the hood of the H2, is just one engine option. The 1.5-litre 4-cylinder turbocharged GW4G15B motor produces 105kw and 202nm, whilst being paired with either a six-speed manual or six-speed automatic. It appears that for their 1.5T motor, Haval adopted a Toyota design, the ‘1NZ-FE’, and added turbocharging and some other modifications of their own. All models in the range are proper front-wheel drives, and the claimed economy around the range is roughly mid-8L/100kms, which equates to just over 600kms on a full tank of unleaded.

Times are certainly changing. Whereas the term “Made in China” was a phrase previously synonymous with mediocrity, the quality of product coming out of China is constantly improving massively – case in point, the Haval H2. The reality is that H2 is as good as anything else on the market. So, if you’re in the market for a compact SUV; and want a solid, competent, well-priced vehicle, make sure you give the Haval H2 a worthy shot at changing your mind about Chinese-made vehicles.

Buy a new or used Haval H2 at a great price.
We put you back in control, make a single request and get up to 3 quotes from dealers nationally.
Coming soon