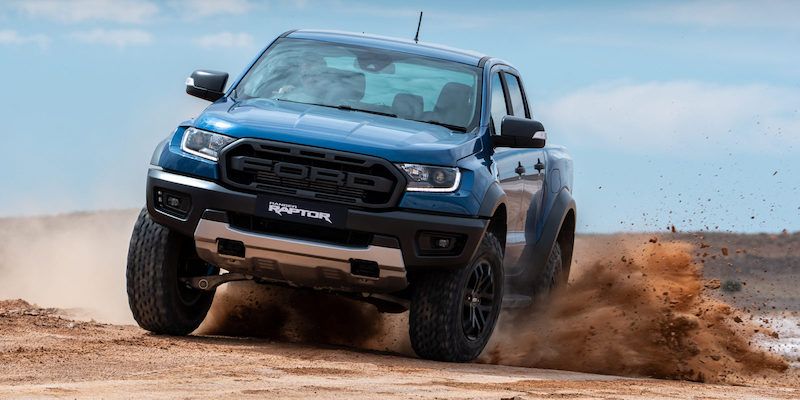 Ford feels the world needs a pickup truck emoji, so they set about remedying that

For those of us that spend hours on our mobiles every day, utilizing a variety of social media platforms, it’s fair to say that each and every one of us send dozens of emoji’s on a daily basis. However, amongst the thousands of different emoji’s that exist, there is one missing – a pickup truck; and Ford is determined to remedy this.

“When customers started demanding a truck emoji, our drive for continuous innovation meant we knew we had to help make it happen,” said Todd Eckert, Ford truck group marketing manager. “Given F-Series’ status as America’s best-selling truck for 42 consecutive years, there’s no one better than Ford to help bring an all-new pickup truck emoji to hard-working texters around the globe.”

In 2018, Ford submitted a proposal to the Unicode Consortium – the organization that reviews and approves proposals for new emoji – to add a truck to emoji keyboards everywhere. Now, the pickup truck emoji has been short-listed as a candidate for inclusion in a future version of Unicode. If the pickup truck emoji is approved in early 2020, the design will be customized for all mobile platforms to meet the needs of customers – from skilled tradespeople to active families and emoji lovers alike.

As said earlier, Ford knows a thing or three about pickup trucks – their South African Ranger has sold in excess of 12 700 units so far in 2019, and is currently acknowledged as being one of the top three best-selling vehicles in South Africa. And because of this demand – for local and international Rangers and Everests - Ford Motor Company of Southern Africa will be introducing a third shift to its vehicle assembly operations at the Silverton Assembly Plant in Pretoria.

The additional shift, which commences in August this year, will create 1 200 new jobs at the Silverton plant, taking Ford’s total employment in South Africa to approximately 5 500 employees. At the same time, it will significantly bolster supplier companies by adding around 10 000 jobs in this sector. In total, Ford’s local vehicle assembly operations will now support some 60 000 jobs within the total value chain.

Thanks to Ford Motor Company’s ongoing investment in South Africa, which reached R11-billion between 2009 and 2018, Ford’s domestic turnover now accounts for 1 percent of the country’s GDP. This makes the Silverton-based company a significant player in the country’s economy and manufacturing sector, as well as a major contributor to South Africa’s employment – both through direct jobs, and within the total value chain amongst supplier companies.

Approximately two thirds of Ford’s local production is exported to 148 global markets, with the balance sold in South Africa and Sub-Saharan African countries. The Ranger leads the light commercial vehicle (LCV) sector exports, with the locally-built model consistently ranked as the top-selling pickup in Europe.

Port Elizabeth is also home to Ford’s Struandale Engine Plant which supports two global diesel engine programmes. Production commenced at the end of last year of the new-generation 2.0-litre Bi-Turbo and Single Turbo engines that are used in selected Ranger and Everest models, with an installed capacity of 120 000 engines per year – all of which are supplied to the Silverton Assembly Plant.

Additionally, the Struandale plant continues machining component sets, comprising the cylinder head, block and crankshaft, for the existing 2.2 and 3.2-litre Duratorq TDCi engine. Following the recent investment and expansion, installed capacity climbed to its highest-ever figure of 280 000 sets per year to support export markets in Thailand and Argentina, as well as local engine assembly. Besides supplying fully assembled engines to Silverton for installation in the Ranger and Everest, the local plant also ships engines to North America, China and several customer plants in Europe with a production capacity of up to 130 000 units per year.