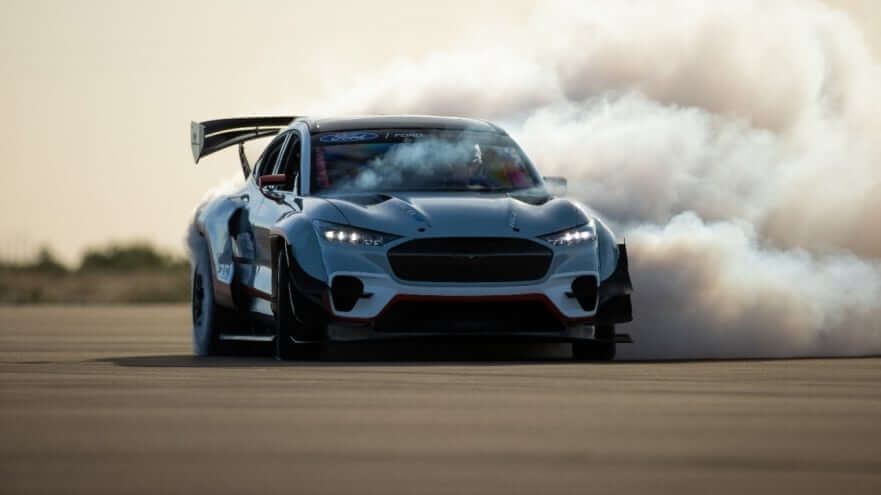 Built off a Mustang Mach-E GT and developed in collaboration with pro-drifter Vaughn Gittin Jr’s company RTR Vehicles, this once-off prototype aims to peak at 1,045kW. Both the chassis and powertrain work together for several setups to offer the vehicle, capabilities like no other.

"Getting behind the wheel of this car has completely changed my perspective on what power and torque can be," said Vaughn Gittin Jr., RTR Vehicles founder and motorsports champion.

The Ford design team and RTR used many of the same tools found on Ford’s race cars and production programmes. The Mustang Mach-E 1400 will have seven motors, three attached to the front differential and four attached to the rear and will have a single driveshaft connecting them to the differentials. This will allow the car to have a range of adjustability, making it capable of anything from drifting to high-speed track racing.

The powertrain has been set up to allow the team to investigate the different layouts and the effects it has on energy consumption and performance, this will include both the rear and front-wheel drive layouts as well. The Mustang Mach-e 1400 will come with a 56.8-kilowatt-hour battery, which is made up of nickel manganese cobalt pouch cells for ultra-high performance and high discharge rate. The battery system is designed to be cooled during charging by using a di-electric coolant.

The Mustang Mach-E 1400 will come with BremboT brakes and a hydraulic handbrake system which was designed for drifting. There is also an integrated electronic brake booster which allows regenerative braking with ABS as well as stability control to optimize the braking system.

"This experience is like nothing you've ever imagined, except for maybe a magnetic roller coaster.” Vaughn Gittin Jr. added.

Ford has plans to debut the Mustang Mach-E 1400 a NASCAR race very. This will be the perfect way to start Ford’s electric nameplate as they will be investing more than $11.5 billion in electric vehicles worldwide.