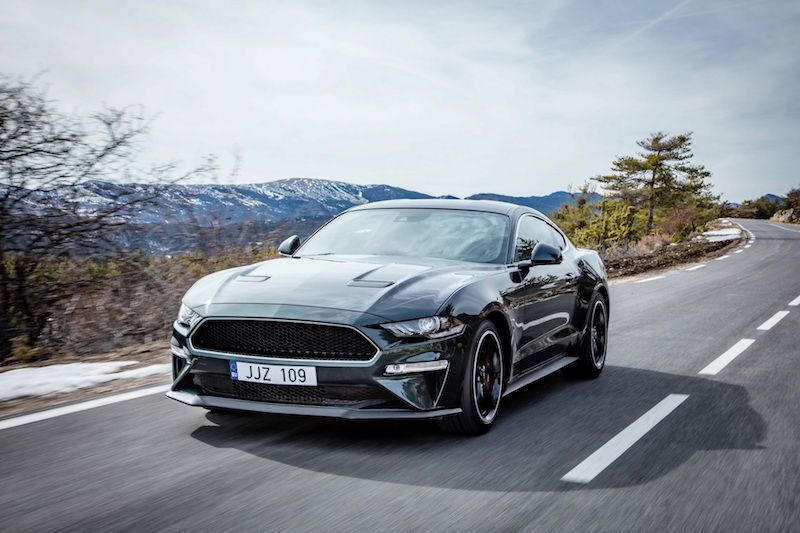 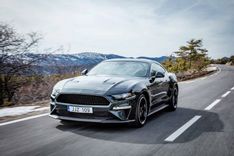 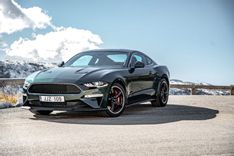 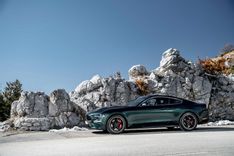 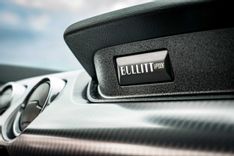 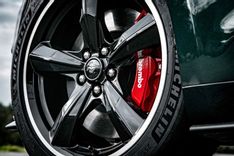 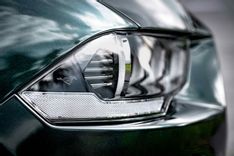 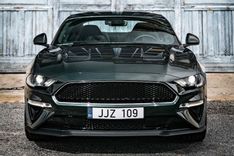 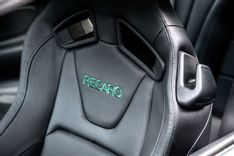 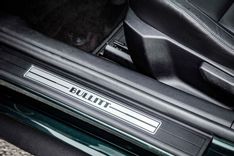 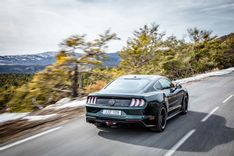 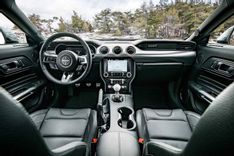 Ford Motor Company is using the Geneva International Motor Show to launch their Euro-spec Ford Mustang Bullitt - which coincides with the 50th anniversary of the iconic car chase film.

While it may look similar to the US-spec Bullitt, Ford has detuned the Euro model, with total power dropping from 354kw/569nm to 340kw/529nm. It's still powered by the same 5.0-litre V8, but key differences over the regular Mustang include an open-air induction system, an upgraded intake manifold, 87mm throttle bodies and a control module calibration straight from the Shelby Mustang GT350. Much like the American Bullitt, only one transmission is offered - a 6-speed manual equipped with Ford’s new rev-matching technology which blips the throttle as the driver downshifts.

The pony car is available in a choice of two colors, Shadow Black or the classic Highland Green. While retro touches include 19-inch Torq Thrust-style (that hide massive Brembo brakes), and other Bullitt design touches feature throughout. In keeping with modern times, it features the latest digital infotainment display as well as a premium 1000-watt B&O, with Recaro sport seats competing the interior.

Deliveries in Europe and Australia are expected to commence later this year. There is no news as to whether Ford South Africa will launch it locally.