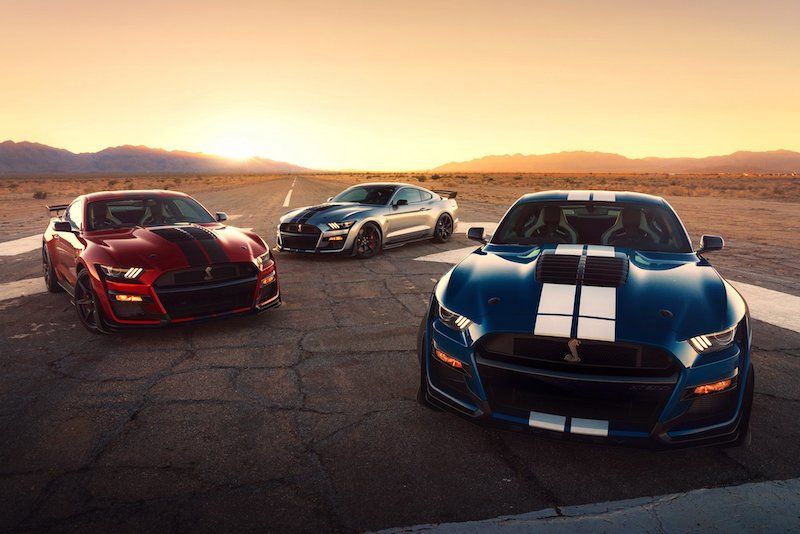 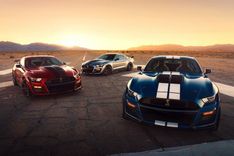 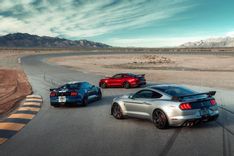 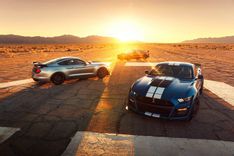 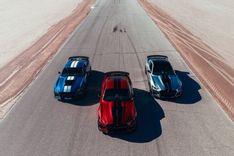 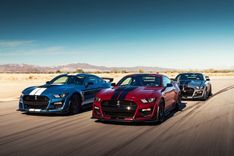 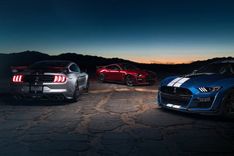 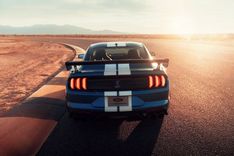 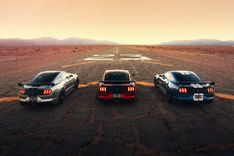 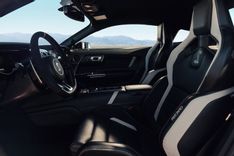 Ford just revealed their new Shelby GT500, calling it the most powerful street-legal Ford ever

It wouldn’t be the North American International Auto Show if a handful of automakers didn’t bring their ‘most powerful ever’ or ‘fastest ever’ offerings to display. Ford was one of those that stepped up and unveiled their newest powerhouse V8 – the new Mustang Shelby GT500.

The latest iteration of Ford's Shelby GT variant of the iconic Mustang pony car inherits the name of famed racer and engineer Carroll Shelby, who worked with Ford to design the first GT500 in 1967 — a car that now is considered a legend among American muscle cars.

This new ‘Stang has been billed as the most powerful sports car to ever wear the Ford badge, and that honour is really something, when you consider that Ford has been building cars for over 115 years. But power aside, this new Shelby is not a one trick pony - with it being just as capable running hard around a twisty racetrack, as it is ripping down a drag strip.

"With its supercar-level powertrain, the all-new Shelby GT500 takes the sixth-generation Mustang to a performance level once reserved only for exotics," said Hermann Salenbauch, global director, Ford Performance vehicle programs. "As a Mustang, it has to be attainable and punch above its weight. To that end, we've set a new standard among American performance cars with our most powerful street-legal V8 engine to date, plus the quickest-shifting transmission ever in a Mustang for all-out precision and speed."

Under its budging, vented hood is a hand-built 5.2-litre V8 with a forged steel cross-plane crankshaft paired with a 2.65-litre Eaton supercharger that combines to produce a rumoured 560kw and 950nm. However, these figures are mere speculation by insiders, with Ford only saying it will produce “more than 522kw”. 0-100kph is said to take 3.6 seconds, while the quarter mile dash will be smoked in under 11 seconds.

There will only be only transmission option at launch – a Tremec 7-speed DCT, which comes with a number of modes; these include normal, sport, drag and track, similar to the one used by the Ford GT supercar. Ford though, has not ruled out a manual transmission at a later stage. Reason for not having a manual at launch is that Ford believes no manual can shift as quickly as a dual-clutch transmission, with the GT500’s Tremec version able to upshift in a mind-boggling 100 milliseconds. Ford has also said that enthusiasts wanting a manual track-focused Mustang can opt for the GT350 which will be available with a stick shifter.

Peeking out from behind the optional 20-inch carbon-fibre wheels, are 6-piston Brembo calipers up front, paired with massive 420mm rotors; while the rear gets 4-piston calipers and 370mm rotors. Much like the Dodge Challenger SRT Demon, it gets a line-lock and launch control feature so you can heat up the rear tyres in an epic cloud of smoke before ripping down the quarter mile. Like the GT350, the GT500 gets MagneRide dampers that can adjust up to 1,000 times per second to help control body motions while still providing acceptable ride quality when driving to and from track days.

The Ford Mustang Shelby GT500 is expected to go on sale Stateside around September 2019, with pricing set to be announced closer to launch. No news as to whether Ford South Africa and Shelby South Africa will launch the GT500 locally, but considering it’s based on the pre-facelift version of the current Mustang, a right-hand drive conversion might not be out of the question.