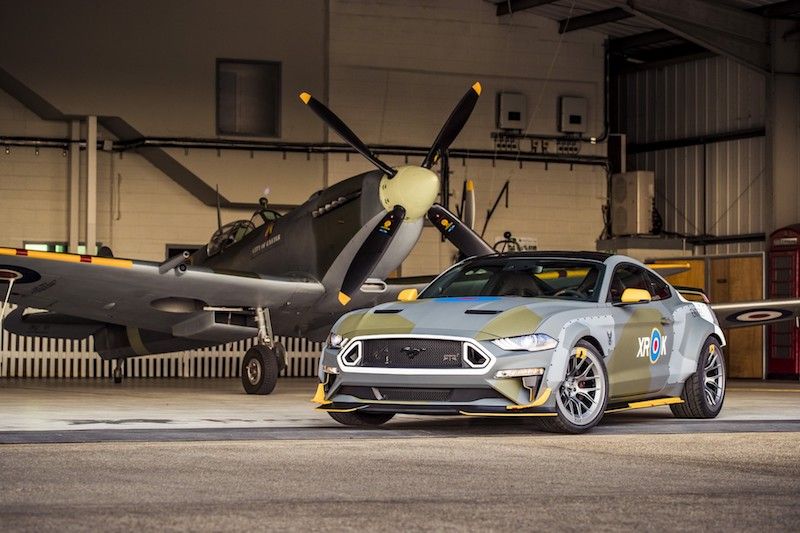 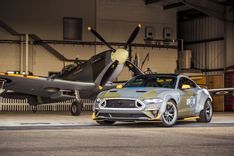 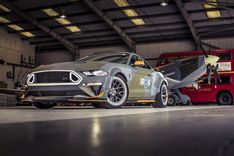 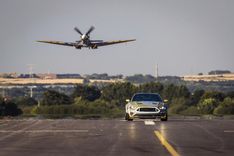 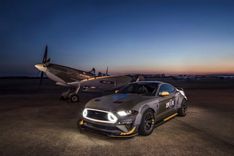 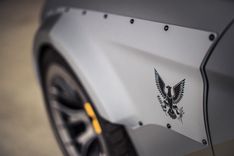 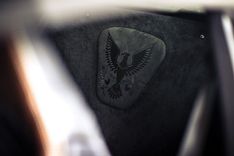 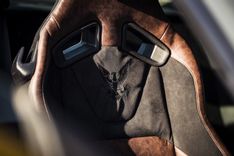 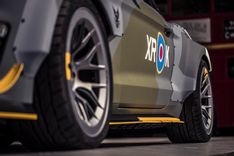 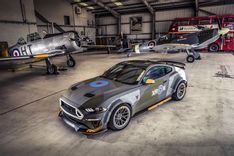 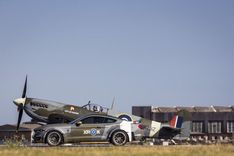 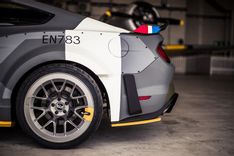 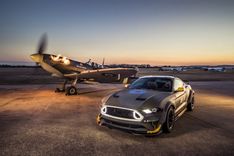 Ford Performance and drifting champion Vaughn Gittin Jr. have unveiled a road-going replica of a Spitfire at the Goodwood Festival of Speed, called the Eagle Squadron Mustang GT.

This RTR wide-body-equipped Eagle Squadron Mustang GT will help commemorate the 100th anniversary of the Royal Air Force while celebrating the 20th year of Ford’s participation in the Experimental Aircraft Association AirVenture event.

Complementing its elaborate wide-body kit and aero extras, is an eye-catching camouflage exterior which draws inspiration from the Spitfire fighters used by the Eagle Squadron. Apart from the custom upholstered Recaro sport seats, and an RTR Tactical Performance Suspension Package which includes MagneRide adjustable dampers, there are Eagle Squadron logos throughout, as well as a very special hand-engraved shift knob using the aluminium from a Spitfire.

Thanks to a supercharger fitted to its 5.0-litre V8 motor, power soars to 522kw and 826nm. The ‘Coyote V8’ is connected to a 6-speed manual transmission which sends power to the rear wheels through a Ford Performance rear axle. It rides on 20-inch RTR Aero 7 forged wheels wrapped in Nitto NT555 tyres.

As driver Gittin puts it, “Beyond its menacing looks, this powerful and hungry beast mimics the brute force and maneuverability of an original Royal Air Force fighter jet,” said Gittin. “I really can’t wait to pilot it up the summit at Goodwood.”

Ford plans to auction the Eagle Squadron on July 26 at an annual fund-raising event in Oshkosh, Wisconsin; with all the money raised going towards the Experimental Aircraft Association’s youth aviation education programs. To sweeten the pot, the top bidder gets an all-expense-paid trip to 2018 Ford Woodward Dream Cruise next month. To date, over US$3million have been raised for this cause, with the Eagle Squadron marking Ford’s 10th customized Mustang.