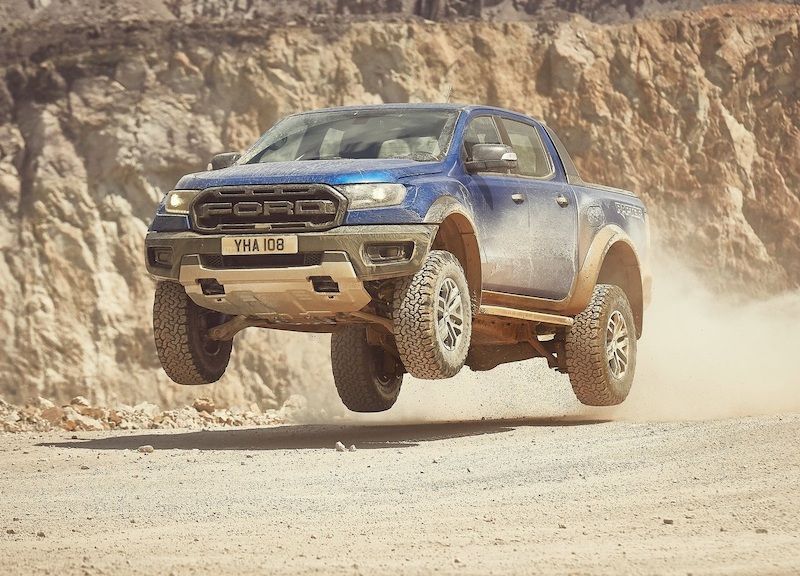 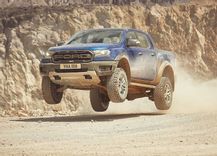 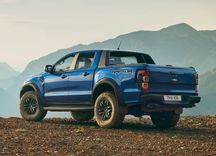 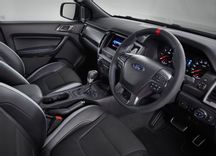 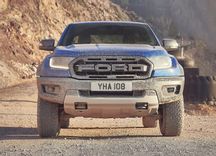 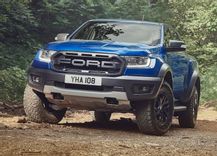 In terms of off-road vehicles, it’s fair to say that Ford’s Ranger Raptor is easily the most eagerly anticipated entrant into the local automotive scene. Although it debuted in Australia and selected Eastern markets last year, Ford’s all-terrain eating Raptor has finally arrived in Msanzi.

The Raptor’s exterior is unlike anything seen in its segment. Boasting similarly aggressive design cues taken from the F-150 Raptor, the Ranger Raptor sports an imposing stance, with 283mm of ground clearance and 150mm wider front and rear tracks, you immediately know that this is a serious off-road machine. But with the Raptor, everything is functional – from the composite flared fenders, to the air-curtain ducts to the new LED fog lights.

The interior – although similar to the existing Ranger – now gets grippy suede sport seats, while other sporty details distinguishing the Raptor include blue stitching and leather accents, as well as the aggressively-styled instrument cluster. The steering wheel gets a red 12 ‘O clock marker, and perforated leather hand grip sections, paired with lightweight magnesium paddle shifters for crisp gear changes.

The monster bakkie will be powered by an entirely new, South African-built four-cylinder twin-turbocharged 2.0-litre diesel engine that produces 157kw and 500nm. Power is sent to both axles through the already familiar 10-speed automatic transmission developed by the Ford Motor Company in collaboration with General Motors. Incidentally, this new powertrain has already debuted in the updated Ranger and Everest, replacing the 3.2-litre TDCi as the flagship engine on offer. The Raptor is capable of a 0-100kph dash in 10.5 seconds, before topping out at 170kph, whilst sipping diesel at a claimed 8.2 litres per 100kms. But this bakkie isn’t about sitting in traffic, it’s about being unleashed into the bushveld.

While Ford has come in for criticism as of late regarding their engine reliability, the Raptor’s powertrain is up to the task of handling the stresses of high performance, as it has been designed from day one for the most powerful and highest stress applications. This includes running a thermal cycle on the engine, heating both turbos to the point of glowing red for 200 hours non-stop. The high grade alloy turbo housing ensures durability up to 860 degree Celcius exhaust temperature, while the turbo bearings and low-pressure turbo are being water cooled to reduce temperature and protect the air induction components.

Riding on massive BF Goodrich All-Terrain 285/70 R17 KO2, these were specially developed to have a sidewall tough enough to navigate all environments with confidence, whilst providing maximum grip in any situation. Braking has always been improved, with the Raptor featuring impressively sized 332 x 32mm ventilated rotors up front, as well as ventilated 332 x 24mm rear rotors. Up front it uses a bigger twin-piston system, while for the first time ever, a Ranger features rear disc brakes.

Suffice to say, thanks to Position Sensitive Damping (PSD) shock absorbers exclusively manufactured by FOX, an advanced Terrain Management System (TMS) that includes an exciting Baja mode, and a toughened reinforced chassis, the Raptor is happier blitzing through the Karoo than sitting in Sandton’s bumper-to-bumper traffic. And because of this under the skin trickery, there is no doubt that the Raptor is the new benchmark in high-speed, off-road bakkie capability; making it the ultimate performance bakkie in its segment.

All this tech would amount to nothing, if the Raptor wasn’t rigid enough to cope with such off-road abuse. And with that, Ford extensively modified the Ranger’s frame to cope high speeds and endurance off-road, by using various grades of high-strength low-alloy (HSLA) steel.

Let’s not forget, following a huge investment by Ford in their Struandale plant, just outside Port Elizabeth, the Ranger Raptor will be built in South Africa. The Raptor’s price? A cool R786 400. And much like the recently updated Ranger and Everest, the Raptor comes standard with Ford Protect, comprising a four-year/120 000km comprehensive warranty, three-year/unlimited distance roadside assistance and five-year/unlimited km corrosion warranty. A six-year/90 000km service plan is also included, with 15 000km service intervals.