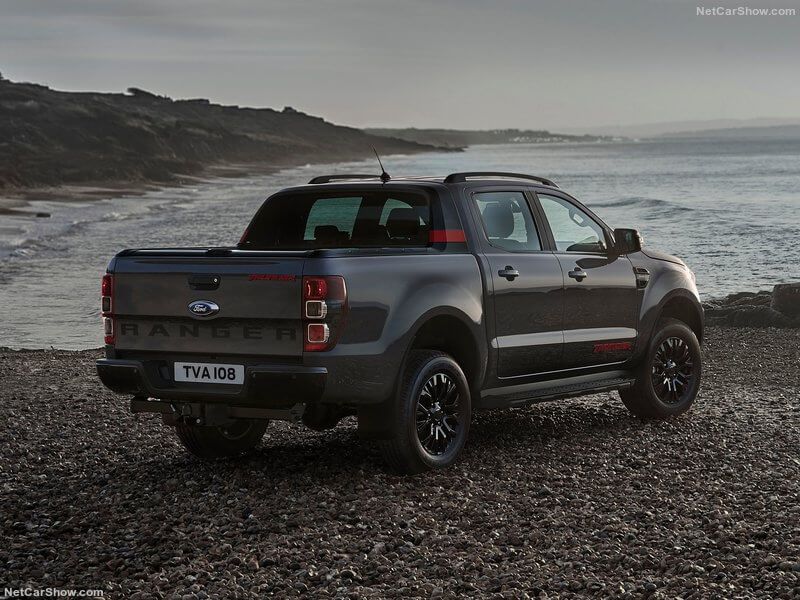 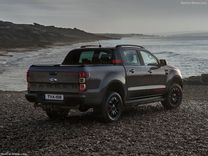 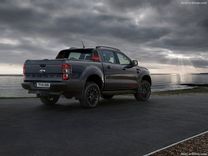 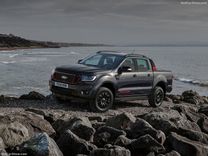 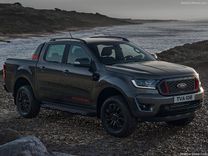 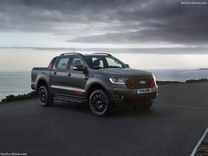 The Ford Ranger has already established itself as one of the most stylish and popular bakkies in South Africa. Ford however is cranking it up, by bringing its customers an all-new and exclusive limited-edition Ranger Thunder.

The Ranger Thunder is packing a mean 2.0-litre Bi-Turbo engine, that delivers a whopping 157kW and 500Nm, this is done via a 10-speed automatic transmission.

Based on the very successful Ranger Wildtrak, the exclusive Ranger Thunder brings us even greater style and luxury to the range and will be available in Sea Grey, Frozen White, Absolute Black, and Moondust Silver. Every model is finished off with Red styling, which is used to characterize the Thunder brand.

There are many unique design features to the Ranger Thunder, such as the revised honeycomb-style front grille which incorporates red accents for the side "vents", which makes it look more aggressive and performance-oriented. The new black 18-inch multi-spoke alloy wheels add to the Thunder's sporty character. The integrated sports hoop fitted on the Wildtrak models, now also get a striking red colour. Some notable changes can be seen also the introduction of LED headlamps with LED daytime running lights and front fog lamps which will be standard on the new Ranger Thunder.

In terms of technology and safety, the Ranger Thunder gets Autonomous Emergency Braking (AEB) which uses a combination of radar and camera systems along with new software to detect pedestrians, as well as stationary and moving objects. To top this off the brake system is also pre-tensioned, and the servo boost assistance system is set to provide immediate brake performance if required by the driver. The system is also able to brake the vehicle independently of the driver in an emergency if the accelerator pedal is released which is used to help avoid a collision or reduce the impact upon speed.

Other features also include Lane Keeping Alert and Lane Keeping Aid which will come standard on the Ranger Thunder. The Lane Keeping Aid is particularly interesting, as it was designed to warn the driver by using vibration in the steering wheel when the forward-facing camera detects that an unintentional lane departure is likely to happen. The Ranger Thunder will also come with Ford's innovative Semi-Automatic Parallel Park Assist (SAPPA), which uses ultrasonic sensors on the front and rear bumpers to search for a parking space that is big enough for the vehicle to park, it even goes a step further by alerting the driver when a suitable spot is found.

Ford has also made the EZ lift tailgate available on the Ranger Thunder which makes accessing the load bin much easier through the incorporation of a torsion rod system that reduces the initial lift force required to raise the tailgate by 70 percent.

During all this exciting news around the Ranger Thunder, Ford has also enhanced the standard lighting seen on all Ranger XLT models. There will be new lights that will incorporate LED daytime running lamps, as well as LED front foglamps.

The Ranger XLS range also gets a significant upgrade with a built-in infotainment system, with the current first-generation SYNC® software as well as a four-inch LCD display.

By incorporating the eight-inch full-colour touchscreen, CTR equals to the same capacity of SYNC®3, the only downfalls are the expectation of embedded navigation and voice recognition. It also offers two USB slots and full Android Auto and Apple CarPlay connectivity for smartphones.

The CTR infotainment system will be available as an option on Ranger XL models, which also now offer practical side steps as a factory-fitted added-cost item.