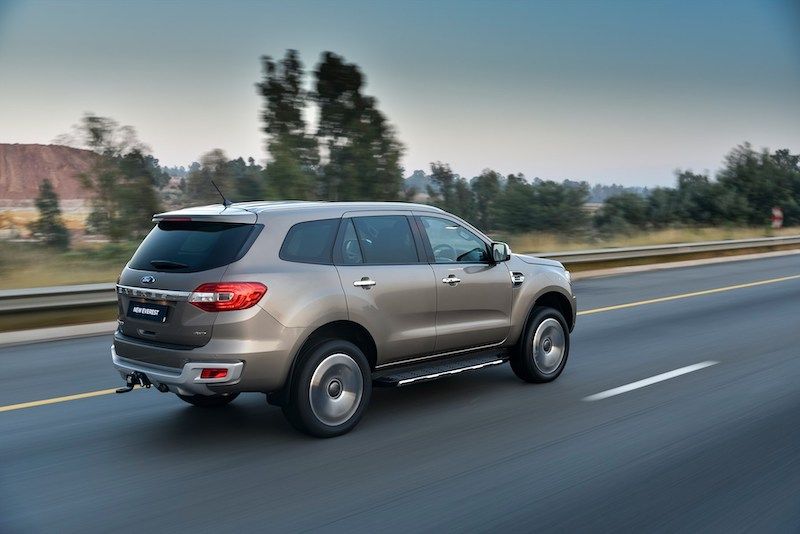 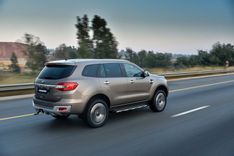 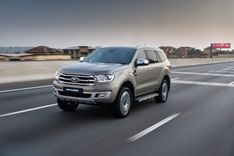 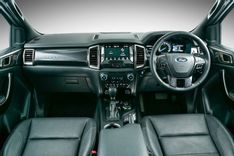 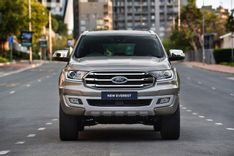 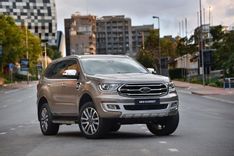 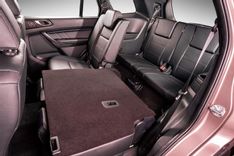 Much like its recently updated Ranger, Ford has now refreshed its Everest with a more luxurious interior, and Raptor power

As Ford South Africa finally extinguishes the flames from its fiery Kuga debacle, they face fresh drama in the form of a security system failure in certain EcoSport and Fiesta models. Videos showing these Fords being preyed on by thieves have gone viral on social media, and investigative television show Carte Blanche have dug deeper only to find out that Ford SA have wiped their hands clean and have said that if customers want to safeguard their vehicles, they will have to bear the cost, not Ford. Ouch.

But while Ford faces fresh controversy, they continue to launch new product, the most recent being the updated Ranger, and now the refreshed Everest. Although the enhanced Everest was unveiled a year ago, it is only arriving in South African showrooms now. That said, with a raft of updates, the brawny seven-seater SUV has definitely been worth the wait.

"The Everest has given Ford an important foothold in the SUV segment which continues to grow in South Africa and around the world as buyers opt for versatile, family-oriented vehicles that suit their active lifestyles. With the New Everest, we have raised the game further by introducing subtle yet effective styling updates for the eye-catching exterior, providing a more refined and luxurious cabin environment, adding several new trend-setting technologies to the already feature-packed range, and building on the outgoing model's superb comfort and ride refinement with a revised suspension set-up." says Doreen Mashinini, General Manager Marketing at Ford Motor Company of Southern Africa.

Like the Ranger, the most notable addition to the Everest’s repertoire is the addition of the soon-to-be-released Ranger Raptor’s 2.0-litre Bi-turbo EcoBlue diesel motor. While a single-turbo version of the 2.0-litre is also added to the line-up, The Bi-Turbo engine employs an innovative twin turbocharger set-up that improves both low-end torque and high-end power, while reducing fuel consumption and emissions.

The 2.0 Bi-turbo outputs the same as it does in the upcoming Ranger Raptor – 157kw and 500nm. These figures are up 10kw and 30nm on the 3.2-litre TDCi motor which still soldiers on. The new Bi-turbo motor is available in the Everest XLT 4x2 and 4x4 models, as well as the top-spec Everest Limited. A 2.0-litre Single Turbo unit is offered in XLT 4x2 specification, and produces 132kw and 420nm. The current 2.2-litre Duratorq TDCi engine, with 118kw and 385nm, is available in the Everest XLS 4x2 model, while the 3.2-litre five-cylinder TDCi engine, with 147kw and 470nm, is still offered in XLT 4x4 guise. Towing capability is once again stellar with all variants capable of towing 3,000kgs, with the 2.0 Bi-turbo able to pull 3,100kgs.

As Ford bins all manual transmissions across the Everest range, the new-generation 2.0-litre engines are paired exclusively with Ford's sophisticated all-new 10-speed automatic transmission, which boasts significant improvements in efficiency, fuel economy and all-round performance. Ford engineering data, based on real-world driving cycles, indicates an improvement in fuel-efficiency of up to nine percent in the case of the 2.0 Bi-Turbo engine mated to the 10-speed automatic transmission, compared to the 3.2 TDCi variant.

Stylistically, the Everest gets a new front grille, a redesigned front bumper, and massive 20-inch wheels on the flagship Limited variant. A new exterior body colour has been added to the line-up: Diffused Silver, which is a modern take on the typical luxury beige. According to Ford, it ‘communicates toughness with its added depth and also sophistication with its smooth champagne highlights’.

The aesthetic updates have not been confined only to the exterior, as the interior has also come under the knife. The introduction of the Ebony environment colour changes the entire ambience of the interior cabin. The added depth allows the details and bright work to stand out and further aligns the interior to the customer's expectation for a premium SUV, complemented by a greater selection of soft-touch materials. Adding further exclusivity to the cabin is the use of contrast stitching on the Everest Limited, along with shadow chrome finishes, perforated leather and high-quality paints that add further lustre to the upgraded interior. An 8-inch touchscreen with Sync 3 (with 3D navigation and voice recognition) is fitted as standard on XLT and Limited models, and features smartphone integration provided through Apple CarPlay or Android Auto.

Much like the Ranger, the Everest features numerous suspension improvements that are said to enhance ride quality and refinement. One of the biggest changes is the relocation of the front-mounted stabilizer bar – which is now thicker and stiffer - to the rear of the front axle. Ford claims this has improved the big SUVs roll control and handling performance. The revised layout has also enabled a reduction in front spring rates, thus achieving an even more comfortable and pliant ride. The extensive suspension refinements have also enabled a reduction in tyre pressures from 240 to 210 kPa, further enhancing overall comfort and isolating the occupants from road imperfections. At the same time, steering precision and control has also been improved.

In terms of tech, the XLT and Limited models feature the Passive Entry and Passive Start (PEPS) system which is basically keyless entry and a start/stop button. The flagship Limited model also gets Semi-Automatic Parallel Park Assist (SAPPA) that uses ultrasonic sensors on the front and rear bumpers to search for and identify parking spaces that are big enough to parallel park the vehicle. The driver merely operates the gears, accelerator and brakes, while Ford’s technology takes over the steering.