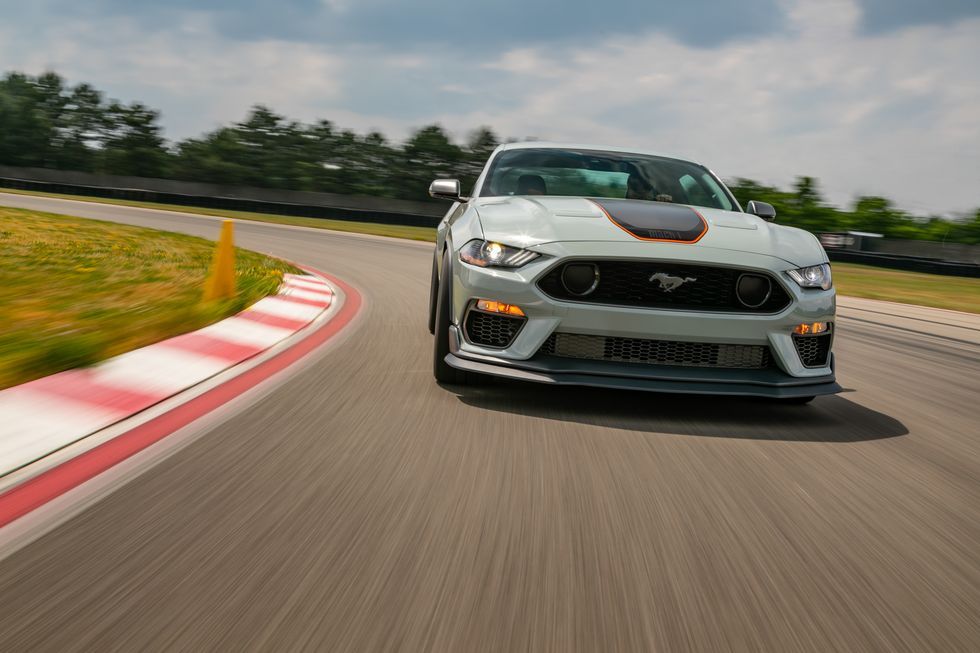 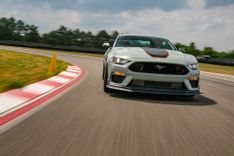 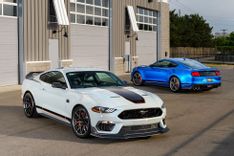 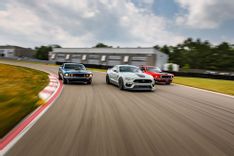 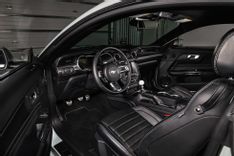 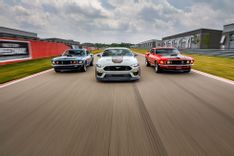 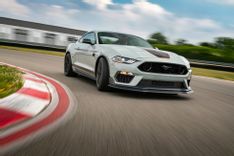 In 1969 the first Mustang Mach 1 appeared, the all-American muscle car that most teenagers in the ’70s wished they had owned. It broke over 295 speed records and has even starred alongside action heroes such as John Wick (2014). In 2003, the Mach 1 did make a brief comeback before completely disappearing for over 17 years. Now in 2020, Ford has finally announced that the Mustang Mach 1 will be back in 2021. Ford has said that the new Mach 1 will bridge the Shelby models and Mustang GT, which means that the performance will be outrageous.

Before we get to the exterior and interior, let's get to the good stuff first. Under the hood of the 2021 Mustang Mach 1 is a 5.0-litre V8 engine that produces 360kW of power and 570Nm of torque. The engine may look familiar to some and that’s because it was the same engine that was used to power the Mustang Bullitt. This new engine output is also a significant upgrade from the 2003 Mustang 1. To manage this much power, the new Mach 1 will be available in two gearbox choices: the standard six-speed manual transmission or the 10-speed automatic transmission. The 6-speed manual transmission gets an added rev-matching, while the optional 10-speed automatic will come with an air-to-oil cooler.

The exterior of the new Mach 1 is certainly turning out to look a lot meaner than its predecessor. The new Mach 1 is easy on the eyes, it comes with a unique twin-nostril honeycomb designed front grille with faux fog lamps and a revised front bumper. At the centre of the grille is a low-gloss Magnetic pony badge, while the same low-gloss Magnetic and black accents can be seen throughout the vehicle, including the mirror caps and rear spoiler. This really gives the Mach 1 the same bold and muscular heritage look we are all so familiar with.  The Mach 1 fender and rear does come with decklid badging as well as a lower diffuser that has been taken straight from the Shelby GT500.

Ford will also be offering its additional Handling Pack, which comes with new front wheel lip mouldings, a low-gloss swing spoiler with a Gurney flap, a higher-downforce front splitter, and rear tire spats from the GT500.  The Handling Pack will only be available on manual models.

The inside of the new Mach 1 comes with a Dark Spindrift instrument panel with aluminum accents. It has ebony seats that have an accent stripe that hints at the Mach 1 heritage, the interior is all leather. Like many upgraded muscle cars, it will feature several upgrades too such as an updated 12.3-inch all-LCD instrument cluster, new door sill plates, an awesome-looking white cue ball shift knob, and engraved badging that displays the vehicles unique chassis number.

The new Ford Mustang Mach 1 is expected to go on sale in the spring of 2021, with pricing still to be announced closer to the time. Whether it will brace the shores of SA is still unknown.