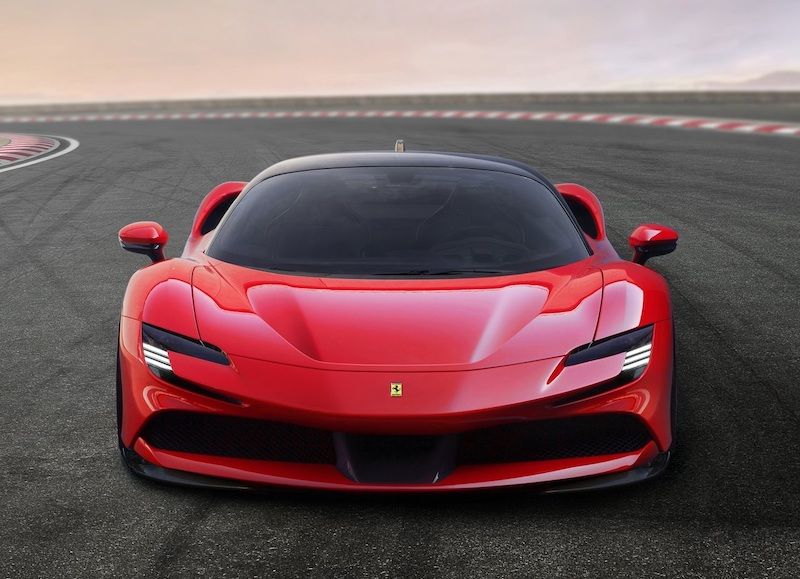 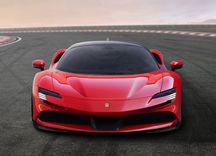 Ferrari's first production plug-in hybrid is its fastest supercar yet

Ferrari might be having a rough time in the current F1 World Championship, but when it comes to their road car division, they are doing better than ever. Aside from embracing new technologies, whilst still retaining the glorious aspects that makes a Ferrari a Ferrari, the Maranello-based supercar maker has just revealed their latest supercar, and it is something very special.

This is the Ferrari SF90 Stradale, and its name pays homage to 90 years of Scuderia Ferrari. But aside from looking like something from 2025, this is a very special Ferrari. Because it will be Ferrari’s first series production PHEV (Plug-in Hybrid Electric Vehicle) when it goes on sale in the coming months. We can thank the success of the LaFerrari for being the catalyst for Ferrari to embrace alternate technologies, and this is the result.

The SF90 Stradale isn’t a hypercar like the LaFerrari though, it is a mass production model like the 812 Superfast, and will sit above the high-powered grand tourer the current hierarchy. However, whereas the LaFerrari produced 708kw from its hybridized power plant, the SF90 features a smaller petrol engine, plug-in charging capabilities, all-wheel drive, and even more power. And with a total output of 735kw, the SF90 Stradale is the most powerful road-going Ferrari ever produced.

All of that power comes from an innovative arrangement that pairs a petrol engine with three electric motors. The engine itself is a turbocharged 4.0-litre V8 that produces 574kw and 800nm of torque. On its own, that makes it the most powerful V8-powered Ferrari to date. Then, there are three lithium-ion powered electric motors – two located up front axle and one on the rear axle – which combine to produce an additional 162kw, taking the powertrains total output to a staggering 736kw!

Power is sent to all four wheels via an eight-speed F1 dual-clutch transmission, and because of that, the SF90 Stradale will blitz the 0-100kph benchmark in 2.5 seconds, 200kph will come up 4.2 seconds later, and it will eventually max out at 340kph. But being a Ferrari would mean it would need to be just as quick around a racetrack as it is in a straight line, and the new supercar does not disappoint.  It backed this up by eclipsing the LaFerrari’s 1:19 second lap time at Ferrari’s Fiorano test track.

This is in part, thanks to its high-tech torque-vectoring all-wheel drive system, and a 45:55 weight distribution. But stopping is another area where it does typical Ferrari things. With front rotors measuring 398mm and the rear at 360mm, these haul from 1,570kg SF90 down from 100kph to standstill in under 29.5 metres, proving how incredible efficient its high-performance braking system is.

But being a PHEV, means it can do genuine electric-car things. In a pure electric driving mode, the SF90 can happily cruise for up to 25kms of range, with a maximum speed of 135kph. Interestingly, despite the advanced technology on board, the new supercar weighs in at just 1,570kgs – 15kgs lighter than the LaFerrari. Ferrari also went on to say that the chassis is 20 percent stiffer and 40 percent more torsionally rigid than previous performance platforms, all without adding any unnecessary weight.

Ferrari has yet to reveal pricing, exact availability and when it will go on sale, but expect the SF90 Stradale to be reach South African shores in the near future. But the important thing to note is that this is a production model so it isn’t a limited edition release like the LaFerrari that will disappear once production is complete.