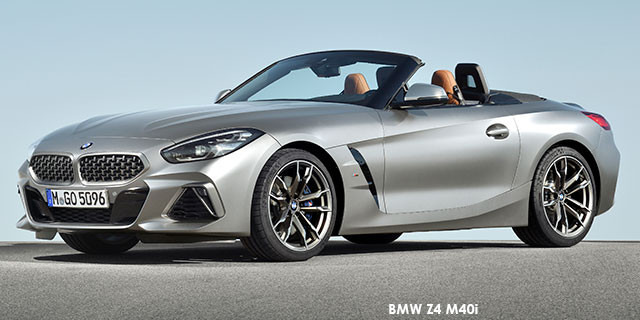 If you look into BMW’s history, you’ll find that there are only a handful of roadsters in their vast model list, like the BMW Z3 and Z8. While they are few, the impact that each model has had in the pursuit of sheer driving pleasure is immeasurable, and the latest BMW Z4 is certainly no exception to this.

I recently headed down to Cape Town to sample the new BMW Z4 M40i, and after my long flight I would be lying if I said it didn’t feel good to hop into the new roadster. The first thing you notice is the driving position, which is low and just adds another dimension to the driver-machine connection. I was surprised that the seat not only accommodated my height, but still had a bit more room to spare. The rest of the interior is modern BMW. The new digital instrument cluster lights up the cabin, along with the central touch display that features the latest BMW iDrive system. The center console flaunts a neat line of metal buttons under the sleek air-conditioning vents adding to the premium feel of the car, while the ambient lighting around the cabin puts on a show for anybody peeking into the car from the outside while the top is down.

The 2019 BMW Z4 has ditched the hard-top roof of its predecessor in favour of a soft top roof, allowing the roadster to preserve its 281-litres of boot space whether the roof is open or closed. This is an improvement of more than 50% from the outgoing model, also improving the retracting speed of the roof. Once I was settled in, I decided to take an easy, slow drive with the top down. Comfort mode tricks you into believing that you’re in a serious Grand Tourer while the Z4 covers distance with ease and gracefulness. This was a great opportunity to try out the optional Harman Kardon sound system which works very well at speeds below 120km/h before it gets drowned out by the wind noise.

Our route then brought us to the curvy bends of Gordon’s Bay along the coast, providing an excellent opportunity to unleash the BMW Z4’s sporty nature. The exhaust note becomes a lot angrier as you’re greeted by Sport Plus mode. The Z4 really showed off its dynamic capability through the bends, highlighting the significance of its 50/50 front and rear weight distribution. It felt like a true sports car, demanding me to work hard for my smile and the occasional exhaust pop. The 3.0-litre straight six-cylinder turbocharged engine produces 250kW of power and 500Nm of torque, allowing the BMW Z4 M40i to accelerate from 0-100km/h in 4.6-seconds. Top speed is electronically limited to 250km/h. Adaptive M Sport suspension, M Sport brakes and an electronically controlled M Sport differential are all standard kit on the M40i.

Once the adrenaline subsided, I pulled over to take a picture of the roadster. The exterior design of the BMW Z4 M40i is a lot more focused and sports-orientated. The body itself is longer, wider and taller than its predecessor, and the wheelbase has been shortened to improve handling. The front features a new mesh-style kidney grille and LED headlights on either side. There are curves and lines all around the car that are accentuated with BMW’s frozen grey paint, while the rear features mini 8-Series taillights and a dual exhaust set up. The new BMW Z4 M40i is a very good premium sports car and carries an equally premium price tag at R1,036,698. While this is not exactly cheap, I do believe that the sporty roadster is now properly equipped than ever before to punch above its weight in its segment.

Buy a new or used BMW Z4 at a great price.
We put you back in control, make a single request and get up to 3 quotes from dealers nationally.
Coming soon