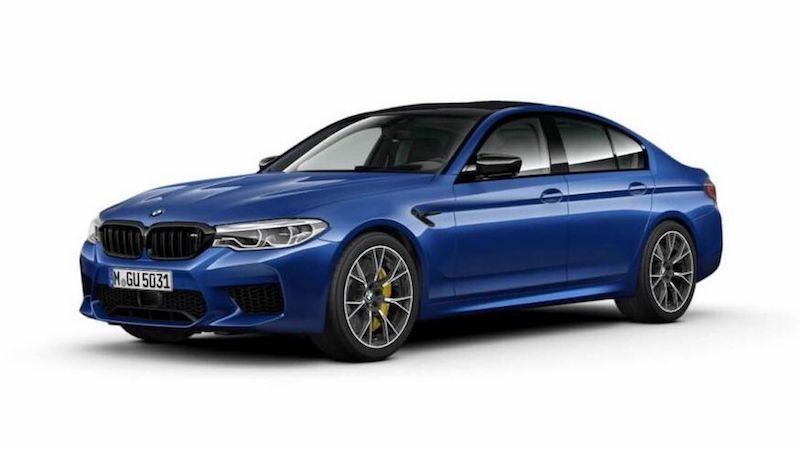 According to news emanating from Munich, BMW is readying a more powerful M5 for reveal on the 8th May 2018 – named the M5 Competition.

It’s no secret that BMW M has been working on the hot M5, with BMW M boss Frank Van Meel confirming that the launch for the M5 Competition was a few months away, when they launched the regular M5 last year.

With an apparently unveil days away, more details have been leaked onto the internet by BMW Germany – including this image. Much like the M2, M3 and M4 Competition variants, the M5 Competition follows suit, with minor updates to the car, more power and a more focussed drive.

This will translate in a 0-100kph sprint time of just 3.3 seconds – an improvement of 0.1 seconds, while the 0-200kph dash will take a staggering 10.8 seconds. Top speed stands at 305kph with the M Drivers Package.

Also on the cards, is a retuned M xDrive all-wheel drive system, as well as a revised suspension that is both firmer and lower. It’s said to also gain a Competition Pack specific performance exhaust system for more crackle and pops, but this will not be a titanium exhaust. Carbon ceramic brakes are expected to be an optional extra.

The exterior gets a similar treatment to the M2 Competition, with plenty of gloss black touches, include the large kidneys up front, diffuser, mirrors and badges. Speaking of badges, it will have the ‘Competition’ badge directly under the M5 badge at the back – just like the M2. It’s also expected to ride on Y-Spoke 789M wheels. The engine bay too scores a visual upgrade with the installation of an M Carbon Engine Cover.

Deliveries of the M5 Competition are expected to start in September, with pricing and final specification for South Africa expected to be revealed at a later stage.