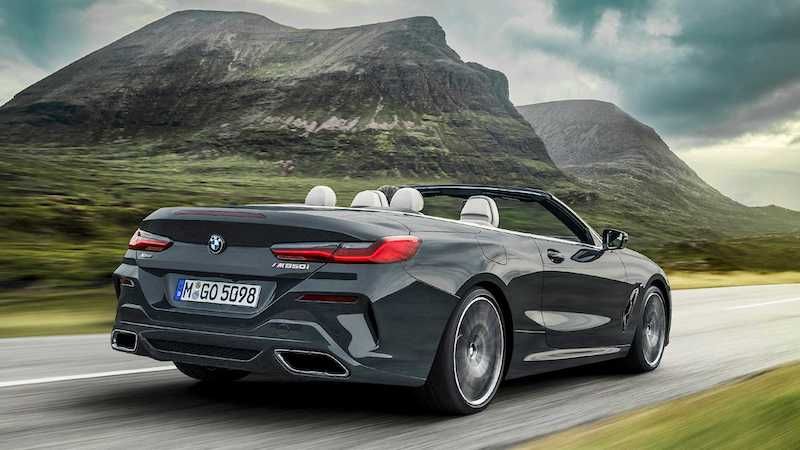 BMW has unveiled the second of three models in the 8 Series line-up.

Joining the Coupe, is their striking new Convertible. Combining the latest tech, with a stunning coupe body style, the 8 Series marks a return to form by BMW which have in recent years been criticized for playing it too safe in terms of design.

While it could easily be mistaken for a facelifted 6 Series, it should be stressed that this car is all new, and is actually a replacement for the 6 Series Convertible. Its folding soft-top can be opened or closed in 15 seconds, at speeds of up to 50kph. But BMW notes the 8 Series is one of the few convertibles on the market with folding rear seats, so even when the roof is retracted, the cargo hold can accommodate long items.

There will likely be an M8, but for South Africa, only one model will be released initially. Much like the Coupe, we are only getting the M850i. The motor in the M850i - while not a full fat M-division motor - puts out an impressive 390kw and 750nm produced between 1,800 and 4,600rpm, and is sent to all four wheels via an xDrive system. The 4.4-litre twin-turbo motor is capable of propelling the M850i from 0-100kph in just 3.9 seconds - 2 tenths down on the Coupe. This is directly attributed to the additional weight - 2,090kg for the Convertible vs 1,965kg for the Coupe.

However, apart from a powerful M Performance V8 under its hood, it does come with an impressively long list of features as standard - including Adaptive M Suspension with Active-Roll Stabilization, M Sport Brakes, Full LED headlights with BMW LaserLight technology, and BMW Live Cockpit Professional with 12.3 inch and 10.25 inch digital displays to name a few.

BMW South Africa plan to introduce both the M850i Coupe and Convertible variants in the first quarter of 2019, and pricing has been released for both models.