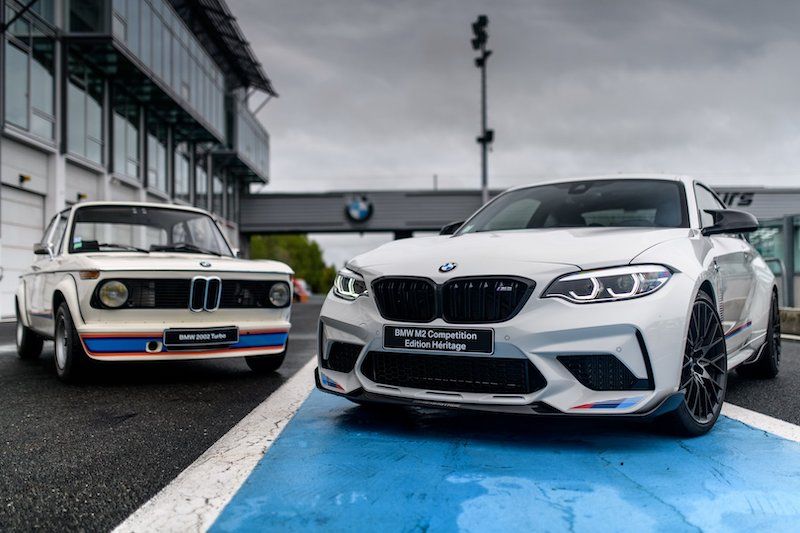 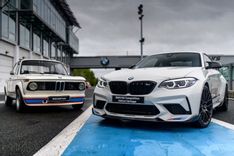 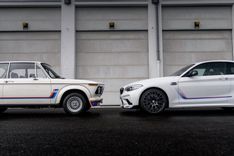 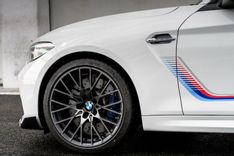 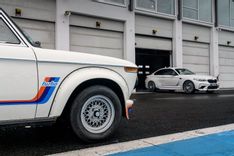 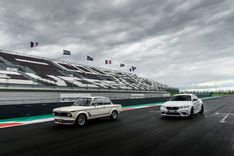 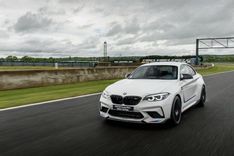 BMW is deeply engrossed in its extensive testing campaign for its upcoming M2 CS, but that doesn’t mean the German automaker is turning a blind eye to heritage models. In fact, they have just unveiled their latest version of the M2, known as the M2 Competition Heritage Edition, and unfortunately for us, it is only being released in France.

Only 40 units of the limited edition M2 Competition will be produced, and if you couldn’t guess it by now, it pays homage to another very special compact BMW that was unveiled nearly 50 years ago – the legendary 2002 Turbo.

The 2002 Turbo was instantly recognisable by its deep front spoiler and fender flares that were riveted onto the standard 2002 coupe body. It also had special wider wheels, and the distinctive BMW Motorsport stripes in blue and a pinkish-orange- red on the flanks and spoiler. Turbo legends were placed on the nose, initially in reverse form spelling, so that drivers of ordinary cars could see that it was a “turbo” approaching fast in their rear view mirrors! It was only ever built in left-hand-drive form and 1,672 BMW 2002 Turbos were built – with South Africa being home to a single 2002 Turbo.

The diminutive 2002 Turbo used a 2.0-litre four-cylinder motor that was designed by the famous Paul Rosche, and was fitted with a KKK turbocharger and Kugelfischer fuel injection. It produced 125kw and 240nm, and was good for a seven-second 0-100kph time and a top speed of 210kph, which back in the 70s was indecently quick for the time!

By comparison, the M2 Competition uses a detuned version of the twin-turbocharged 3.0-litre inline-six that does duty in the F80 M3, and produces 302kw and 550nm. When equipped with a seven-speed dual-clutch transmission, it will sprint from 0-100kph in 4.2 seconds and will power on until it reaches an electronically limited top speed of 250kph – or 280kph if the optional M Driver’s Package is selected.

For those lucky to get hold of a Heritage Edition, the differences between it and the regular M2 Competition are purely aesthetic – and that makes it quite easy to spot. Fitted with tons of carbon-fibre M Performance accessories, it includes carbon side fins, floating hub caps, a carbon grille, carbon mirror housings, a carbon rear diffuser, carbon exhaust tips, a carbon front blade, and a carbon rear spoiler. But that’s not all, as it gets the words ‘Heritage Edition’ on the front apron and ‘Heritage’ on boot lid spoiler, as well as the ‘Edition Heritage’ and ‘X of 40’ badges, displaying each car’s unique status, on the front fenders.

The interior is also specially customized, and gets a plaque located below the climate control with the inscription ‘Edition Heritage’ and ‘X of 40’, as well as special carbon-fibre trim, contrast stitching, and a with a leather keychain with a ‘Heritage’ inscription.

The M2 Competition Heritage Edition was unveiled at this past weekend’s BMW M-Town Festival held at the Paul Ricard Circuit in France, and is priced at €75,000, which at current exchange rates converts to roughly R1 206 205. By comparison, the South African-spec M2 Competition is priced from R972 030 for the six-speed manual, and R1 026 506 for the M-DCT variant.