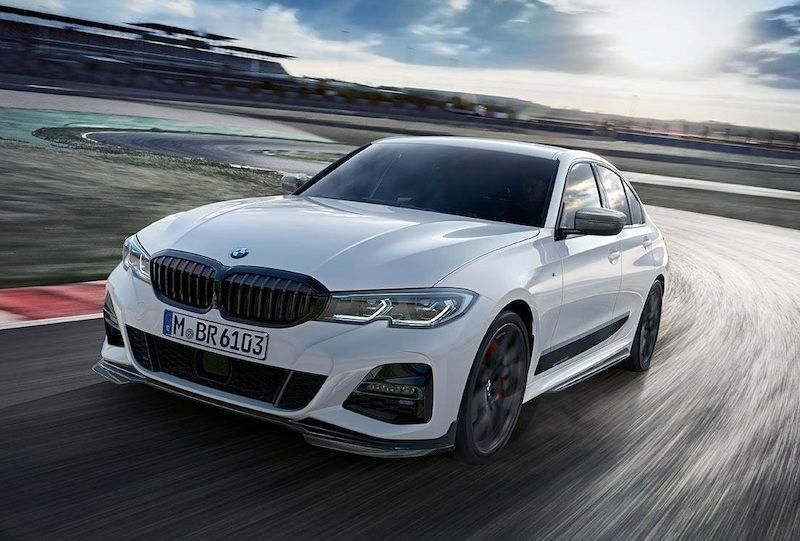 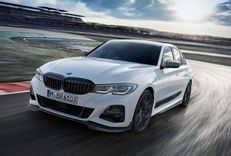 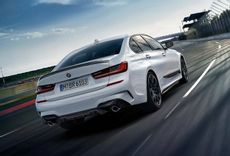 Finally! Arguably the biggest and most important reveal at this years’ Paris Motor Show has been unveiled. It is of course BMW's all-new 3 Series.

The seventh-generation 3 Series is much larger than its predecessor, measuring 76mm longer, 16mm wider and boasting a wheelbase that's 41mm longer, yet up to 55kgs lighter depending on the model thanks to the new stiffer platform it rides on. Interestingly enough, the new G20 3 Series roughly the size of the E39 5 Series, such has been the 3 Series’ growth in recent years.

It’s also unfair to label this a shrunken 5 Series, as there is far more to this car than just a resized 5er. For starters, it gets a more defined and purposeful front end, with full-LED headlights as standard and BMW's new one-piece kidney grill, while the most distinctive feature at the rear are the new longer and flatter taillights. It’s an evolutionary design no doubt, but still distinctively BMW.

The cabin is one area that has really come under the knife, with it taking styling ques from the X5 and X3. It is still a familiar place to BMW owners, but now features fewer buttons than the F30, despite being the most technologically advanced 3 Series ever. The standard layout combines a 5.7-inch digital instrument screen and 8.8-inch infotainment display, and runs on BMW Operating System 7.0, while integrating the new BMW Intelligent Personal Assistant - the Bavarian automakers answer to Mercedes-Benz's MBUX system. As an option, there's an upgrade to a 12.3-inch instrument display and 10.25-inch infotainment screen.

While there will be a handful of new engines coming through, with 4 cylinder engines featuring in the 140kw 320d, 135kw 320i, and 190kw 330i. Inline-sixes feature in the 195kw 330d and the M340i. Speaking of the M340i, its turbocharged 3.0-litre motor will produce an impressive 295kw and 500nm, and depending on the market, will be available as either rear-wheel drive or xDrive. BMW M Performance quote a 0-100kph time of just 4.3 seconds for the compact sedan, which quite frankly is amazing.

The M Sport suspension will be tuned for more spirited driving, as usual, with a new Adaptive M suspension being offered as an upgrade. This system adapts the vehicle's dynamics to the driving style or specific request of the driver. Expect the latest tech too, with the new 3 featuring an improved Head up Display, Gesture Control, a semi-autonomous Driving Assistant package, Connected Navigation, a Reversing Assistant with 50 metres of steering memory and BMW’s Digital Key.

BMW have also released pics of their line-up of M Performance parts, as you can see in the attached images. As before this includes new wheel designs, an upgraded braking system, an M Performance exhaust made from titanium and carbon fibre, loads of splitters, spoilers and diffusers for the exterior, and a handful of sporty enhancements for the interior, including an M Performance steering wheel, carbon fibre shift paddles and a carbon fibre interior trim. BMW has also created an M Performance drive analyser that records driving data from the onboard computers and relaying the info to a smartphone app.

BMW South Africa is set to launch the G20 3 Series locally in March 2019, with local specification and pricing set to be released closer to its local introduction.