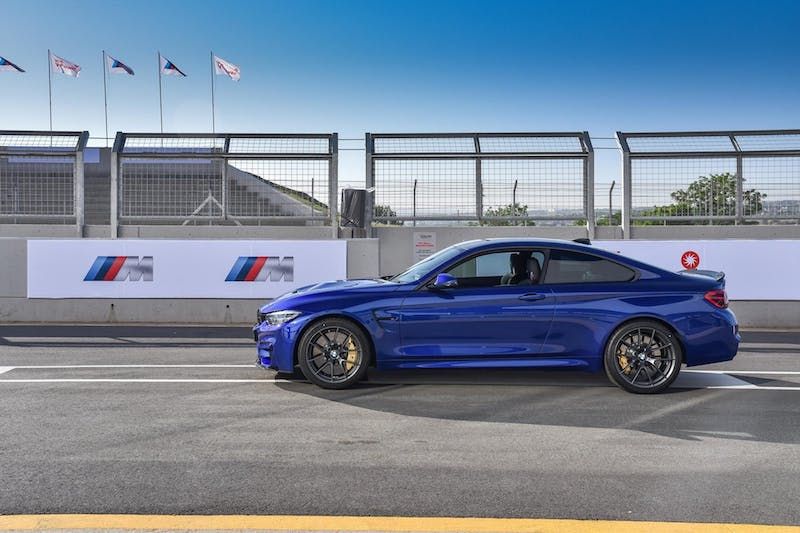 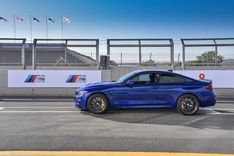 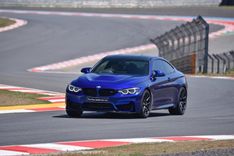 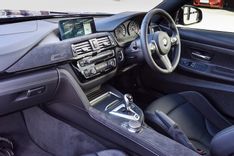 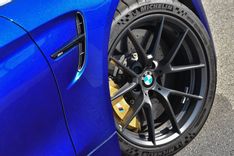 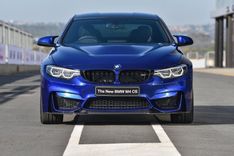 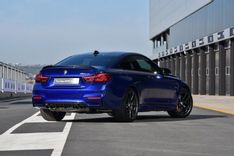 Looking for a bit more power than the BMW M4 Competition Pack? Well you’ll be happy to hear that BMW South Africa has unveiled the BMW M4 CS, which now has 338kw.

In the case of the M4 CS, some say CS stands for Competition Sport while some say Club Sport, whereas CSL stands for Coupe Sport Lightweight. Recently BMW trademarked the nameplates CS and CSL for their entire model line, possibly hinting at a new range of CS and CSL models, with the next expected to be the much anticipated M2 Competition in 2018, with a CSL version rumored to follow in 2019.

Under its CFRP hood, sits the same S55 twin-turbo 3.0-litre inline-6 that does duty in the normal M4. M TwinPower turbo technology, Two mono-scroll turbochargers, a charge air cooler, high-precision injection, Valvetronic variable valve timing, and Double-VANOS fully variable cam timing combine to achieve a new peak power output of 338kw at 6,250rpm (redline has also been extended to 7,600rpm) – some 21kw more than the M4, and 7kw more than the Competition Pack. Torque too leaps from 550nm in the CP to 600nm in the CS, which is now available from 4,000–5,380rpm. All this is channeled to the rear wheels via BMW’s 7-speed DCT twin-clutch automatic transmission.

This sees the CS break the 4 second 0-100kph sprint, clocking in at 3.9 seconds, while it will run to an electronically limited 280kph top speed, with the standard M Driver’s Package. In addition to the additional grunt, the control systems for the Adaptive M suspension, DSC, Active M Differential, and the setup of the electromechanical steering have been modified to suit the modified characteristics. It’s pretty handy on track too, with BMW claiming that the M4 CS will lap the Nürburgring Nordschleife in a sports car-like 7 minutes and 38 seconds.

On the outside, the CS looks very similar to the hardcore GTS, on which it is based. The aero package is very similar bar for the exclusion of the large rear wing on the GTS. While the GTS features an adjustable front splitter, the CS makes do with a fixed carbon-fibre one, while an aerodynamically efficient boot spoiler is fitted. The CS also features a GTS-inspired rear diffuser which is apparently very functional. The CS shares the same lightweight carbon-fibre based (CFRP) bonnet with the GTS, as well as its high-tech organic LED taillights. The carbon-fibre roof from the regular M4 carries over. Other than that, the CS gets unique badging; and forged wheels (19-inch in the front and 20-inch in the rear) wearing sticky Michelin Pilot Sport Cup 2 tyres.

The race-inspired interior is a familiar place for M4 owners. The first thing one notices when opening the door is the leather/alcantara covered lightweight M Sports seats, which are very different to the uncompromising race seats on offer in the GTS. The door skins are made from compacted natural fibres, which give them a distinct racy appearance, and feature motorsport-style pull loops instead of traditional handles. There’s also loads of alcantara covering the steering wheel, control panel, and center console, further adding to the sporty look of the CS. Finally, the “CS” lettering on the dash is there to remind you that this isn’t a regular M4. Oh, and there are backseats! Something the GTS binned in its quest for being the lightest M4 possible.