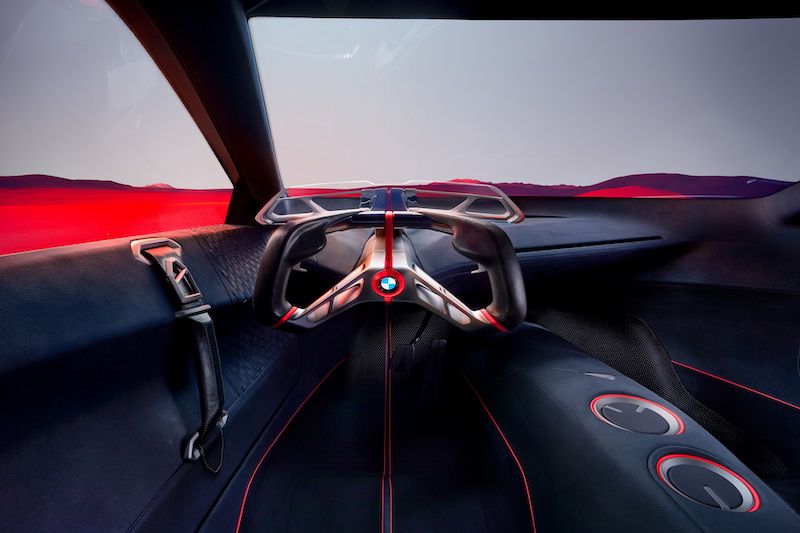 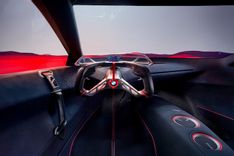 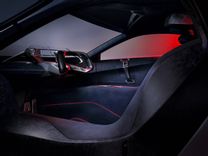 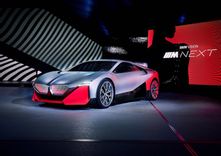 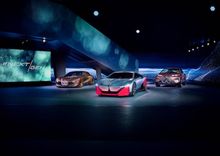 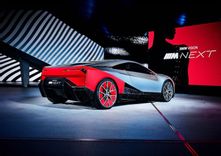 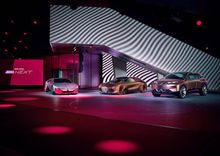 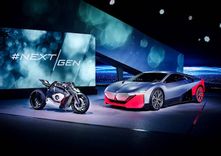 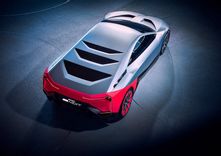 The i8 moved BMW into new territory when it debuted in 2014. To this day, it still is an incredible piece of machinery, and still looks like it travelled back in time from 2022. But while rumours of the i8’s demise gather speed, BMW has taken the opportunity to showcase their electrified supercar of the future – the Vision M Next.

“The BMW Vision M NEXT provides a glimpse into the future of sporty driving,” says Adrian van Hooydonk, Senior Vice President BMW Group Design. “Where the BMW Vision iNEXT illustrated how autonomous driving is set to transform life on board our vehicles, the BMW Vision M NEXT demonstrates how state-of-the-art technology can also make the experience of driving yourself purer and more emotionally engaging. In both models, the focus is firmly on the people inside. Design and technology make the ‘EASE’ and ‘BOOST’ experiences more natural and more intense.”

The emotion-stirring exterior design clearly announces the BMW Vision Vehicle’s performance potential, borrowing styling cues from both classic and contemporary BMW sports cars in the process. The BMW Vision M NEXT draws its inspiration from the iconic BMW Turbo and groundbreaking BMW i8 plug-in hybrid and adopts a future-focused interpretation of design elements such as the low-slung, wedge-shaped silhouette, gullwing doors and striking colour scheme.

The unmistakable sports-car proportions are composed of surfaces characterised by clarity and pared-down styling. The front and rear ends are finished in the matt-neon shade Thrilling Orange, producing a vivid contrast against the exterior’s otherwise silk-matt Cast Silver metallic paintwork. This use of colour blocking gives the Vision Vehicle an added air of modernity and emphasises its inherent dynamism.

The actual driving experience in the BMW Vision M NEXT is every bit as captivating as its exterior looks. The Power PHEV drive system in offers the choice between electric all-wheel drive and pure rear-wheel drive, with either all-electric propulsion or the power of a turbocharged four-cylinder petrol engine. System output of 441kw (600 hp) produces a top speed of 300kph and enables the BMW Vision M NEXT to sprint from 0 to 100kph in just three seconds.

There is also a BOOST+ mode that puts extra power on tap at the push of a button. The maximum range when driving in all-electric mode is 100 km – more than enough to complete the majority of journeys purely on electric power. This means the BMW Vision M NEXT is a sports car that would also be suitable for use in city centres where zero-emissions zones may come into force in the future.

The pioneering mix of materials employed in the BMW Vision M NEXT, including woven synthetic fibres, anodised titanium and painted surfaces, has never been seen before in a vehicle in this form, which is why it brings out the car’s character to such stunning effect. Use of leather has been kept deliberately to a minimum, which is why it only adorns the design details that the driver’s and passenger’s hands touch directly, such as the steering wheel and door pull handles. Instead, the interior is dominated by a Midnight Blue microfibre fabric whose look and feel are akin to leather, but is also highly distinctive. Judicious use of Thrilling Orange contrasts injects additional sporting flair.

A particularly striking touch here is the accent line in the driver’s area that runs forwards from the seat over the BOOST Pod, indicating the ideal line of sight over the road. A light element in the BOOST Pod further strengthens this line.

The BMW Vision iNEXT and BMW Vision M NEXT Vision Vehicles represent prototype versions of BMW’s future experience concepts “EASE” and “BOOST”. EASE encompasses all the experiences during a journey when the vehicle assumes the task of driving. Here, the vehicle is transformed into a living space on four wheels, where the passengers can feel safe and secure. From rest and relaxation, via talking, interacting and enjoying in-car entertainment, all the way to maximum concentration – the experiences on offer with the EASE concept are as varied as the occupants’ needs.

BOOST, meanwhile, stands for the ultimate active driving experience. The EASE and BOOST concepts are underpinned in equal measure by the building blocks for the BMW Group’s future, comprising the innovation areas of Autonomous driving, Connectivity, Electrification and Services (ACES). The Design lends these areas visual expression and makes the underlying technology something you can engage with (D+ACES).