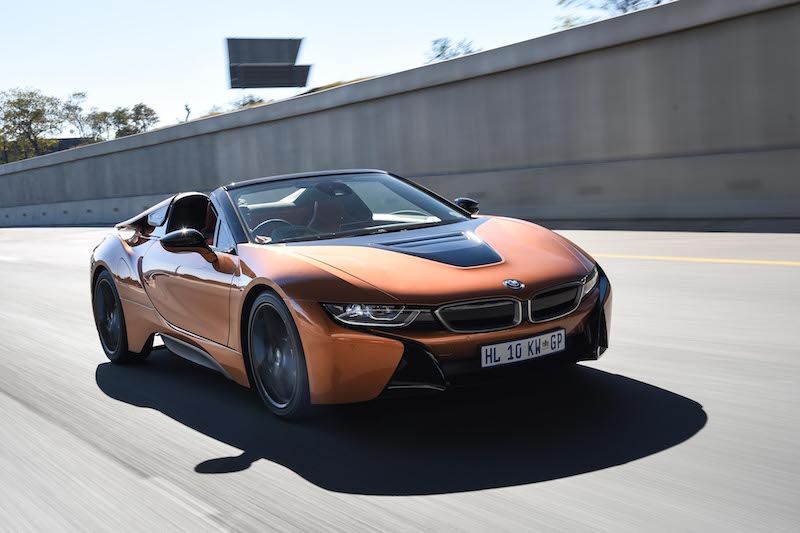 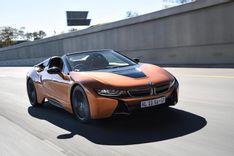 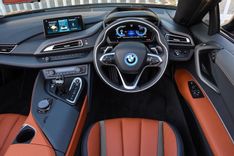 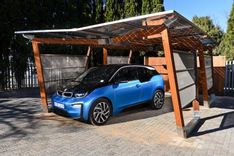 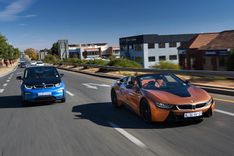 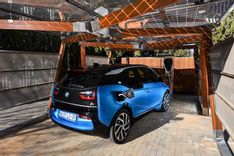 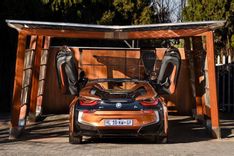 BMW's stunning i8 Roadster – along with the new i3 - launches in South Africa today.

While the fundamentals of the i8 remain, ie. plug-in hybrid powertrain, aluminium chassis with a carbon-fibre monotub, it does boast a battery with a higher capacity, and a hybrid powertrain that gives a better range, and more importantly improved performance.

BMW SA have priced the hybrid convertible R2 329 300 (the i8 Coupe is R2 095 200). The Roadster tips a scales a mere 60kg more than the Coupe, thanks to changes around the windscreen, rear window, and the whole structure including new frameless scissor-action doors. BMW says that the electric soft-top roof is capable of opening in just 15 seconds - while travelling at up to 50kph.

As expected, it features a revised version of the original i8's plug-in hybrid setup, which comprises a turbocharged 1.5-litre 3-cylinder petrol engine driving the rear wheels with 170kw and 320nm. When combined with the uprated-front axle mounted electric motor which now produces 105kw and 250nm, total output now leaps to 275kw - up from 266kw.

A more powerful 11.6 kWh battery is installed and electric range for the Roadster is a claimed 53km. Driving with the electric motor alone is possible at up to 105 kph (this limit was previously 70kph), while prodding the eDrive button pushes the pure-electric driving threshold up to 120kph. A full charge will take 4.5 hours using a 10 A/230 V domestic power socket. And it will do 0-100kph in 4.4 seconds and top out at 250kph.

The bumpers have been refreshed and it’s ditched its circular fogs in favoUr strip LED lights as well as some plastic body cladding. LED headlights are now standard. It also sports a wider track, 20” alloys and a slightly tweaked suspension. BMW says the lithium-ion high-voltage battery sited in the vehicle floor provides a range of up to 300 km.

It also benefits from a reprogrammed traction control system that’s geared towards agility. Inside, it’s a very familiar place bar for the addition of some new trim combinations. The i3 comes with a 125kw electric motor that produces 250nm, and runs to 100kph from standstill in 7.3 seconds.

The i3s, which is expected to arrive in the fourth quarter of 2018, packs a more powerful punch. It features an upgraded electric motor that produces 135kw and 270nm of torque - an increase of 10kw and 20nm. While that might not sound like a lot, it will silently whizz from 0-100kph in just 6.9 seconds, and eventually top out at 160kph. The drivetrain is engineered to provide better power at higher engine speeds. There's also a Sport mode that tightens up the steering and throttle response for maximum driver enjoyment.

Both the i8 and i3 come standard with a 5-year/100 000km maintenance plan. There are current 38 All BMW i Service Dealerships in SA, and all are equipped with AC and/or DC fast-charging stations.