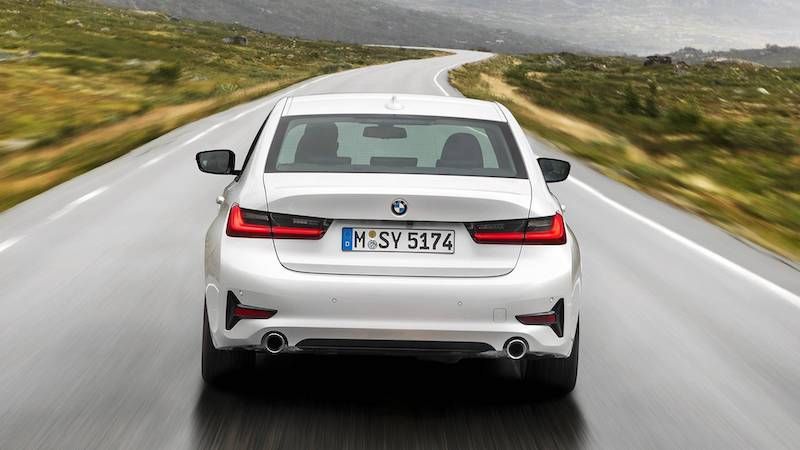 Even though BMW’s all-new G20 3 Series is only set to debut in South Africa in March 2019, us folks at Auto Advisor have the scoop on pricing for the compact luxury sedan.

As we previously reported, the seventh-generation 3 Series is much larger than its predecessor, measuring 76mm longer, 16 mm wider and boasting a wheelbase that's 41mm longer, yet up to 55kgs lighter depending on the model. The G20 is based on the Cluster Architecture (CLAR) platform and features increased use of high-strength steel and aluminium. The car gets a more defined front end, with full-LED headlights as standard and BMW's new one-piece kidney grill, while the most distinctive feature at the rear are the new longer and flatter taillights. The G20 also has a flat and covered underbody, resulting in a reduced drag coefficient from 0.26 Cd to 0.23 Cd for the 320d.

The cabin is one area that has really come under the knife, with it taking styling ques from the X5 and X3. It actually features fewer buttons than the F30, despite being the most technologically advanced 3 Series ever. The standard layout combines a 5.7-inch digital instrument screen and 8.8-inch infotainment display, and runs on BMW Operating System 7.0, while integrating the new BMW Intelligent Personal Assistant - the Bavarian automakers answer to Mercedes-Benz's MBUX system. As an option, there's an upgrade to a 12.3-inch instrument display and 10.25-inch infotainment screen. Expect the latest tech too, with the new 3 featuring an improved Heads-Up Display, Gesture Control, a semi-autonomous Driving Assistant package, Connected Navigation, a Reversing Assistant with 50 metres of steering memory and BMW’s Digital Key.

For the first time in over 35 years, the 3 Series will not be manufactured locally. This is because BMW’s Rosslyn plant has swapped production of the 3 Series for the new X3. And with this, the G20 will be built in Germany, Mexico and China.

As per BMW South Africa’s online configurator, they will launch the G20 in two derivatives – a single petrol engine and a single diesel engine - the 320d and the 330i. Much like its predecessor, the 320d will use a 2.0-litre four-cylinder turbo diesel motor to produce 140kw and 400nm. According to BMW, this is good enough for a 0-100kph sprint in just 6.8 seconds. The petrol engined model, the 330i, is also powered by a 2.0-litre turbo motor like before, but outputs are up from 185kw and 350nm to 190kw and 400nm. Power is sent to the rear-wheels via an 8-speed automatic gearbox, and 0-100kph is done and dusted in a claimed 5.8 seconds.