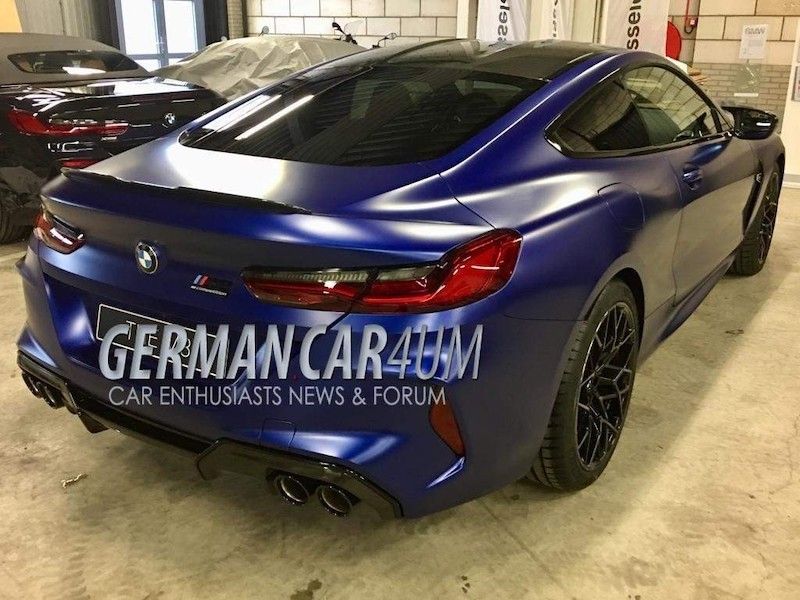 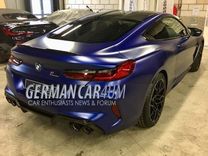 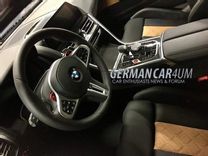 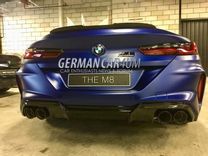 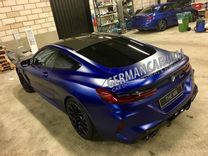 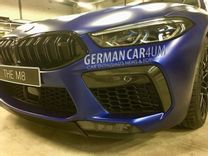 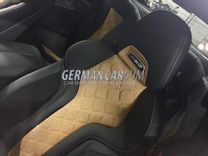 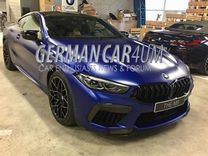 Christmas has come early for BMW fans as the pics of the most eagerly BMW in recent years has hit the internet. We are of course talking about the upcoming BMW M8.

But this isn’t even the M8, this is the even hotter M8 Competition! While BMW has been teasing us with camouflaged images of the M8 for many months, one bold member of GermanCar4UM decided to upload these images of the scorching coupe.

As you can see, the M8 Competition features an aggressive bodykit, slightly wider haunches than the regular 8 Series, and is fitted with a carbon-fibre package. Not only does the carbon fibre look great, but it also lowers the weight of the coupe. There is also a carbon fibre roof, carbon ceramic brakes, 20-inch forged wheels, a carbon fibre gurney rear spoiler similar to that seen on the racy M4 CS, and the trademark quad pipes exiting a meaty diffuser. This particular car sports gloss black touches throughout that compliments its Frozen Dark Blue paintjob.

The interior is also far sportier than the M850i, and is also awash with carbon fibre trim. There is a special M gear shift, and M steering buttons similar to that seen on the M5. Completing the interior are lightweight two-tone coloured sports seats.

Whereas the current flagship of the 8 Series line-up – the M850i – uses a 4.4-litre twin-turbo V8 motor to produce 390kw and 750nm, the M8 is rumoured to use a retuned version of the 4.4-litre twin-turbo V8 from the mighty M5. But according to rumours, the M8 will boast an output of 470kw, with the M8 Competition getting close to 485kw. And much like the M5, it will get an M-tuned xDrive all-wheel drive system. While these rumours are unconfirmed, it’s not improbable when you consider than the M8 is the performance flagship of the BMW brand.

Unlike with previous models, where BMW introduces an M model and then the Competition variant at a later stage, it is rumoured that BMW will launch the M8 Competition alongside the regular M8, with both expected to bow at the Geneva International Motor Show in March. And yes, it is coming to South Africa.