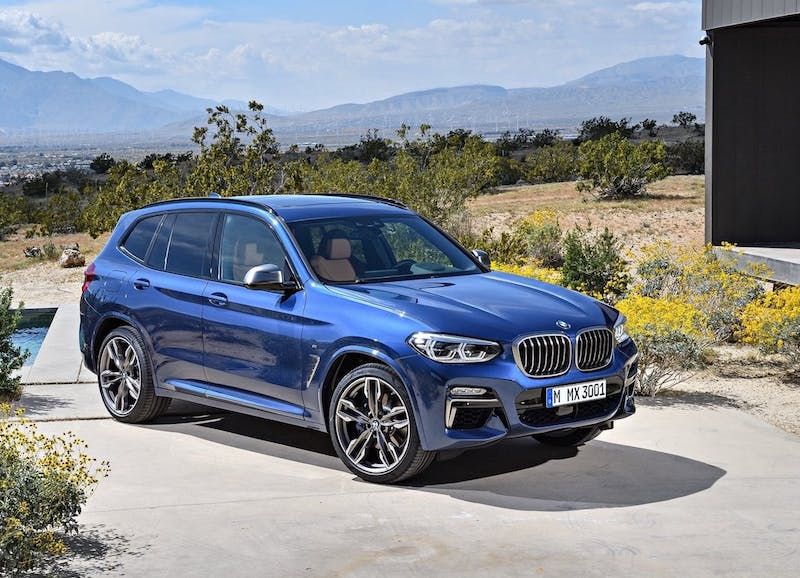 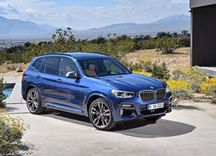 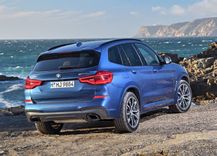 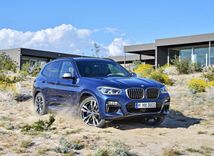 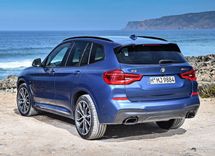 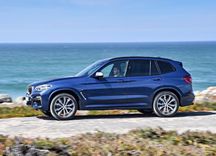 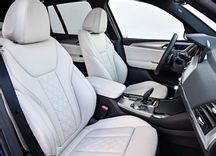 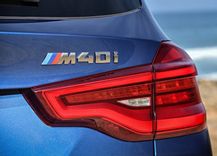 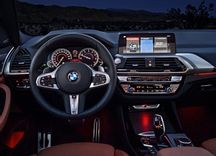 The compact SUV market is hotter than ever. With new offerings from Porsche, Jaguar and even Alfa Romeo, the German brigade which make up segment stalwarts have had to really raise their game in all areas. Enter the 2018 BMW X3 – facing stiffer competition than ever before, the Bavarian marque has come out guns blazing with its new M Performance version, the X3 M40i.

Going toe-to-toe with the upcoming 260kw Audi SQ5 and the 270kw Mercedes-AMG GLC43, the X3 M40i is powered by the B58 3.0-litre TwinPower turbocharged V6 that is shared with the X4 M40i, that outputs 265kw and 500nm available from 1,520 - 4,800 rpm. Incidentally, the M40i marks the arrival of the first ever M Performance Automobile in this model series. This engine is paired with an 8-speed Steptronic automatic transmission that, with launch control, helps the X3 M40i complete the 0-100kph benchmark in a best in segment time of just 4.8 seconds. The M40i features an updated xDrive system that is more rear-biased than before, while the regular models now come standard with the xDrive all-wheel-drive system.

The X3 M40i tops the X3 range until the full fat M model arrives in 2019. The range-topping F97 X3 M and F98 X4 M will apparently both be powered by the all-new 3.0-litre S58 motor. This motor will be an evolution of the S55 motor which currently powers the M3/M4 and is expected to put out between 335-345kw. Compared to the B58 motor, the most significant new development in the S58 is temperature management by using a water-to-air intercooler integrated into the intake plenum. This results in a more even temperature inside the intake, which will be beneficial to performance. The X3 will also be available in 2.0-litre xDrive20d and 3.0-litre xDrive30d turbodiesel versions when it’s launched here, respectively mustering outputs of 140kw/400nm and 195kw/620nm and fuel consumption figures of 5.4 and 6.0 litres/100km. All versions get an eight-speed Steptronic transmission. We will also be getting a petrol engined xDrive30i that produces 185kw at launch, with the xDrive20i following next year.

Apart from a stonking new motor topping the line-up, the X3 is all-new. For starters, it’s sporting a new aggressive body featuring the same design language on the X1 and X5, marrying rugged off-road looks with generous presence. The third-generation X3 is the first SUV based on BMW’s CLAR modular platform which made its debut in the 2016 7-Series. While the exterior dimensions haven’t changed much, the crafty designers in Bavaria have managed to eke out an additional 56mm of wheelbase length to 2.87metres - ensuring a slightly more spacious cabin – without compromising the X3’s size. And thanks to its short front overhang – which makes it more capable off-road - and finely balanced proportions, its endowed with a perfect 50:50 weight distribution between the front and rear axle.

Inside the cabin, the X3 looks very similar to the new 5-series and benefits from the latest goodies from BMW's high-tech bag of tricks, including a larger, full-color head-up display, as well as a 10.25-inch touchscreen running the latest version of BMW's iDrive infotainment system. BMW’s much talked about gesture control as seen on the 7-series makes its way into the X3. Among its new comfort enhancing features, you'll find the 3-zone automatic climate control, front ventilated seats, a longer panoramic glass moon roof, as well as the 40:20:40 split/folding rear seat backrests which can be adjusted individually and through various stages. The new X3 will also receive BMW's latest driver-assistance and crash-prevention technology, including adaptive cruise control, lane-keep assist, cross-traffic alert, and frontal collision mitigation. Customers can choose from four model lines - Standard, xLine, Luxury Line and M Sport.

The new X3 will be manufactured at the Bavarian automaker's Spartanburg plant in North Carolina, where it will be produced along with its X4, X5 and X6 siblings, which incidentally produced some 411,171 X units last year. However, from April 2018, the X3 will also be produced in South Africa at BMW’s Rosslyn plant, where X3 production has replaced the 3 Series. Since the X3 was launched in 2003, created the sport activity vehicle market in the process, BMW have recorded more than 1.5 million vehicles worldwide, and with sales of the X3 on the up, BMW is riding a crest that could very well see the new X3 becoming a sales revelation like the two generations before it.

Pricing for new X3 is as follows: