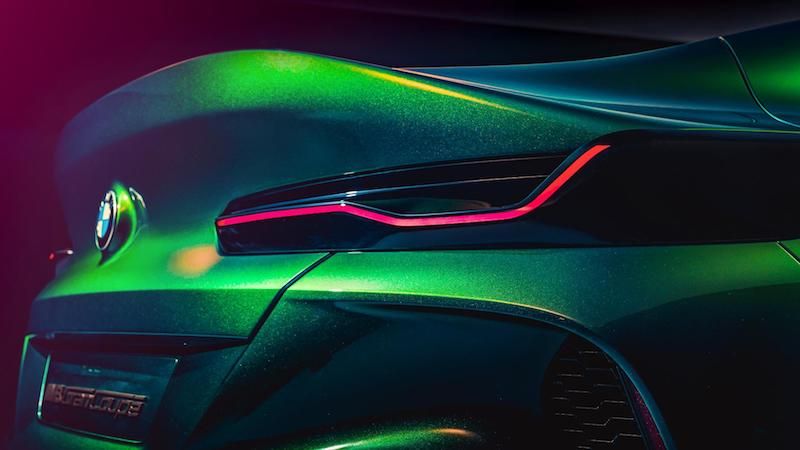 While BMW calls this a concept, it gives a very good idea of what the production 8-series will look like. The car sports all the usual M-series traits, an aggressive front bumper, muscular fenders, massive wheels, quad pipes out the rear, and in this case, yellow tinted headlights reminiscent of the M8 GTE race car.

Nothing is confirmed on the engine front, although with the demise of the 760Li's massive 6.6-litre V12 in certain markets, it is very likely the M8 will feature the M5's 4.4-litre V8 twin-turbo equipped with over 450kw. It is expected to feature the M5’s xDrive all-wheel drive system as well.

The M8 Gran Coupe, replaces the current 6 Series Gran Coupe, will likely go up against the upcoming Audi RS7, Porsche Panamera Turbo S, the Aston Martin DB11, and the soon-to-be-unveiled Mercedes-AMG GT Coupe, when it goes on sale late next year. A Convertible version is also planned, but will be showcased at a later stage.