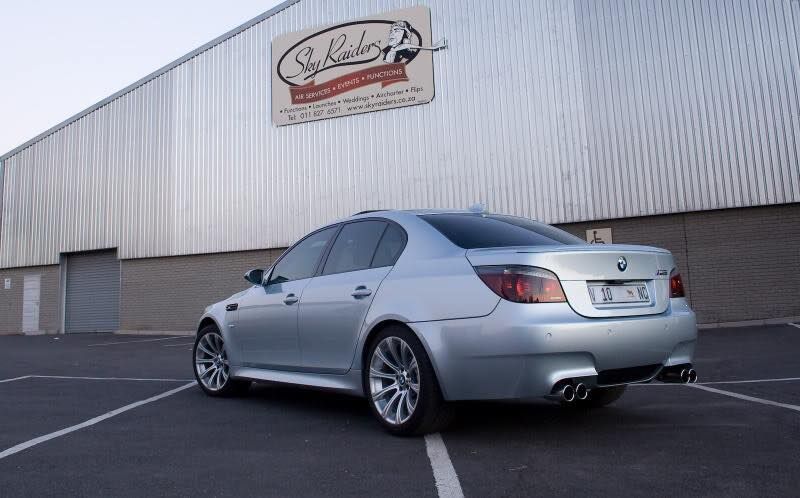 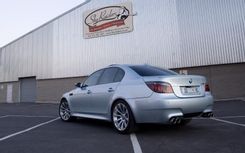 BMW's M Division have developed some of the most spectacular performance engines of all time. And arguably their greatest accomplishment was the monstrous V10 that powered the E60 M5.

The V10 power plant, internally dubbed S85 B50, was a clean sheet design. In that it shared no component with any other BMW M motor before it. Back in 2005, the decision to switch to a V10 was no doubt influenced by BMW’s V10-powered efforts in F1; however, BMW had always desired to build a motor where each cylinder displaced 500cc.

The extraordinary 5.0-litre motor featured dual VANOS VVT, individual throttle butterflies for each cylinder and boasted a 100 hp-per-litre state of tune. This gave the M5 373kw and 520nm – which was more than the supercharged Mercedes-Benz E55’s rated output of 350kw. With drive channelled to the rear wheels through BMW’s 7-speed SMG III gearbox and an electronic M differential, the M5 was billed as being BMW’s fastest accelerating road car ever built – and it held that title until the similarly-engined M6 arrived in South Africa in November 2005. Official figures put its 0-100kph at 4.7 seconds, with an electronically limited top speed of 250kph.

Although the capacity indicated sheer grunt, the engine thrived on revs to make its power. It didn’t hit its limiter until a crazy high 8,500rpm. It might not have been the prettiest M car, but true petrol heads would argue that the best sounding series production car ever sold in South Africa was the E60 M5.

The fact of the matter is that the F90 M5’s new turbocharged engine is both its strong point and its weak link, as its twin turbos mute the engine noise and ruin the experience, and the experience is one of the primary reasons one would buy such a car for, in the first place. The E60 had a total of 11 gearshift modes depending on if the transmission was being used in automatic or manual mode, which no doubt made things very confusing for drivers. Sadly, only North America received manual versions of the M5.

The reality is, that the E60 was the last ‘proper’ M5, for the true purists who wanted a proper, naturally-aspirated ‘M car’. And being an M5, it was the kind of car that would scoff at the thought of turbochargers or superchargers, and for fun, just revved its V10 to muffle out any complaints any forced induction fans would have had.

In typical BMW M fashion, it was light years ahead of its competitors in terms of dynamics, and this was proven by a 7:52 unofficial lap time around the Nurburgring. These days you can pick up one of these supercar slayers for anything around R250K. A far cry from the R953 500 BMW SA priced it at when it debuted at in June 2005.