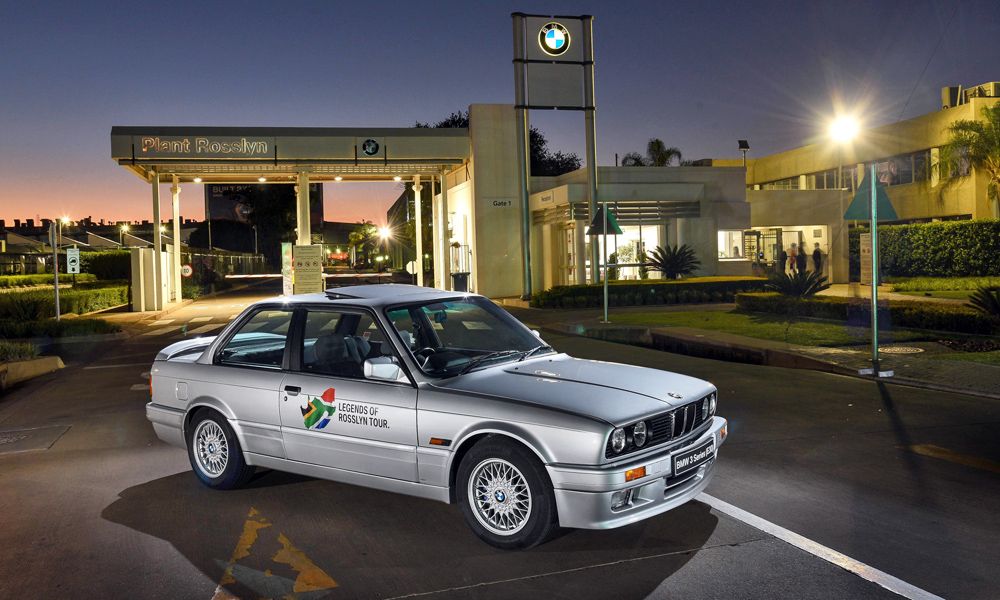 This is arguably one of the most loved and sought after cars, ever released on the South African market - the BMW 325iS.

Built with the sole purpose of dethroning the dominant “Superboss” Kadett 16V in Class A of the exciting and competitive Stannic Group N Production Car Championship series, the E30 325iS was a South African “M3” of sorts. The 325iS “replaced” the 333i as ‘the’ performance model in the 3-Series line-up.

Launched in the first half of 1990, the EVO1 was equipped with aluminium doors, fenders and bonnet, was fitted with the race-tuned suspension from the E30 M3 and was, most importantly, endowed with a butter-smooth, Alpina-fettled, 2.7-litre version of BMW’s M20 straight-six engine, outputting a healthy 145kw and 265nm.

By comparison, the more exclusive 333i, was basically standard 325i with an inline-six 3.2 litre engine, from 733i, 533i and 633CSi, stuffed under its hood, which put out 145kw and 285nm. For the EVO2 though, power was bumped to 155kw while torque remained the same; while the aluminium bonnet, fender and door panels reverted back to steel. The ride height was lowered by 10mm with the installation of stiffer, shorter springs and a thicker rear anti-roll bar was installed to keep the tail in check.

Strangely enough, the more powerful 325iS was actually minutely slower than the older 333i. Whereas the 325iS needed 7.42 seconds to hit 100kph from standstill, the 333i achieved this feat in 7.23 seconds. In the top speed stakes, the 333i once again shaded the 325iS with 231kph to 226kph. Despite giving up a few tenths to the 333i, the 325iS was both quicker and faster than the highly rated Opel Kadett ‘Superboss’.

The technical changes to the EVO2 resulted in improved mid-range performance, eventually culminating in a Group N championship win for Robbi Smith in his 325iS in 1993. It became known as the Gusheshe – which apparently means ‘Panty Dropper’, and became popular in the local “spinning” scene; too, because of its rear-wheel drive layout and easily controllable nature while doing doughnuts and burnouts. In fact, depending who you ask, the E30 is either respected or detested, with some feeling that the spinning culture has ruined the E30s legacy.

Built exclusively for the South African market, word is that BMW South Africa only ever produced 508 units of the 325iS, and this included EVO1 and EVO2 specs. When launched at the start of the 90s, the 325iS carried a sticker price of about R95 000 for the EVO1, which was more than double that of the 333i which could be bought for R41 300 when it debuted in 1986. The EVO2 was even pricier when it was unleashed in 1992 – carrying a price tag of around R105 000.

These days the E30 325iS is now extremely sought after by collectors who are willing to pay at least triple the launch price for a clean factory standard example. Love it or hate it, the 325iS deserves respect, not only because of its on track conquests, but because it was an integral part of South Africa’s automotive history, where we showed the world that we could build a car that could rival the legendary E30 M3 in terms of cult status.