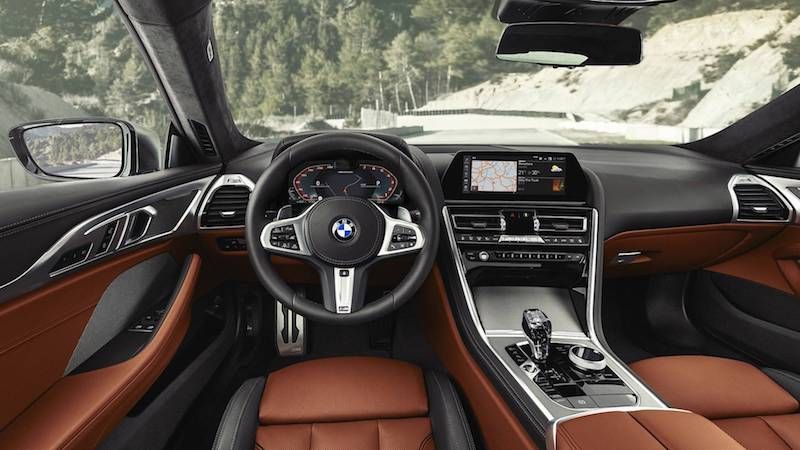 This is it! The all-new BMW 8 Series. After an extensive teaser campaign, BMW’s new flagship, the 8 Series Coupe bowed Friday, on the eve of Le Mans.

The last time the 8 Series name graced a BMW was back in 1999, and now 19 years later it has returned - with according to BMW’s Global Product Manager - offering the performance of a Porsche 911, with the elegance and luxury of a Mercedes-Benz S-Class Coupe. Combining the latest tech, with a stunning coupe body, the 8 Series marks a return to form by BMW which have in recent years been criticized for playing it too safe in terms of design.

This coupe could be mistaken for a facelifted 6 Series, but it should be stressed that this car is all new. While the 6 Series was essentially a coupe variant based on a 5 Series, this represents the pinnacle of BMW’s efforts – having the best chassis, powertrain, performance and cabin technology that BMW has available today. Despite being shorter, wider and lower than the 6, this is far more luxurious and upmarket.

One of the biggest talking points, is its high-tech interior, which is welcome departure from the traditionalist BMW interiors of recent times. The centre piece of the interior is BMW's new Operating System 7. It relies on a digital instrument cluster projected on a 10.25-inch screen joined by the BMW Live Cockpit Professional infotainment setup built around the 12.3-inch central-mounted screen. A revised head-up display is also among the standard features of the new 8 Series.

In terms of powertrains - topping the line-up until the M8 arrives is the M850i xDrive, which uses a brand new TwinPower 4.4-litre V8 that produces 390kw and 750nm. It shares its power plant with the M550i, but features a tweaked injection system, thermal shielding, cooling system and engine electronics. BMW claims it does 0-100kph in just 3.7 seconds. It’s combined with a revised 8-speed Steptronic sport transmission, active M suspension with electronically controlled dampers, and launch control.

xDrive all-wheel-drive is standard, capable of splitting power front to rear with an electronically controlled multi-plate clutch. Along with standard-fit Integral Active Steering, which turns the rear wheels as well as the front ones, it should improve handling and lane-changing stability.

There is an 8 Series Convertible in the works, as well as a Gran Coupe variant on the way, with the M8 expected to be revealed at a later stage.