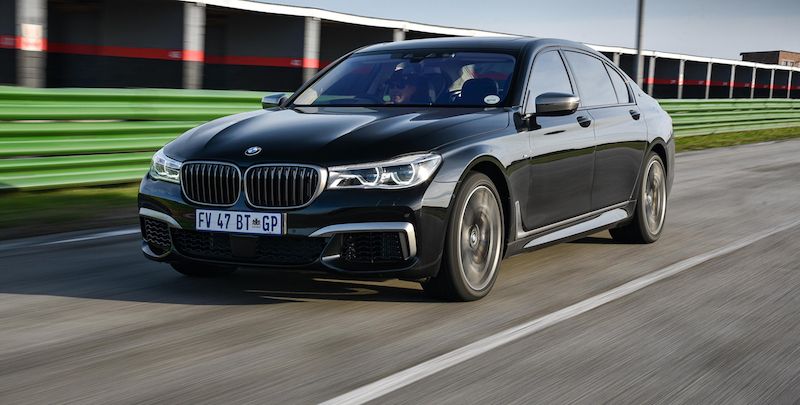 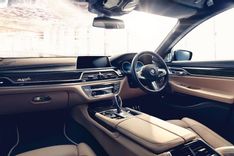 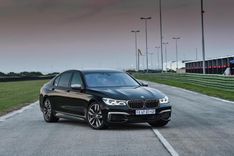 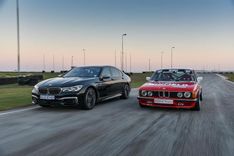 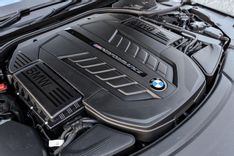 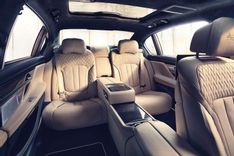 A Sledgehammer Wrapped in Velvet

What you're looking at is the most powerful and fastest accelerating road car BMW has ever build to date. The BMW M760Li xDrive combines everything BMW knows about performance and mixes it with a 2.2 ton limo to create their flagship super limo.

It has been 30 years since BMW raised the bar on cylinder count with a then-radical V-12 engine that redefined sophistication in a luxury sedan. The 1988 760 was a revelation in terms of how easily and smoothly it delivered power and all-important torque. The new M760 has all-wheel drive (xDrive) and rear-wheel steering—an automatic function that improves handling by articulating the rear wheels based on a host of dynamic parameters analyzed by onboard systems.

Power comes from a 6.6-litre V12 Twin Power motor that puts out a 448kw and 800nm. 0-100kph comes up in just 3.7 seconds thanks to AWD xDrive and powers on to a governed top speed of 305kph if the optional M Driver's Package is selected. Power transfer is via the state-of-the-art eight-speed Steptronic Sport transmission as fitted standard. But for the M760Li, the box has been tuned specifically for the V12 engine by BMW’s M Performance department, and delivers sportier and even faster gear changes than ever before.

While not a fully-fledged M-car, the M760 Li spearheads the range of strikingly dynamic BMW M Performance Automobiles. It is currently available for order in South Africa at a price of 2 828 411 for the 7 Series flagship.