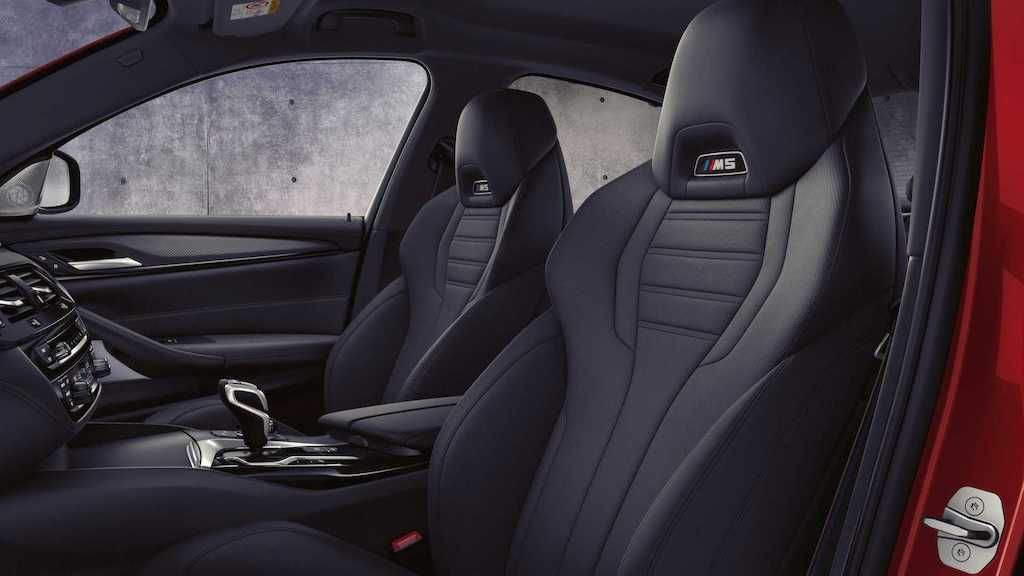 Whereas BMW’s recently unveiled 4 Series drew mixed reactions, there seems to be no division regarding the updates to the new BMW M5. The model first introduced in 2016, has been given its ‘life cycle impulse’ in BMW-speak. In layman’s terms, a thorough facelift. BMW sought to not only update it visually, but make some very important tweaks under the skin, all with the aim of not only keeping the M5 as fresh as possible but by ensuring extra driver appeal.

Looking at the new M5 head-on, it’s easy to spot the updates made to the front end. Aside from the newly designed front bumper with revised intakes, and the larger kidneys (which are now in black), the front headlights are slimmer in design and features BMW’s new Dynamic Laser Matrix beam technology for extra brightness. It’s also easy to spot the new L-shaped light tubes that double as DRLs and the intakes below the license plate that have been adapted for air ducting.

Side on, BMW has added gloss black mirror caps, restyled gills in black, as well as a new 20-inch M double-spoke bicolor wheel known internally as the 810M. The new black detailing continues at the rear, with a redesigned rear bumper that incorporates a black rear diffuser and M specific tailpipes. The 3D design LED taillights have also come under the knife and also feature the L shape styling seen on the headlights. To top it off, BMW has added a model-specific gurney lip in gloss black.

Much like the updated 5 Series that debuted recently, the M5 benefits from updates to the car’s infotainment system. It now gains BMW’s latest operating system in the form of iDrive 7, which endows the sedan with two 12.3-inch screens (up from 10.25-inches) – one which displays the relevant digital data to the driver, and the other mounted in the middle of the dash for all other information. It also gains Apple CarPlay and Android Auto functionality, which is wireless. The interior also gains a new leather trim that is exclusive to the M5 Competition, as well as two new buttons located on the side of the gear lever that is a shortcut to the car’s performance driving modes.

Aside from the exterior updates, BMW has fettled under the M5 Competition’s skin too. Together with some chassis revisions, it gets a new damper control system from the M8 Gran Coupe. BMW M claims that not only do these improve ride comfort, but also reduce destabilization under poor road surfaces. Thanks to these new shock absorbers, it sits 7mm lower than the regular M5. BMW is also offering new colour options for the M Compound brake calipers, of which the 28kg lighter carbon ceramics are still optional. Another nicety unique to the Competition are stiffer motor mounts with a claimed spring rate of 900N/mm – almost double the stiffness of the standard M5’s 580N/mm mounts.

As before, the M5 is available in two derivatives – the M5 and the M5 Competition. And while there was talk that the Competition variant would be getting more power, that didn’t happen. Both use the same twin-turbocharged 4.4-litre V8 as the M8, with the M5 outputting 441kw and 750nm, whilst the M5 Competition churns out 460kw and 750nm. The M5 Competition will sprint from 0-100kph in 3.3 seconds and will run to a top speed of 305kph when the optional M Driver’s Package is specified.

Both the M5 and M5 Competition come standard with an M-tuned xDrive all-wheel-drive system that allows the driver to select between 4WD, 4WD Sport, and 2WD traction modes – the latter acting as a makeshift drift mode. There are also four driving modes to choose from: Comfort, Sport, Sport+, and a new Track mode. The new Track mode, can be activated by a new button on the center console, disables all operational safety aids, bar for the Evasion Assistant, and collision warning. It even deactivates the system that turns on the hazards under extreme braking.

The new M5 is expected to go on sale in Europe in the third quarter of 2020, with it arriving in South Africa before the end of the year. BMW South Africa will once again only offer the M5 Competition and will reveal pricing closer to its local introduction.