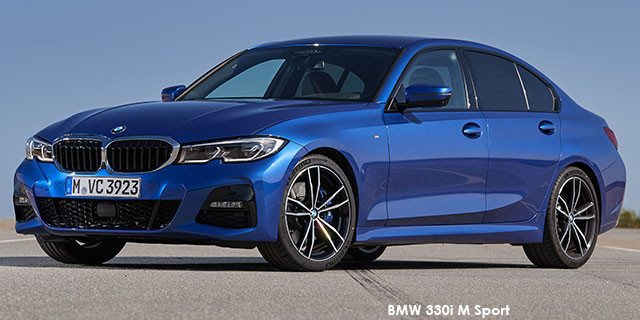 The BMW 3 Series is a vehicle that needs very little introduction. As the Bavarian marque’s most successful model to date, the 3 Series, now in its seventh generation, has always delivered sporty driving dynamics, quality, luxury, and the latest technology to the small luxury sedan segment.

In recent years though, competent opposition and the shift from crossovers and SUVs has meant that this segment stalwart, which has recorded an astonishing 15-million unit sales since its introduction in the 70s, has lost some of its momentum in the sales charts. We recently had the latest 330d on the test and poised the question to ourselves; does a medium-sized premium sedan with a large capacity diesel engine still have a place in the market?

The 3 Series has had a few outlandish styling updates from generation to generation in the past. Think of the transition from E46 to E90 for example, however, the changes from the old F30 into this new G30 variant are more evolutionary. Up front, the kidney grille is (thankfully) not as large as that of the new X7 and updated 7 Series while the LED headlights are sharper, as are the air intakes on the lower bumper.

The side profile is more muscular too, with two strong character lines running from the front to the rear end. The rear end is characterised by smoked LED taillamps and a rounded rear bumper which, in the case of our 330d press vehicle, houses one exhaust tip on either side. Overall, it’s an improvement from the previous generation and is, in our opinion, the best looking 3 Series since the E46 from two decades back.

The new generation of BMW interiors has certainly caught, and in some cases, surpassed those of the once segment-leading Audis. Inside the new 3, the fact that it rides on the brand's CLAR(Cluster Architecture) which made its debut in the 7 Series years back explains how the brand has been able to incorporate so much of its new technology into this model.

The first thing you will notice when climbing on board is how well the infotainment system is incorporated into the dashboard. The 10,25-inch system in our press unit features the latest BMW Operating System 7.0 which presented a fantastic resolution and can be controlled by the toggle switch in the center console, by touch, via the steering wheel, or even by gesture and voice control. The system in our press car still did not support Android Auto, which BMW says is coming, however, but the system now offers wireless Apple CarPlay. Much like its German rivals, BMW offers a Siri-like voice-operated assistant which is activated by saying "Hey BMW". We must admit, we found this feature more irksome than convenient.

The Live Cockpit Professional, which is a digital instrument cluster, is an option worth ticking as it simply looks fantastic while offering all relevant driving information. The connectivity aside though, the interior in terms of quality is certainly impressive. Rear space is still not fantastic for taller occupants but is now par for the segment while the boot measures a respectable.480-litres.

The element that really defines a 3 Series is its ability to put a smile on its owner’s face when pressing on. We are happy to report that after sampling the 3.0-litre turbodiesel with 195kW/580Nm, that it delivers on the 3 Series promise of sporty driving characteristics. The handling is beautifully neutral and even though the car is firmly sprung thanks to the M Sport package, it handles road imperfections with aplomb at speed thanks to new lift-related dampers, which are standard.

There is, of course, the M340i with xDrive in the range, however, the 330d is likely all the 3 Series that you will ever need, with a phenomenal mix of performance along with fuel economy. To put it into perspective, the 330d will sprint to 100km/h in 5.5 seconds, while also sipping a claimed 5.5 L/100km over a combined cycle.

For those not as spirited when it comes to driving, there is a host of clever semi-autonomous driving features available in the new 3. To mention a few fitted to the press vehicle; Lane Departure Warning, Active Cruise Control with Stop and Go function, Driving Assistant with Lane Change Warning, Rear Collision Prevention and Cross-Traffic Alert.

We are firm believers that BWM is on to a winner with the new 3 Series. It delivers on the BMW promise of dynamic driving while incorporating the latest in connectivity and semi-autonomous driving technology. To answer our question from earlier, yes, a car with the breadth of ability most certainly has a place within the market.

Buy a new or used BMW 3 Series at a great price.
We put you back in control, make a single request and get up to 3 quotes from dealers nationally.
Coming soon