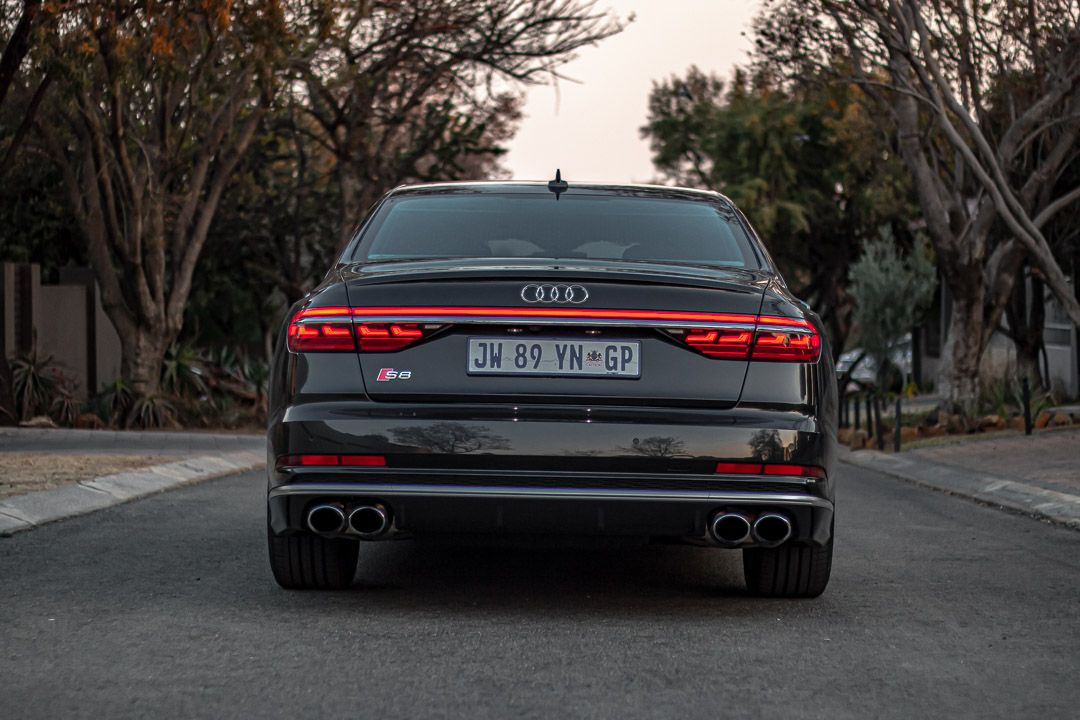 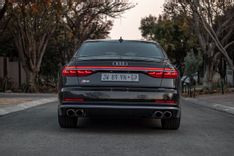 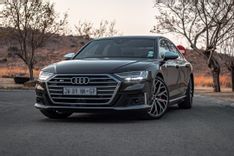 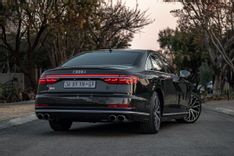 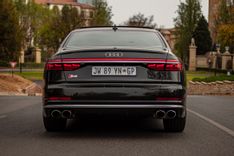 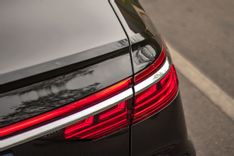 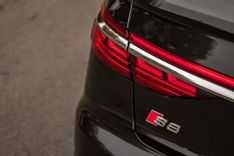 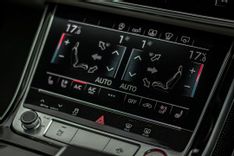 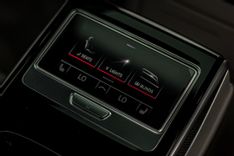 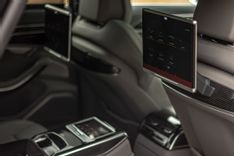 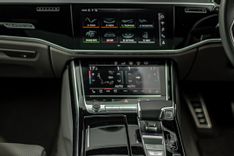 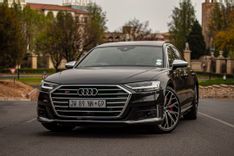 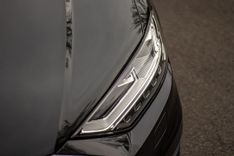 Made famous by Hollywood, Audi's big luxury saloon shot into the spotlight - and people's minds. Piloted by professional driver Frank Martin, the second-generation A8 became the darling of the silver screen as the big Audi moved swiftly and with style, Jason Statham's character hustling the big limo with ease.

Pretty soon, big Audi's were synonymous with 'cool' - a hard task for any non-performance four-door sedan to achieve. A little known addition to Audi's 'S' range of performance cars has been the S8. Always subtle and sophisticated, the range-topper adds Audi's performance prowess to what is, effectively, their range-topping car.

The latest model is no different. It's subtle and sophisticated, but it looks absolutely mesmerising. It's an exceptionally handsome vehicle that manages to be sinister and go under the radar at the same time. Painted in a stunning black shade, the S8 has a restrained menace that commands respect and attention.

Interestingly, the S8 is the only derivative that Audi offers in SA - you can no longer have the model with a regular petrol or diesel engine, but rather only the turbocharged V8. That's no train smash, though. With 420 kW and 800 Nm of torque, the hefty luxobarge is propelled to 100 km/h in just 3.8 seconds.

An eight-speed Tiptronic automatic transmission sends the power to all four wheels via the quattro all-wheel drive system. As rapid as that sounds, the S8 is equally at home soaking up the bumps and road irregularities. The pillowy-smooth air suspension carries the big Audi with grace, dismissing jarring road surfaces and speed bumps as if they're not there.

What's more, it's eerily quiet. The engine - despite its power - is ghostly, whispering even at full throttle. But other noises are kept to a minimum as well. No matter the speed, wind stuggles to intrude within the cabin. It's wonderfully refined and a serene place to be.

Despite measuring over five metres long, the S8 is rather easy to move about. The four-wheel steering makes the S8 feel as if it's pivoting on the spot, turning the large car around with exceptional ease.

The interior is an absolute masterclass. It's been a long time where we've spent time in such a clubby interior - it matches the 7 Series for build quality and ambience, but in terms of tech, it's in a class of its own. The new S-Class will certainly be able to give it a run for its money,, but until we experience that, we've got to say that the S8 has the best cabin that we've seen. Beautiful leather and tasteful trims blend well with the technology and modernity on offer.

There's simply too much to talk about, but one of the tech features we absolutely adored were the detachable screens found in the rear of the S8. Other luxury features include electrically adjustable seats with heating and cooling. A massage function is, of course, an optional extra.

Safety wise, the S8 is positively bristling with features. A 360-degree camera, a heads-up display, eight airbags and park assist are all standard. Optionally, you can fit your big Audi with adaptive cruise control, swerve assist, lane-keeping assist and more.

The suspension is worth revisiting. Audi calls it predictive active suspension (which works with the air suspension). The system can push or lift wheels independently in order to negate the pitching effects brought on by braking or acceleration. This body control is regulated via a camera that is housed on the front end, which scans the road ahead.

At R2 537 500, it's certainly an expensive car. But it's also so complete. Equipped with a resplendent V8, the big Audi manages to straddle the line between performance and refinement with ease. It's packed to the hilt with equipment too - but importantly, it undercuts its rivals by a large margin. Even though money is less of an issue in this segment, it's still impressive to see such a stately luxury saloon offer relative value in a pricey segment. For example, it costs less than the less powerful (and older) 750iL. The S8 is priced not much higher than a six-cylinder S-Class, either. It's a magnificent car and the only thing we can think to critique is the fact that we don't have one.

Buy a new or used Audi S8 at a great price.
We put you back in control, make a single request and get up to 3 quotes from dealers nationally.
Get Quotes