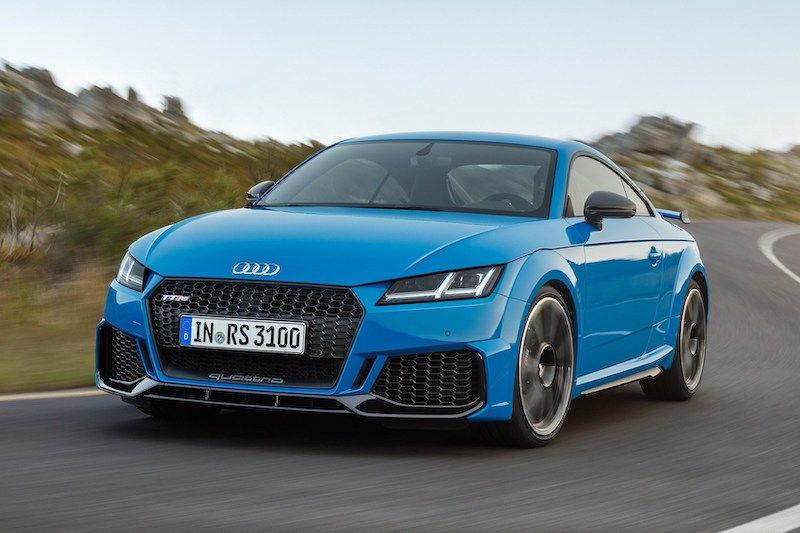 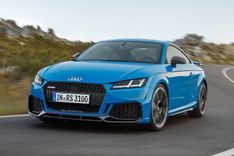 Audi Sport has revealed a sharper styled TT RS, but still with 294kw

Late last year, Audi unveiled a revised TT, which actually coincided with the 20-year anniversary of the launch of the original TT. After giving us a taste of the new-look TT, they have finally taken the wraps off the updated TT RS.

Audi believes "The new TT RS is in absolute peak form", and because of this, have not altered anything with its powertrain. It retains its award-winning 2.5 TFSI motor and once again produces 294kw and 480nm. Drive is sent to all four corners thanks to a Haldex all-wheel drive system, and is paired with a seven-speed S-Tronic transmission. As before, expect supercar-like performance from the 1,450kg sports coupe, with 100kph coming up from standstill in just 3.7 seconds, before accelerating hard to its electronically limited top speed of 250kph, or to an optional 280kph.

The real changes though, are purely stylistic, giving the TT RS a far more aggressive look. The front-end now comes with a deeper full-width front spoiler with bigger air scoops, new side sills, a newly designed fixed rear wing with side winglets and an RS-specific rear diffuser. LED headlamps are fitted as standard with matrix LED units available as an option.

Little has changed inside the car, either, other than the fitment of the latest Audi infotainment system, although many of its functions are listed as options including touch and voice control features. Controls and display in the new TT RS are focused completely on the driver. The RS sport seats with the rhombus pattern in Alcantara or optionally with a honeycomb pattern in fine Nappa leather as well as the RS logos on the seats, steering wheel, door sill trims, and selector levers underline the sporty character of the 2+2 seater.

Special RS displays in the standard Audi virtual cockpit with a 12.3-inch screen provide information on tire pressure, torque, and g-forces. In manual mode, the shift light display prompts the driver to upshift when the maximum engine speed is reached. In addition to multifunction buttons, the RS sport leather steering wheel with shift paddles features two satellite controls for turning the engine on and off as well as the Audi drive select dynamic handling system.

The new RS design package adds red or blue highlights to the car on the air vent doors, the seat belts, and the floor mats with the RS logo. The extended RS design package also offers contrasting design elements on the seats and center console.

The 'new' TT RS will be available in eight different colours, including the new RS-specific colour Kyalami green and the new colours Pulse orange and Turbo blue. Upon request, matte aluminium and gloss black styling packages highlight the blade and rear wing. However, final specification for South Africa will be announced at a later stage.