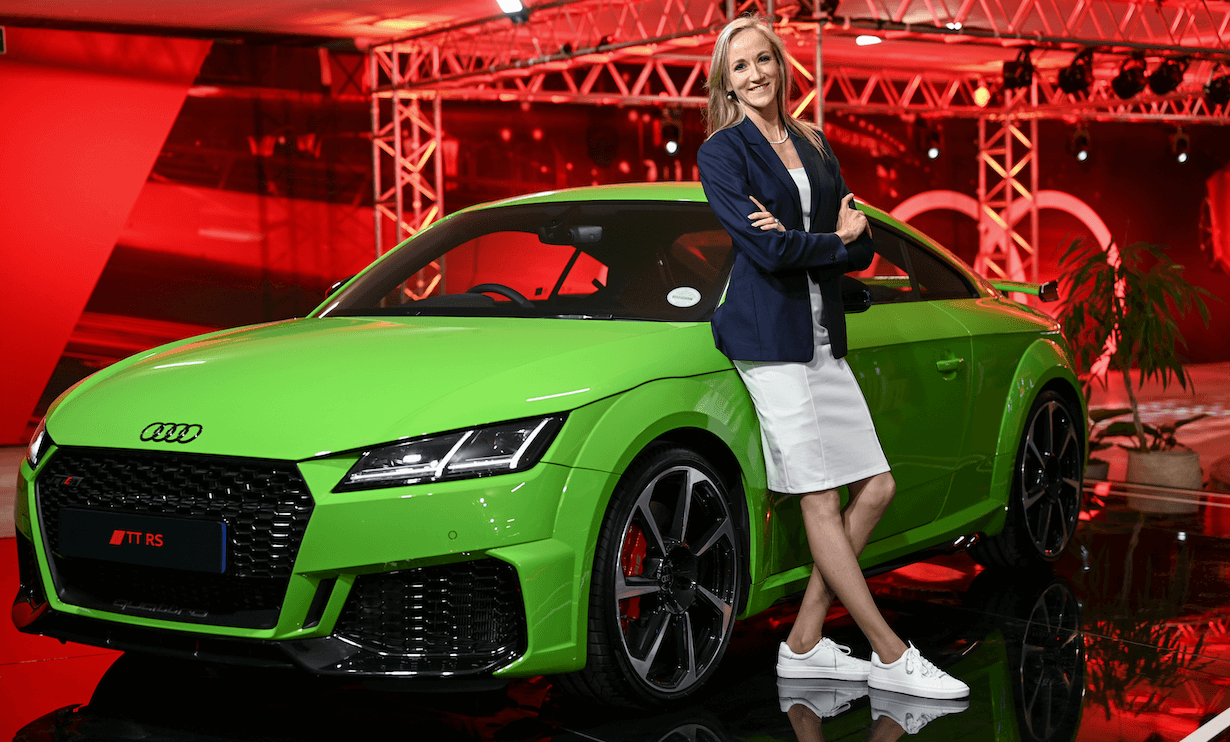 Audi South Africa recently launched 15 new high-performance vehicles to the local market – cars that carry the full weight of Audi’s expertise in design, technology, and engineering.  And while all Audi models earn their rings, only a few embody the red rhombus, writes Tarryn Knight, Head of Marketing and Product at Audi South Africa.

The four-ring Audi logo was started as a union of four performance automotive manufacturers who had joined forces during the late-1920s global recession. Each of the companies was formed under the name ‘Auto Union’ and would later be changed to ‘Audi’. The brand has made its mark in motorsport, with their redefined machines putting them on the map.

But what do motorsport and high-performance driving have to do with your daily commutes? Everything. The brand's origin story underscores our approach to the vehicles denoted by the red rhombus. The red rhombus will represent the latest frontiers of engineering, pushing forwards without looking back.

Some products like the S Line exterior and interior, have been shaped with the appeal being the main attraction, offering a consumer a sportier aesthetic. Other products like S models, go a bit further, with aggressive styling, significant enhancements in engine output, quattro all-wheel drive, more powerful brakes, and a stiffer suspension. At the pinnacle, there is the Rennsport (“racing sport”) or RS models. For many who know, the RS models have established themselves as some of the most powerful and desirable vehicles on the market.

An Audi RS model isn’t just about optimising the engine for more grunt. Instead, it’s about testing what’s possible in a consumer vehicle. Speed and high performance are a given. For example, the Audi RS Q8 can accelerate to 100km/hr in just 3.8 seconds, setting a world record for SUV performance on the Nurburgring Nordschleife lap. Power is the main attraction, but that doesn’t mean that comfort has been compromised. Yes, like an SUV, it offers comfortable off-road with quattro permanent all-wheel drive or cruising on a family road trip using intelligent adaptive cruise control and its host of electronic safety systems.

Some RS models have gotten their own dual personalities. For example, the all-new Audi RS 6 Avant offers all the practical purposes of being a family station wagon: 1 680 litres of luggage capacity when the rear seats are folded down, a relatively economic drive thanks to cylinder deactivation, and a 48-volt mild-hybrid electric that charges while you drive. But once the family responsibilities are over, the RS 6 can bolt to 100km/hr in just 3.6 seconds.

This is the promise of the red rhombus. They are cars that can play multiple roles at once and do them all singularly well. They are uncompromising cars for demanding drivers and connecting them all is the thrill and potential of an open road.