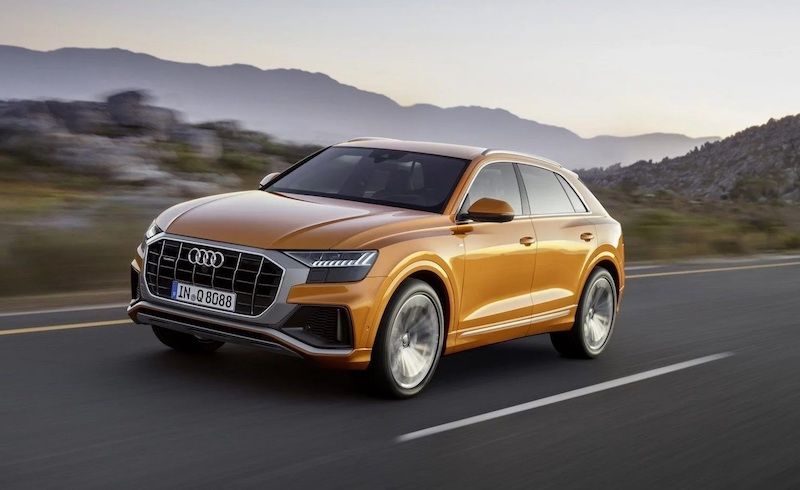 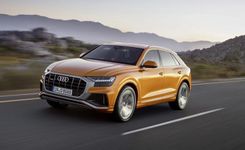 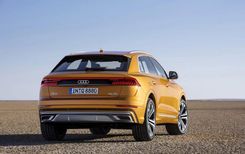 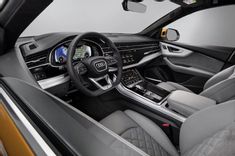 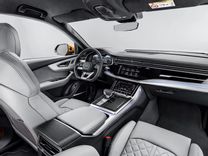 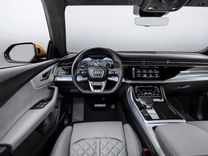 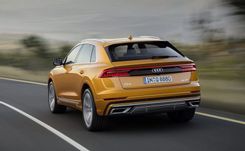 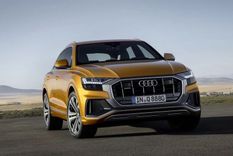 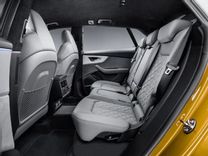 Behold, the new face – and flagship - of Audi’s Q family. This is of course the eagerly awaited – and much hyped - Q8, and it is easily Audi’s most striking SUV yet.

Previewed by the Q8 Concept and Q8 Sport Concept, the new five-seater coupe-styled-SUV aims to provide stiff competition to the likes of the Mercedes-Benz GLE Coupe, BMW X6, and Porsche Cayenne when it launches in South Africa towards the end of 2018.

The crossover makes extensive use of aluminium within it body structure, appears significantly sportier than its Q7 counterpart, and rides on Volkswagen’s MLB Evo platform, which is already shared with several Audi models, as well as the Lamborghini Urus, Porsche Cayenne, Bentley Bentayga and Volkswagen Touareg.

Sporting a bold new octagonal grill with both horizontal and vertical slats as well as frameless doors, muscular wheel arches and a distinctive coupe-like silhouette, the Q8 is claimed to set the stylistic tone of a whole new generation of SUV models from Audi, including the upcoming pure-electric e-tron quattro and smaller BMW X4-rivalling Q4 that’s expected next year. The Q8 is the first of seven new SUVs that Audi plans to launch before the end of the decade.

Along with its bold appearance, the Q8 also brings a number of technical advancements to Audi’s growing SUV line-up, including adaptive HD Matrix LED headlamps and a full width OLED light bar that runs across its rear – as seen on the new A7. At 4.99m long, 2m wide and 1.71m tall, the Q8 is wider, shorter and lower than its Q7 sister model – yet larger than the second-generation BMW X6.  And with a wheelbase of nearly 3 meters, Q8 offers a very spacious interior that Audi claims bests the X6 and GLE Coupe.

As expected, the Q8’s interior is heavily influenced by the new A8, most notably through its adoption of Audi’s new Virtual Cockpit Display digital instruments and a touch screen based digital control system for the major functions. There are two touchscreens integrated into the centre console – a 10.1-inch screen that controls the MMI entertainment and navigation, while the 8.1-inch screen below it controls the climate control and seat ventilation settings. This new layout is expected to also feature in the facelifted Q7 that’s set to debut next year.

There are three motors available at launch – although this will likely vary from country-to-country - two diesels and one petrol engine, all of which are supported by mild-hybrid technology. The 3.0-litre TDI units will be offered in two power trims - 170kw (Q8 45 TDI) and 210kw (Q8 50 TDI) - while the 3.0 TFSI V6 petrol (Q8 55 TFSI) will make 250kw. Quattro all-wheel-drive, a mechanical centre differential to apportion power in a 40:60 split front to rear, and damper control are all standard. Other mechanical bits include the option of all-wheel steering, whereby the rear wheels are capable of turning by as much as five degrees for better agility at low speeds.

Audi Sport have also confirmed that an RS-version is in the works - and based on spy pics – it very much resembles the aggressive Q8 Sport Concept of 2017. It’s widely expected that the RS Q8 will share the same 4.0-litre twin-turbocharged V8 as the Lamborghini Urus – which itself puts out 478kw and 850nm. While still undergoing testing, it is expected to bow before the end of this year, before going on sale before the end of 2019.