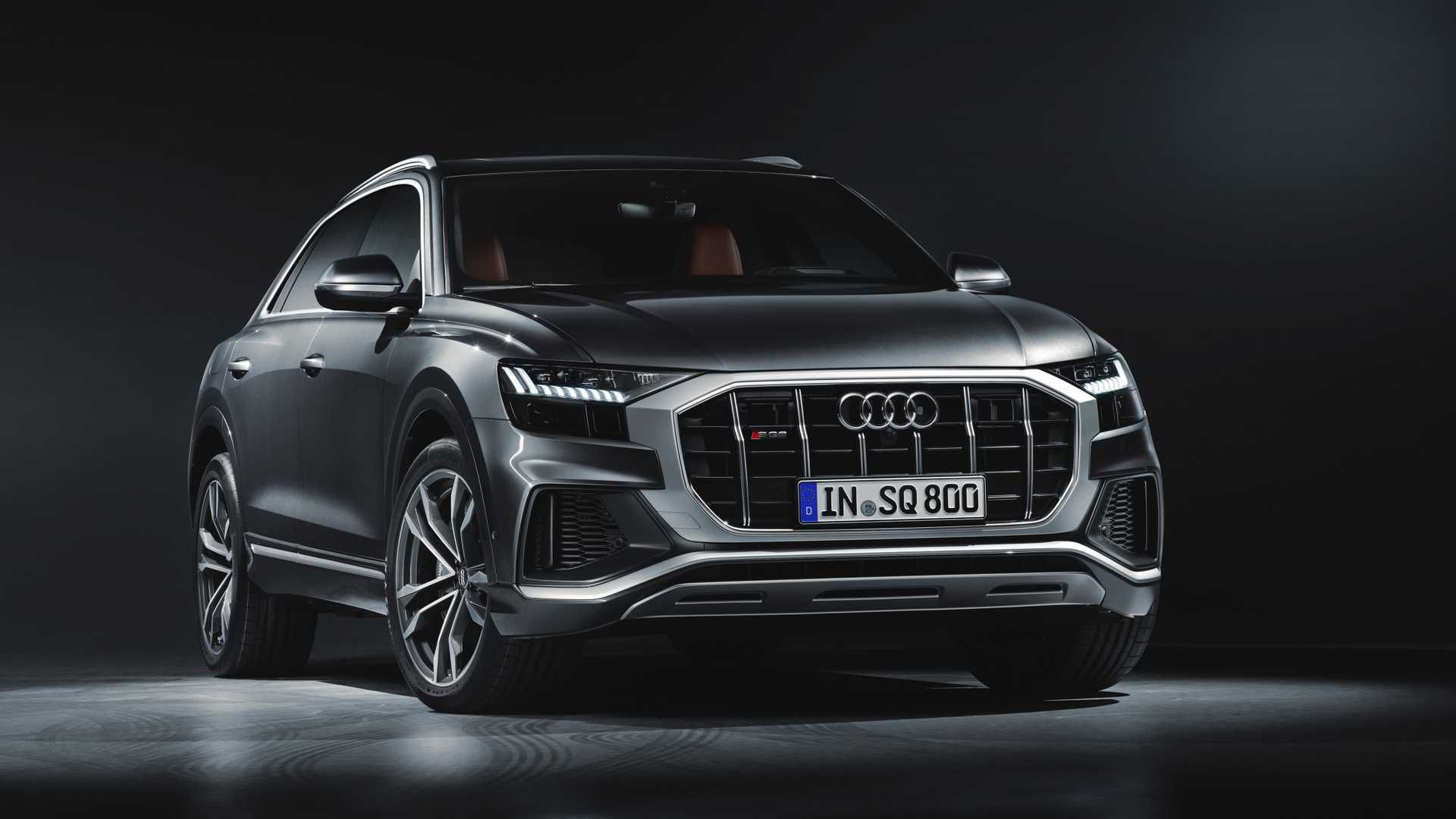 While Audi works hard on putting the final touches on their fire-breathing RS Q8, the Ingolstadt-based luxury automaker has revealed the new flagship for their Q8 coupe-SUV range. These days, automakers view ‘sport’ models as the new black, so it should come as no surprise that the SQ8 is as sporty as they come.

In typical Audi fashion, and much like their other S-Line models, it is understated. In fact, you would be hard pressed to tell the difference between this and the existing Q8 models, but there are very subtle differences. There are redesigned air intakes, massive 22-inch wheels on offer, and quad-pipes exiting out of a new rear diffuser. The interior gets seats upholstered in a mix of leather and grippy Alcantara, with embossed S logos. Completing the luxurious cabin are aluminium door sills and stainless steel pedals.

Currently, the most powerful Q8 on offer in South Africa is the petrol-engined Q8 55 TFSI, which produces 250kw and 500nm from its turbocharged 3.0-litre V6. Much like the latest generation of S-cars, the SQ8 uses diesel power, and it’s paired with a mild hybrid system. The monstrous 4.0-litre twin-turbocharged V8 motor produces an impressive 320kw and an incredible 900nm of torque from as low as 1,000rpm! These massive output figures are then sent to all four wheels via an eight-speed automatic transmission. Thanks to all that grunt and quattro, the big SUV will run the benchmark 0-100kph sprint in just 4.8 seconds and top out at an electronically-limited top speed of 250kph.

And much like how its rivals incorporate the turbochargers into a “hot V” setup, Audi boasts that this creates far superior engine response. The SQ8 also features something called sequential turbocharging, and operates whereby a small charger is active at low engine speeds, while a larger charger engages above 2,200rpm. And as you can expect, this further reduces any impact of the dreaded turbo lag.

As mentioned earlier, an electric-powered compressor fed by the same 48V lithium-ion battery pack which underpins the SQ8’s mild-hybrid system, not only assists the turbochargers when accelerating from lower speeds, and compensates for the turbochargers’ lack of boost at low revs by adding extra pressure to the intake, but it can power the SQ8 to 23kph and offers an energy recuperation system that can recover up to 8kw of energy under deceleration.

Currently, there are two variants of the Q8 available in South Africa – a single petrol and a single diesel variant. The 250kw petrol-engined Q8 55 TFSI is priced from R1 388 000, while the 183kw diesel-driven Q8 45 TDI carries a price tag of R1 439 000. The SQ8 is expected to reach European showrooms later this year, and if confirmed for South African release, should arrive on our shores towards the end of 2019 or in early 2020. Expecting pricing and final specification to be released closer to that time.