GROWING UP GRACEFULLY - Audi A1 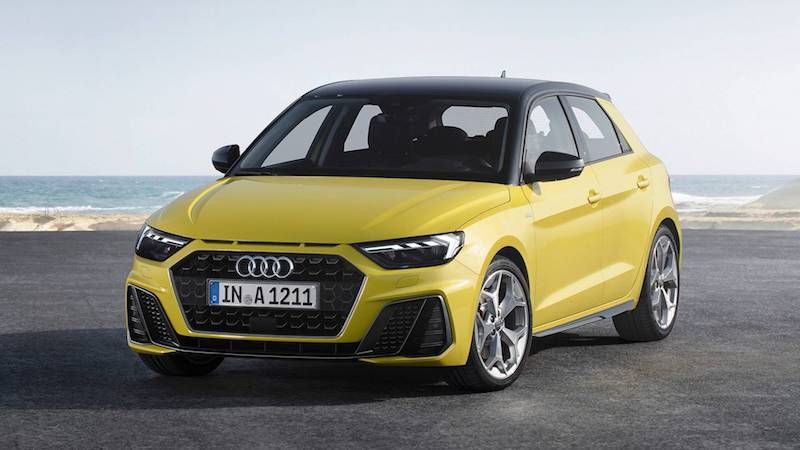 Audi have revealed their dynamic second-generation A1 compact hatchback.

This second-generation Audi A1 shares its mechanical basis with the latest Volkswagen Polo, and because of the shared platform, engines are shared as well. Three turbocharged petrol engines are available in different states of tune (outputs range from 75kw to 147kw), with no diesels offered – for obvious reasons. A 185kw EA888 2.0 TFSI engine and Quattro will make the next Audi S1 the fastest and most powerful car in its class, when it launches next year.

There is a three-cylinder 1.0-litre in two states of tune, a four-cylinder 1.5-litre, and a range-topping four-cylinder 2.0-litre – that is shared with the Polo GTI. Front-wheel drive is standard, and there are a variety of manual and S tronic dual clutch transmission options, with the flagship 40 TFSI model using a six-speed S tronic transmission.

Riding on Volkswagen Group’s latest MQB platform, the MQB AO, the new A1 sports a more dynamic exterior than its predecessor, and is longer, wider and lower than its predecessor. Measuring just over 4 metres long, the A1 stands 1.410mm tall – some 50mm lower than the Polo. This gives it a sleeker look, despite being only available in a five-door Sportback form. There’s also a larger boot, with 335-litres compared to 270-litres of the first-gen A1.

Its exterior is very aggressive, and up front has a wide single frame grille with three slits beneath the hood that pays tribute to the Ur-Quattro and Sport Quattro of the eighties. The S-Line trim seen here gets 18-inch wheels, larger air intakes, a larger rear spoiler and special side skirts. LED headlights and taillights also feature. Oddly, only the 40 TFSI will have visible exhaust tips.

Eleven paint colours are available, and the roof, side skirts, side mirrors, and windscreen pillars can all be finished in a contrasting colour to the body. Meanwhile, on the inside of the car, body coloured trim can be specified. Plus, numerous driver aids are fitted as standard, including lane-keep assist and an automatic emergency braking system

Audi drops the previous pop-up display for a sophisticated MMI touchscreen, which now dominates the colourful driver-focused dash. The high specced A1’s utilize a 10.1-inch screen, while other models come with an 8.8-inch unit. Naturally, it does come with Android Auto and Apple Carplay. The other aspect of the dash - that is an ode to models of yesteryear - are the vents that run a third of the length of the entire dash – giving it a quasi-retro-modern look.

Standard across the range, though, is Audi's Virtual Cockpit digital instrument cluster, which offers driver-configurable displays of a variety of information types, including the option of displaying full-colour 3D mapping in your line of sight. The optional contour and ambient lighting package brings the interior design to life in the dark with LED light elements providing 30 selectable colours. Being a typical Audi, the list of optional extras is long, but this will vary from market-to-market.

That said, according to Audi South Africa, the new A1 is only due to arrive around the middle of 2019.