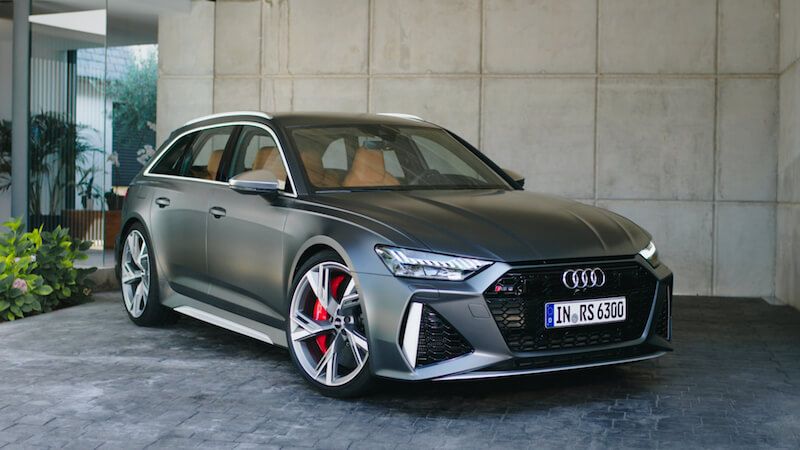 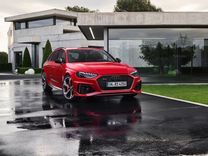 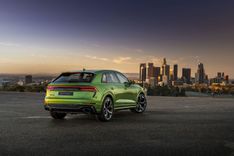 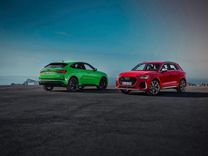 This year has been absolutely busy for the ladies and gentlemen at Audi Sport, but we can’t complain because we’ve been treated to some of the most powerful and beautiful Audi RS models ever made. Let’s take a look at five of the newest Audi Sport RS models that have been revealed in 2019.

Audi RS4 Avant isn’t really a ‘new model’, but it did receive quite a welcomed facelift which saw it receive upgraded tech and a refreshed look. The same turbocharged 2.9-litre petrol V6 from the current RS4 Avant lives to see another day. It produces 331kW of power and 600Nm of torque. The 0-100km/h sprint happens in 4.1-seconds thanks to quattro permanent all-wheel drive and launch control through the 8-speed automatic transmission.

The evil twins that we didn’t know we needed. Meet the new Audi RS Q3 and RS Q3 Sportback, the second-generation of their kind. Both models are powered by Audi’s nine-time ‘International Engine of the Year’ – the turbocharged 2.5-litre five-cylinder, producing 294kW of power and 480Nm of torque. Both models also feature quattro permanent all-wheel drive and a snappy 7-speed automatic transmission that allow them to complete an impressive 0-100km/h sprint in 4.5-seconds before reaching an electronically limited top speed of 250km/h. In addition to the fiery engine, the Audi RS Q3 also receives a lower and firmer suspension, high-performance brakes and a more responsive steering to ensure that it drives and handles like a true Audi Sport model.

The design of the Audi RS6 Avant is absolutely insane. The front has a menacing front bumper and a bonnet vent inspired by the iconic Audi Quattro. At the rear is a set of fat, oval RS pipes and an edgy diffuser while buyers will be able to choose between 21- or 22-inch wheels. Audi is really making progress in terms of electrification. The new Audi e-tron is an embodiment of this pursuit. The new Audi RS6 Avant borrows some of this tech and infuses it with the conventional internal combustion that we’ve come to love in RS models. The RS6 makes use of a twin-turbocharged petrol 4.0-litre V8 in conjunction with an electric motor to produce a staggering 441kW of power and 800Nm of torque. The RS6 sends its mountain of power and torque through an 8-speed Tiptronic automatic transmission to all four wheels via Audi’s quattro all-wheel drive system. This means that you could load your family, their luggage and the dog into the Avant and blast off from 0-100km/h in just 3,6-seconds before reaching the top speed of 305km/h with the optional Dynamic Plus package.

The Audi RS7 Sportback is basically identical to the RS6 Avant, aside from the style of its body. Where the RS6 is essentially a station wagon, the RS7 is a low-slung coupe styled sedan. It employs a 4.0-litre V8 in conjunction with an electric motor to produce a staggering 441kW of power and 800Nm of torque.

The latest model to leave the Audi Sport headquarters and, personally, one of our favourites. The Audi RS Q8 makes use of a twin-turbocharged hybrid-assisted 4.0-litre petrol V8 which delivers 441kW of power and 800Nm of torque. It’s also been built on the same platform as the Lamborghini Urus which enables it to perform as impressively as its Italian sibling. The 0-100km/h sprint happens in just 3.8-seconds before reaching its top speed of 305km/h (which is identical to the Urus). The design is absolutely scary and the green launch colour just makes you think of an angry Hulk smashing everything and anything in its path.